Getting Through to Students Hooked on the Hook-Up Culture 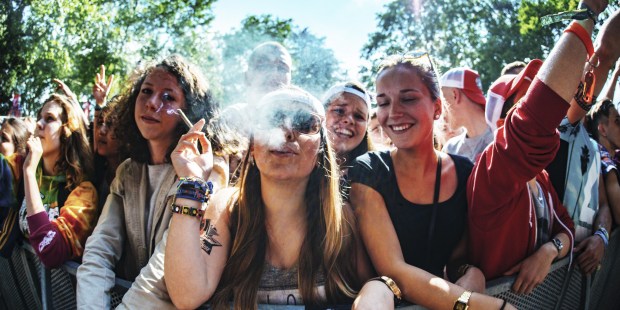 “Teach a boring, bland vanilla medical ethics course. Nothing controversial—because you don’t have tenure. And for Heaven’s sake don’t say anything about sex, because you’re Catholic and you’ll have no credibility!”

This was the advice I received in the mid-1990s, as I was preparing to teach a university-level course in medical ethics for the first time. I did not take that advice.

I did undertake an informal survey of students likely to enroll in a medical ethics class at the school where I then taught. They all told me that they wanted a “relevant” medical ethics course (while apparently unable to account for what they might mean by “relevant”).

I finally decided to express the course in the language of Saint Pope John Paul II, illuminating the conflict between the “Culture of Life” and the “Culture of Death.” The course would be framed on either side by “beginning-of-life” issues and “end-of-life” issues, respectively. My intention was to show that disrespect for human dignity and life at either end would logically entail and almost certainly bring about a disregard for humanity at each stage of life.

How did I make the course “relevant”? At that time and place, I knew that very many students were immersed in a culture of alcohol and promiscuity. They were being told, directly or indirectly, that as long as they followed their conscience (whether well-formed or not was not a concern), ascertained “consent” and were “safe”, then all would be well. They had a blind and passionate devotion to latex as a talisman against pregnancy and disease, and “The Pill” was viewed as a kind of sacrament, imbued with awesome powers that could not be examined, much less questioned. I decided to confront their assumptions with scientific facts, philosophical logic and natural law. It nearly got me killed.

If you want to get a group of young people—steeped in the virtues of “tolerance”, “dialogue” and “diversity”—to become instantly enraged and abusive, just start poking at their fantasies regarding the consequences of promiscuity. The women in class would become visibly agitated when presented with evidence regarding the failure rates of condoms, and the irrelevance of condoms for the transmission of certain types of Sexually Transmitted Diseases. Specifically, latex does little or nothing for diseases transmitted by skin contact. I told the students: “When Planned Parenthood says, ‘Putting on a condom can be a fun part of foreplay!’, they fail to tell you that in doing so you’ve had enough skin contact to get an S.T.D., even if you have had no contact with bodily fluids.”

When talking about how condoms can fail as a result of being exposed to extremes of heat or cold, for example, and develop gaps and channels as a result of being stretched, the sullen anger of the young men in class would boil over. One young man tossed aside the study from a medical journal that I had assigned. “You can make statistics say anything you want!” he yelled. “It’s true,” I admitted. “An author can dishonestly manipulate statistics. Can you show me where the author did so in this study?” He broke off eye contact and put his head down. He thereby signaled that he had dismissed the studying without reading it first, simply because he didn’t like the conclusion—a complete betrayal of the vocation of a university student. Suffice it to say that I brought that observation to the attention of the student and the whole class—at length and in a memorable fashion.

I asked, “Has your doctor told you about any of the side-effects of the Pill? Of the health risks?” They all shook their heads. I then asked, “Doesn’t it bother you that you have to hear about all this from a humanities major like me? Do you think your doctor needs to borrow my copy of ‘Managing Contraceptive Pill Patients’?” Later, several students admitted that they had called home to their mothers and asked, “Why didn’t you tell me about this?” I was shocked that the reported response of each mother was, “Oh my God! What is that priest trying to do to you?”

Similarly, I was met with hysteria and indignation—but no contrary evidence—when I talked about how S.T.D’s are transmitted, and how likely “precautions” are to fail. A few students confided to me, “Father, other students need to hear about this—not just the students in class!” So I started giving a talk in the dorms called, “Father’s Gonna Tell Ya What Your Mother Never Told Ya.” The students called it “The Cooties Talk.” When it was proposed that I give the same talk at Freshmen Orientation, a member of the Campus Ministry staff argued heatedly against it. In fact, he threatened to tackle me if I approached a microphone during Freshman Orientation. He wouldn’t tell me why.

Although my medical ethics class was first framed by beginning-of-life and end-of-life issues, the larger portion was dedicated to the former. I told my students: “Sexuality is a comprehensively human issue. If you get it right, nearly every other moral issue falls into place. If you get it wrong, you’re likely to get nearly every other issue wrong.” My colleagues criticized my course for being “narrow.” Over time, I expanded the course’s treatment of euthanasia, as “right to die” and “death with dignity” campaigns became more prominent.

More recently, I have shifted the focus of the class to demographics, economics and law. In brief, this is my rationale for doing so. For nearly 50 years, the West has embraced a regimen of contraception and abortion. Consequently, we have been undergoing a birth dearth, leading to a coming “demographic winter.” (Addressing the immediate objection: “How can we be facing a demographic winter when the Earth now holds more people than ever?” It’s not because we’ve been breeding like rabbits but because we’ve stopped dropping like flies.) Especially in the West (but elsewhere as well), the population as a whole is aging, and women in their fertile years are not bearing children at “replacement rate”—which means population in the West (and elsewhere) is on the decline.

The birth dearth represents a social and economic crisis for the West. The burgeoning welfare/nanny state, providing cradle to grave care, requires an ever-expanding cadre of young workers to transfer wealth up the population pyramid to support the retirement and health care of an aging population. Economic troubles, social unrest and onerous government regulations are making it harder and harder for young people to get married, start families and start businesses—all essential ingredients in expanding the base necessary to support the growing number of retirees and entitlement beneficiaries. We are witnessing in our time the formation of a population pyramid that is top-heavy, that is, one with an aging majority. In Japan, for example, more adult diapers than infant diapers are sold.

In the United States, this problem of an aging (and often very demanding) population supported by a shrinking pool of young workers is documented with alarming detail in, “What to Expect When No One’s Expecting: America’s Coming Demographic Disaster.” Coupled with that is the disastrous relationship between the federal government and the medical/pharmaceutical/insurance industries (ably criticized by Karl Denninger. The situation is made worse by the crushing debt burdens in America, especially upon the young (see Stefan Molyneux HERE, HERE and HERE Fair Warning: Some may find some of his language offensive). Taken together, these factors constitute an ideal environment for the promotion of euthanasia (especially against the elderly, the chronically ill and the disabled) as a means of “solving” the economic crisis precipitated by the demographic crisis.

Law is also a complicating factor in our present crisis. The “right to privacy” used to ground contraception and abortion, the erosion of protections of conscience and religious liberty, and the ever-expanding legal mandates to pay for “free” health services of every kind and cost, to apparently all who ask for them (including hormone therapy for ‘Transgender Illegals’) form a legal environment that seems to have little regard for human life, human dignity or arithmetic.

Several years ago, my medical ethics class would end just before the dinner hour. Students in that class said they were undergoing, “Father McTeigue’s Medical Ethics Diet” because after that class they would have no appetite for dinner. This semester, when I teach the class at night, students say that they are participating in, “Father McTeigue’s Medical Ethics Sleep-Deprivation Study” because after class they can’t fall asleep that night.

In times past, some students said I was using “scare tactics” to frighten them out of promiscuity. (Some apparently believed that I got a fat paycheck from the Vatican for doing so.) I admitted that I said scary things, but they were truthful as well, and not merely “scare tactics.” Today, my medical ethics students are alarmed, but also determined to seek the help of God, science, their fellow citizens and their fellow Catholics to face the future with hope, intent on serving and protecting God-given human dignity at every stage of life. I am grateful for their courage and generosity, and happy to help them take their part in the struggle. Please pray for us all.

When I write next, I will speak of, “the pain of prophecy.” Until then, let’s keep each other in prayer.

Father Robert McTeigue, S.J. is a member of the Maryland Province of the Society of Jesus.  A professor of philosophy and theology, he has long experience in spiritual direction, retreat ministry, and religious formation. He teaches philosophy at Ave Maria University in Ave Maria, FL, and is known for his classes in both Rhetoric and in Medical Ethics.