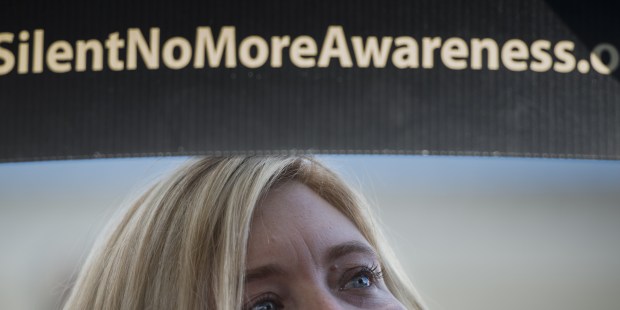 The Holy Father takes to heart Jesus’ words “Go and Sin No More.”

The story of Jesus meeting the woman caught committing adultery echoes down the ages with a freshness that is ever ancient and ever new. The story recounts how a group of religious men brought the woman to Jesus for judgement. She was guilty. According to their law she deserved to be stoned to death. When the hard-core religious leaders demanded her death Jesus replied, “Let he who is without sin among you cast the first stone.”

In the realm of religion there seems to be two categories of people according to two personality types. The first you might call the merciful. They say with Jesus, “Neither do I condemn you.” The second are the judgmental. They scold the person saying, “Go and sin no more.” The first are inclined to be too soft and let people off the hook. The second demand that wrongdoing receive a just punishment. Those who follow the way of Jesus Christ must attempt the same balance he achieved in which the demand for justice is balanced by the need for mercy.

In two recent decisions Pope Francis has showed the world that the Catholic Church does the same work as Jesus Christ in the world today.

Moving forward to the year of mercy which begins on December 8, Pope Francis announced that all priests would have the authority to forgive the sin of abortion and lift the penalty of excommunication from those who have either chosen abortion or helped to procure or perform an abortion. The pope’s decision was misunderstood by some, who concluded wrongly that this was the first time the sin of abortion could be forgiven.

In fact the sin of abortion has always been forgivable, but church rules stipulated that this sin—because of it severity— had to be referred to the bishop. Abortion is considered such a serious crime because the violence is perpetrated on a victim who is completely defenseless. Furthermore, the parent has an obligation of defense and protection of a child and they violated that sacred duty. The sin was to be referred to a bishop also because it was very rare. However, once abortion was legalized in the United States, the Vatican granted American bishops the right to delegate the power to forgive abortion to all priests. The pope was therefore only making universal an act of mercy which was already being exercised in most North American dioceses.

By opening up more chances for God’s forgiveness to be applied, Pope Francis helped to redress the necessary balance between justice and mercy. He did the same this week when he published new procedures for decrees of nullity for marriages. For Catholics marriage is for life, and the only way that a marriage can be ended is for the rightful authorities to examine the marriage to determine whether it was ever valid to start with. If it can be shown that there was a fault in the original marriage, then it can be declared null. When a decree of nullity is given it is, in the eyes of the church, as if the couple had never been married in the first place.

Like the rules for forgiveness of abortion, the rules for annulment of marriages sometimes led to legalism. The process was often long and drawn out. In some places it was costly and cumbersome. Without giving up the ideal that marriages are for life and cannot be broken, Pope Francis has also granted that when a marriage does break down the church authorities can move more quickly to ascertain whether or not the marriage was ever a good one to start with.

This balance between mercy and justice is not simply a matter of being clever with words and ideas. Balancing mercy and justice is always a practical business. Like Jesus with the woman caught in adultery, Pope Francis is acutely aware of the human dimension. He knows that the bar is set very high when it comes to Catholic expectations for marriage. He also knows the weakness of human nature and the difficulties many married couple face.

As church officials gather next month for the Synod of the Family, Pope Francis is aware that marriage and family life are in crisis across the globe and his efforts to fuse mercy and justice are his way of calling all of us to exercise mercy and demand justice so that our marriages and families might be strengthened.