Spiritual Autism and the Catholic-Evangelical Divide 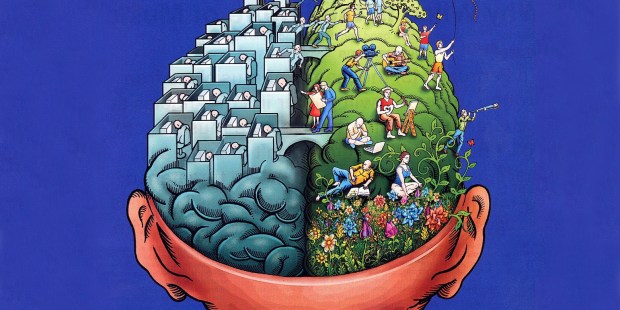 The other day, fellow Catholic Patheosi, K. Albert Little posted a blog titled, Why the Catholic Church Must Become More Protestant.  The post builds on comments by Peter Kreeft suggesting that Evangelical Protestants, in particular, have mastered the arts of relationship-building, discipleship, and evangelization, and that we, as Catholics need to get better at those things not only to survive, but to fulfill our mission of bringing the world to Christ.

“Personal Relationship.” Is It Catholic?

I absolutely 100% agree with Kreeft’s and Little’s points, but I have to say that it pains me that so many Catholics think of these activities as “Protestant.” Back in July, Homiletic and Pastoral Review ran a, frankly, depressing article about how the concept of having a  “personal relationship with Jesus” was somehow, un-Catholic.  While the author of the piece is correct that this phrase has taken on certain anti-clerical, anti-sacramental baggage for some people, it certainly doesn’t need to. The idea of having a personal, intimate encounter and ongoing relationship with Jesus Christ is hardly un-Catholic.

For instance, the Eucharist invites us into a deeply personal encounter with Christ that facilitates not only a spiritual union with God, but a physical one, in which we literally become God’s very own flesh and blood. Unpacking this personal, intimate relationship which, for Catholics, transcends mere spiritual friendship to the point of pursuing nuptial union with God, is the entire point of Catholic mystical theology! The entire job of Catholic spiritual directors is facilitating a more intimate union with Christ. Catholic saints regularly speak of the ecstasy they experience in the “unitive way”– that most intimate stage of the personal relationship God seeks with each of us. These saints bear witness to the intimate future with God that is the spiritual destiny of ever sincere Christian.

I understand why, colloquially, it might make sense to suggest that Catholics need to become more Protestant because, in most people’s minds, relationship-building, discipleship, and evangelization seem “protestant-y.” But this is profoundly mistaken. In many ways, this divide is indicative of a kind of spiritual autism that has infected the Catholic Church.

I want to be clear that I am not using this phrase in a casual or pejorative way. I mean it descriptively. Generally speaking, people who are on the autism spectrum struggle with the idea of relationship. Their brains tend to see people the same way they see objects. They aren’t good at picking up or even appreciating the need for emotions and emotional cues. In fact, the emotional demands of relationships often feel intimidating. Because of this struggle with the relational dimension of their experience, they tend to become fixated on curious hobbies and obsess over minute details. I see these dynamics in certain Catholics’ practice of their faith. This “spiritual autism” tends to cause Catholics to see people as irrelevant. Relationship (with God and others) feels like a painful distraction at best and even unnecessary or offensive. Such Catholics become fixated with doctrine and rituals as if they were the only things that really mattered,  and develop a curious fixation with the finer points of liturgical practice to the degree that it obscures the entire point of liturgy – filling up the senses to prepare the soul for an intimate encounter with the Divine!

Toward a Whole-Brain Spirituality

The cure for this spiritual autism that has infected common Catholic practice is not a reaction-formation that exclusively emphasizes emotion and relationship as the only “authentic” expression of spirituality but rather a whole-brain approach to the spiritual life that begins with an emotional relationship with God and others but is deepened and facilitated by ritual, rubrics, and rites. Analogously speaking, the best expression of a lived Catholic spirituality is that of a healthy family life that is rooted in a deep sense of community, love, and warmth that is then facilitated by rituals like family meals, game nights, prayer times, family days, and date nights. Family rituals can become empty and contentious unless they are fueled by relationship, but in the same way, authentic intimate relationship is impossible, even in families that basically like each other, unless there are family rituals to provide structure to the family life and opportunities for connection around work, play, talk and prayer.

In a similar fashion, Catholics need to become more comfortable with the deeply relational dimensions of our faith. We need to stop seeing them as “protestant” or “other” and start understanding that relationship-building, discipleship, and evangelization and ritual, rubric, and liturgy are just different parts of every Christian’s spiritual brain. If you will, relationship-building, discipleship, and evangelization are more “right brain” expressions of spirituality while ritual, rubric, and liturgy are more left brain spiritual expressions.

The healthy, mature Christian will not run from opportunities to cultivate a whole-brain spirituality that enables us to take full advantage of both the relational and structural dimensions of our spiritual life.

Dr. Gregory Popcak is the Executive Director of the Pastoral Solutions Institute, and the author of  Discovering God Together:  The Catholic Guide to Raising Faithful Kids.

This article originally appeared on “Faith on the Couch” at Patheos and is reprinted here with kind permission.

Editor’s note: In response to Leo Zanchettin’s Questioning “Spiritual Autism”: A Parent’s Response to Popcak, Dr. Popcak has written this clarification and apology, which is posted on his blog at Patheos.