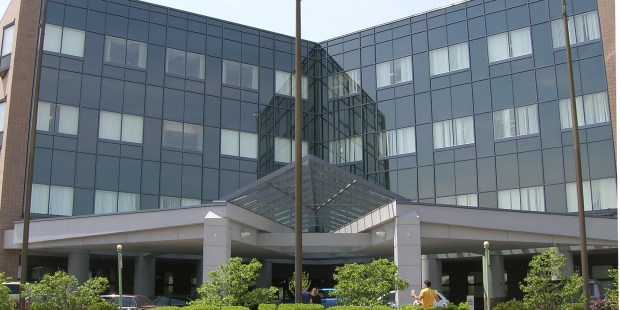 That’s what it says, right smack in the middle of the front page of the American Civil Liberties Union’s website, with the subtitle, “Catholic bishops play doctor with pregnant woman with brain tumor.”

Are Catholic bishops pretending to be doctors?

The story behind the headlines, of course, is a little more involved. According to the ACLU, a 34-year-old Michigan woman named Jessica Mann is about to give birth to her third child. But she has a life-threatening brain tumor, and her doctor advised that she not have children after this one. She therefore asked to have a tubal ligation performed at the same time she gives birth next month via Caesarean section.

But she plans to have the baby at a Catholic hospital, Genesys Regional Medical Center, in Grand Blanc, Mich. And, since it abides by the Ethical and Religious Directives for Catholic Health Care Services, which is a decades-old document published by the United States Conference of Catholic Bishops, Genesys turned down Mann’s request.

“Jessica’s doctor highly recommends that she has no further children due to the strain the pregnancy will pose to her health because of her brain tumor,” the ACLU says. “Although her doctor requested a medical exception to the general prohibition on sterilization procedures at Genesys a few months ago, Jessica was just informed that the request would not be granted. Having a tubal after Jessica recovers from the C-section in several weeks is also not recommended because that would also require another round of life-threatening full anesthesia and surgery.”

The ACLU says that 10 of the 25 largest hospital systems in the U.S. are Catholic-sponsored, and nearly one of nine hospital beds in the country is in a Catholic facility.

“Although everyone has a right to practice their religion as they see fit, religion cannot be used to harm others, which is what is happening here,” the group argues. “Jessica Mann and every person who goes into the hospital seeking medical care should not have to worry that religious beliefs rather than medical judgment will dictate what care they receive.”

The Ethical and Religious Directives state that “direct sterilization of either men or women, whether permanent or temporary, is not permitted in a Catholic health care institution. Procedures that induce sterility are permitted when their direct effect is the cure or alleviation of a present and serious pathology and a simpler treatment is not available.

The Flushing, Mich., social worker was diagnosed a decade ago with two pilocytic astrocytomas, benign brain tumors that can cause blindness or paralysis, among other problems. She underwent emergency surgery to get one removed and has been getting regular care and monitoring to ensure that the other tumor remains harmless, she said.

In an era when personal and institutional conscience and evolving laws increasingly butt heads (the Kentucky clerk who refuses to issue same-sex marriage licenses is another example), some wonder if Catholic hospitals will be facing more challenges in standing on principle. The Mann vs. Genesys case is not the first in which the ACLU has applied pressure on Catholic hospitals.  In August, it persuaded Mercy Medical Center in Redding, Calif., to allow a tubal ligation, although in that case, medical ethicists at the hospital finally determined that the patient had a valid medical reason for one. And earlier this year, the organization appealed a court ruling against it, which also involved the Ethical and Medical Directives.

Robin Wilson, a law professor at the University of Illinois, told the Washington Post that federal law provides an “iron-clad” exemption for medical providers who do not want to provide abortion or sterilization services. More-limited protections exist for providers with other faith-based limitations, although many states require them to provide necessary care to a person in an emergency.

Officials with the ACLU argue that the federal protections cited by Wilson do not apply in the Mann case. Wilson said that Mann’s case is not an acute emergency and therefore the religious directives should be respected.

“If it’s not an emergency, why should you wash out the religious character of that hospital?” she told the Post. “You want a diversity of providers so people who have different values can actually find providers who match those values.”

But beyond considerations of religious liberty, the ACLU of Michigan believes there’s a case for malpractice, especially if Mann has to get her tubes tied during a second surgery at another hospital, according to NBC Nebraska. “They are forcing someone to undergo an unnecessary surgery that is life threatening for no legitimate reason. That is a clear case of not adhering to medical standards,” said Brooke Tucker, a staff attorney with the ACLU in Michigan.

The NBC affiliate added that Mann’s doctor has admitting privileges only at Genesys. At 34 weeks pregnant, she doesn’t feel comfortable getting a new OBGYN.

Genesys issued a statement Wednesday saying: “As a Catholic healthcare system, we follow the ethical and religious directives of the Church. Beyond that, we can’t comment on this patient’s particular case.”

Ascension Health, the nation’s largest Catholic and nonprofit health system, of which Genesys is a member, did not respond to a request for comment.

The ACLU gave the hospital until Sept. 18 to respond.