Pope Francis: Woman Is God’s Strongest Ally in the Battle Against Evil 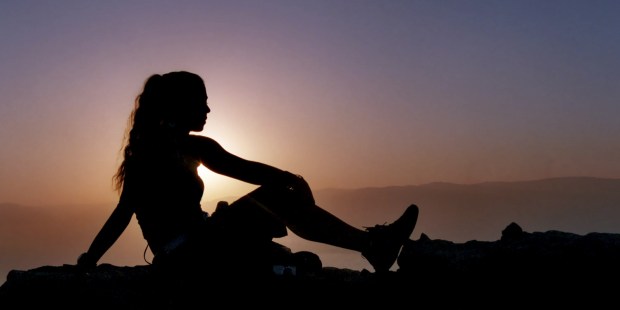 The Pope’s concluding catechesis on the family

VATICAN CITY — In his final catechesis on the family on Wednesday, Pope Francis said the Lord sets a shield over every woman that enables her to defend her children from the devil’s assaults and makes her God’s greatest ally in the battle against evil.

Addressing pilgrims at this week’s general audience — just days before his visit to the United States for the World Meeting of Families and his convening the Synod of Bishops on the Family in Rome — the Pope said: “The ancient story of God’s first love for man and woman was recorded on pages written with fire. ‘I will put enmity between you and the woman, and between your seed and her seed’ (Gen. 3:15a).”

“These are the words God addresses to the deceitful, cunning serpent,” he explained.

“Through these words, God marks the woman with a protective barrier against evil, to which she can turn — if she wants — in every generation. This means that woman holds a secret and special blessing to defend her child from the Evil One, like the Woman of the Apocalypse, who runs to hide her son from the Dragon, and God protects her (cf. Rev 12,6).”

The Pope went on to say: “Think of what profound depths open up here. There are many clichés — sometimes even offensive — about woman as a temptress who inspires evil. Instead, there is room here for a theology of woman that measures up to God’s blessing upon her and the generation [of children].”

Pope Francis on Wednesday called marriage and the family a “fundamental and irreplaceable human community,” saying it has an essential role in shaping an ever more humane political, economic and social life. This role, he noted, is all the more critical today, in a society increasingly subject to technology and to forms of economic colonization that subordinate ethics to profits.

In fact, he said, “in this scenario, a new covenant between man and woman becomes not only necessary, but also strategic, for the emancipation of peoples from the colonization of money.”

The Pope’s words come one day after the bishops of Africa issued a common declaration against forms of neo-colonialism and ideological slavery being imposed on the continent through what they call “filthy campaigns that promote a civilization of death.”

Pope Francis called the union of man and woman in marriage the “golden knot” that holds civilization together. “Faith,” he said, “sees this in the wisdom of God’s creation: that he entrusted the family not with the care of an intimacy whose end lay in itself, but with an exciting plan to make the world a ‘home’.”

“The family is right at the beginning, at the foundation of this worldwide culture that saves us,” adding in unscripted remarks: “It saves us from so much, so many attacks, so much destruction, so many forms of colonization, like that of money, or the ideologies that so threaten the world. The family is the foundation for defending ourselves.”

Because “the created world has been entrusted to man and woman, what happens between them impacts everything,” the Pope said. Reflecting on the biblical account of the Fall, he explained that Adam and Eve’s “rejection of God’s blessing leads inevitably to a megalomania that ruins everything. It is what we call ‘original sin’. And we are all born with the inheritance of this disease.”

But God’s merciful protection over both man and woman is never lacking, he added. “We see the divine tenderness, his care for us, incarnate in Jesus of Nazareth, the Son of God, ‘born of woman’ (Gal. 4:4), and St. Paul goes on to say: ‘while we were as yet sinners, Christ died for us’ (Rom. 5:8).

In unscripted remarks, Pope Francis praised woman as God’s most powerful partner in carrying out his plan: “Christ, born of woman, born of a woman. He is God’s caress on our wounds, our mistakes, our sins. God loves us as we are wants to take us forward with this plan. And woman is the strongest one in carrying this plan forward.”

Pope Francis concluded his final catechesis on the family, saying that the “promise God makes to man and woman at the beginning of history includes every human being until the end of time.” If we have sufficient faith, he said, the families of the peoples of the earth will come to see themselves in this blessing.

“Let us walk together,” he said “under this blessing and under this goal of God to make us all brothers and sisters in life, in a world that goes forward and that comes precisely from the family, from the union of man and woman.”