The 10 Cutest Babies at the World Meeting of Families 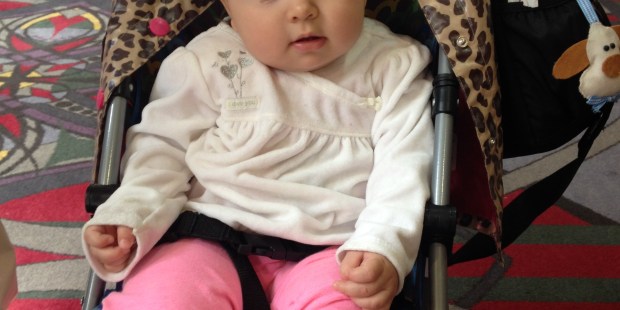 “Let the children come to me, and do not hinder them. For to such belongs the kingdom of God.”

PHILADELPHIA — Over the last days, Americans have been charmed and delighted as they’ve seen babies being swept up in the arms of the Pope’s chief bodyguard, Domenico Giani, to receive a blessing and kiss from Pope Francis, during his apostolic visit to the US for the World Meeting of Families.

Aleteia decided to go in search of 10 of the cutest babies at the WMOF Congress, held September 22-27 in Philadelphia. The event — whose theme was “Love is Our Mission: The Family Fully Alive” — was the largest in its history, with more than 20,000 participants representing over 100 countries.

As we went looking for the little people, we spoke to their parents about their impressions and experiences at the international family gathering. Little did we know how beautiful the stories behind their babies would be.

Twenty-four-month old Maria Cecilia’s mother carried the icon of the Blessed Virgin and presented it on the stage when Pope Francis met with young people at the 2013 World Youth Day in Rio. Her father helped to carry the large cross which has become a symbol of the international youth gatherings founded by Pope John Paul II in 1985.

We met 8-month-old Flynn with his grandparents at the World Meeting of Families, following one of the keynote addresses. His grandfather echoed what we heard from so many parents: what a powerful experience of the universal Church the international gathering offered, and how “inspiring” it was “to be together with so many people who believe in Jesus Christ.”

The parents of 4-month-old Alexander from Costa Rica took us by surprise as they courageously shared their struggle to persevere in married love. They told us they had come even to the point of considering divorce. But as providence would have it, they heard about a retreat and decided to attend. The retreat changed their lives, and their marriage. Alexander’s father told us: “We learned to forgive one another. I asked my wife to forgive me for all I had done, and things changed from there.” With the help of a close friend, they continued to pray and work on their marriage. Today the couple devote themselves together to running a Family Radio station called Radio Immaculada.

The faces of these little ones remind us of the truth of Pope Francis’ words to families at Saturday evening’s Festival of Families; namely, that the key to restoring the family in America and around the world is to be found in opening the door of our hearts to receive God’s love. And the beauty, innocence, and potential of these little ones serves as perhaps the most compelling witness to the perennial truth that “the family is worth fighting for.”

Here we share with you 10 of the cutest little ones at the World Meeting of Families, with gratitude to their parents:

A little one from Uruguay, being shy.

Her nationality is unknown, but her sweetness shines brighter than the day.

Mary — “Out of the mouths of babes comes perfect praise.”

“Her angel in heaven always sees the face of My Father.”

A 3-month-old from Mexico — her father had a mysterious bundle under his coat as he and his wife awaited the Pope’s visit.