Look out for the fella near you; he might be dead 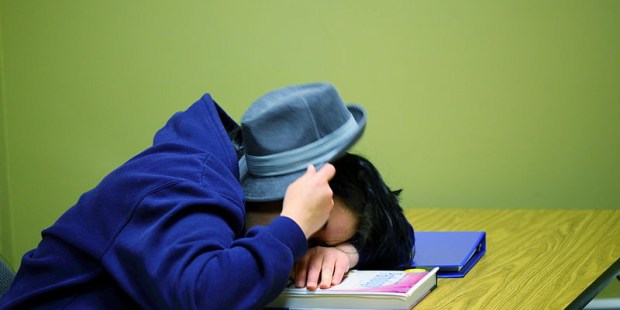 Noticing others, even when it costs us something

In Hong Kong, an elderly woman sits down at a McDonald’s and at some point asks for and is given, a drink of water. After a while, she slumps over on her table, dead, and no one notices for hours as people eat and drink and socialize, and employees who do not wish to be discourteous clean around her.

In New York, a hospital worker goes to the Emergency Room, is seen by triage, and then disappears. Five days later, his body is discovered in a bathroom, after his concerned family demands that the hospital look at security video to determine what had happened.

We are living in an era where privacy is at a premium, where security cameras and closed circuit televisions track our public movements, whether we are crossing a street, or visiting a restaurant or making a trip to the ER, and yet it seems people are dying in the seat next to us, or going “missing in plain sight” — disappearing from our awareness and remaining unchecked-upon — as we do our own things, and mind our own business while we’re at it.

In the great filibuster scene from Mr. Smith Goes to Washington, the protagonist, Jefferson Smith, says to his fellow U.S. Senators, “I wouldn’t give you two cents for all your fancy rules if, behind them, they didn’t have a little bit of plain, ordinary, everyday kindness — and a little looking out for the other fella, too.”

What a quaint notion, to engage in “a little looking out for” each other.

Do we dare? Our society has become so strange, and so litigious, that— never mind “looking out for” — simply noticing someone can be dangerous; “looking” can be seriously construed as a “micro-aggression” which, on college campuses and in some offices, can get you hauled up before authorities wondering just what you meant by allowing your eyes to rest upon something other than the i-thing in your hand, the screen on your desk, or some nebulous region just above, or between, other people.

That’s not to say we really do notice each other much, anymore. We are a distracted people, increasingly focused upon ourselves or any idol that will reflect us back to ourselves in a manner sufficient to our needs. Consider the story of the Alpha Chi Omega Sorority of Arizona State University. Chapter members attended an Arizona Diamondback game, where they ignored the batters and base-runners to better stare into their individual phones — to hold them aloft for incessant selfie snaps or poses with their hot dogs and their churros. When game announcers spotted the young women in all of their distraction, and poked fun at them, the sisters took umbrage. They demanded an apology for the perceived “rant” — which was quickly given — and then, (to their credit) asked the Diamondbacks to make up for daring to notice them by contributing to a favored charity.

Had the announcers been more appreciative of their antics, perhaps the sorority would not have taken such offense. On the other hand, they might have been further piqued; the jeers of a few male announcers might have made the women feel “selfie-shamed”, but public admiration might have brought charges of aggression, sexism and objectification. Either way, the game announcers and the Diamondbacks got off cheap for their sin of having noticed pretty women in the stands; whether feeling mocked at or mooned-over, the sorority sisters could conceivably have brought injury suits, claiming that they had suffered psychological distress from public shaming, or that they were no longer capable of feeling safe while in public, due to the unasked-for notice.

Because we are not supposed to notice anything about anyone, anymore; noticing suggests judging, which is a forever-sin.

And so an older, homeless woman appears to be sleeping in a restaurant, and is given no notice; an injured man walks past someone on the way to the bathroom and no one wonders why he doesn’t return; a bathroom door seems locked for days, but no one questions it.

“How many [people] feel left out of family celebrations, cast aside and longing each day for a little love?”
— Pope Francis July 6, 2015

When Pope Francis talks about reaching out to the peripheries to find people who are slipping through the cracks, he is not only talking about the big gestures, he is talking about the little ones, too; the simple act of looking up, stepping out of our own i-spheres, and noticing another human being.

One night in Penn Station, my son saw a disheveled middle-aged woman asking people for change, because she was hungry. He walked with her to a food stand and bought her a hamburger and fries and a drink and then, as she ate, he sipped on his own soda and chatted with her, casually. When she had finished, she asked if she could hug him, before he took his leave. He didn’t mind that.

When I asked him why he didn’t simply hand her a few dollars and keep walking, which is what I – what most — would have done, my son said doing so would have seemed “dismissive” — that the woman was as deserving as anyone else of being seen, and heard, and known, even if just for a few minutes.

Noticing each other is a good thing; it is not a sin; it is not a judgment. Even if – as has happened of late – simply noticing another dares the disapproval of society, we need to do it. It is the first step in becoming Christ for each other.