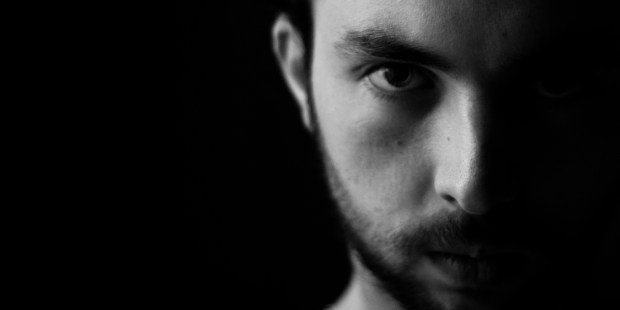 The Church is full of the obedient wounded, who seem to live below the synod radar

Hearing me fret out loud about writing this piece, my eight-year-old daughter offered to write it for me.

“Great,” I said “It’s about the Synod, and how everyone’s focusing on marginal populations, and how the suffering faithful could also use some encouragement.”

Last week I shared “Married to an Angry Man, an open letter to the Synod Fathers, a guest post by Monica More (a pseudonym). Monica does not want an annulment, easy or otherwise. She just wants someone with authority to tell her angry husband that it’s a serious sin to scream and curse at her, to belittle her, to allow his rage at the world to explode inside the walls of their Catholic home.

Then I got an avalanche of letters from women who are living Monica’s life. They aren’t trapped in some irregular marital situation. They’re just brokenhearted. They want someone to acknowledge that conventional, domestic sins can devastate a family. They want someone to hear their sorrow.

We can become so caught up in the great cultural and spiritual wars of our era — wars that swirl around avant-garde sins begging for extravagant mercy — that we forget the family back home, the poor family, the ones we’re defending when we go out to fight.

They’re finding no comfort in all the debates over whether this or that teaching will, can, or should be changed, tweaked, loosened, reaffirmed, translated into the vernacular, or squelched altogether.

What do the Synod Fathers have to say about, and to, the Catholics who did everything right, and their lives are still misery? Don’t we have any mercy for them? Can’t we help them with their cross, or at least acknowledge they’re carrying it?

It’s not just a matter of being sympathetic. It’s a matter of understanding the nature of the cross, the inescapability of suffering.

Pope Francis, may his name be praised, is reaching out to the marginalized, the disaffected, the wobbly, the shunned. It’s the right thing to do, and the right time to do it. And yet, in our zeal to be missionaries in the land of exotic sexual and marital issues, we may commit a subtle, disastrous error. We may tell ourselves that, if we’re accommodating enough, suffering won’t touch us — that with a thorough confession, an especially kind canon lawyer, lots of rosaries, and maybe a spot of therapy, everything will fall into place.

It ain’t necessarily so. The faithful still suffer. The Church is full of the obedient wounded. The flock who never strayed have troubles of their own, and some of these troubles come directly from original sin, the effects of which no doctrinal development, pastoral compassion, or rigorously trained professional can completely undo.

Poor family, they need to hear that their sorrows are known to God and to the Church. That the cross still hangs there above the altar because it must be faced, sooner or later, even when we’re inside the walls of the Church. Sacramental marriage is not a safe, cozy nest where no predators can find us. Every marriage includes some element of the cross. Some marriages, like Monica’s, include very little else. But they are real marriages.

That’s a hard sermon to deliver: the news that not all problems can be solved, not here, not now. Not all crosses, as Kate Cousino wryly points out, can be “whittled down to size.”

Cousino says: “We don’t want to look too closely at the inescapable suffering that faces another for fear that we might learn that living well and truly requires that we also suffer, that we also may someday face a cross that seems too large and too cruel to carry and be asked by Christ to bear it for Him.”

But we do need to look closely at the suffering of others. We need to keep company with those who suffer, to let them cry, to allow them their grief, without making empty promises of relief.

We want to help, to be more welcoming, understanding, and compassionate; but sometimes this mercy isn’t really mercy. Sometimes, it’s fear, and what we really want is to ease up our own crosses preemptively. We know that if we stay with others in their sorrow, and feel the full weight of their crosses, we won’t be able to shrug off our own crosses, when they come. And they will come.

Sometimes a cross can be lifted from us. Sometimes a gay man can repent of a life of promiscuity and can find peace in chastity. Sometimes a rotten tangle of a relationship can be declared null, and the couple will be freed to find real love in a real marriage. It is a very good thing that the Synod Fathers will take a close look at these ugly knots, and try to loosen them.

But it is also a good thing to keep company with the obedient ones as they suffer their quiet agony inside the walls of their Gethsemane of obedience.

Simcha Fisher is a freelance writer and speaker. She blogs for the National Catholic Register and for Patheos, and is the author of The Sinner’s Guide to Natural Family Planning (OSV, 2014). She lives with her husband and ten children in New Hampshire.