Syrian Priest Reveals That He Escaped From ISIS Captivity 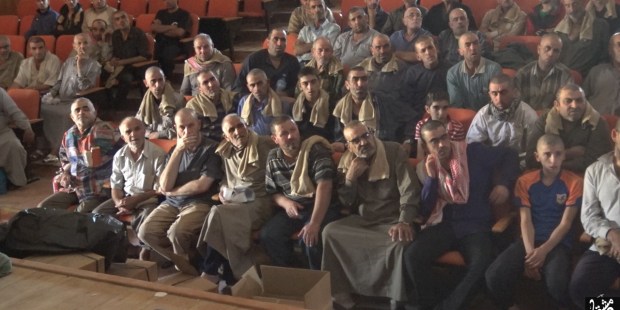 Father Mourad said he was never afraid to die

Aleteia reported Sunday that a Syrian priest who was kidnapped by the Islamic State in May was released.

Now, the priest, Father Jacques Mourad, has told an Italian Catholic television station that he was not released—he escaped.

“I dressed as Islamist and fled on a motorcycle with the help of a Muslim friend” to the town of Zeydal, near Homs.

That is all he would reveal about how he got out of captivity, five months after armed gunmen came to the Monastery of St. Elian in Quaryatayn, where he was prior.

Along with an Orthodox priest and a few Bedouin and Muslim friends, he is now trying to win the release of 200 Christians still in captivity. Forty of them have already managed to escape, reports TV2000, which interviewed the priest by telephone Monday.

He described his life in captivity and the inner peace he said he felt. After his abduction on May 21, ISIS militants held him for four days locked in a car in the mountains before transferring him to Raqqa, the Islamic State “capital,” for three months. On Aug. 11, he was taken to a place near Palmyra, where 250 other Christians were being held.

Father Mourad says he never had a fear of death.

“This is the miracle of God: being trapped and waiting for the day of one’s death, feeling a great inner peace within oneself,” he said. “I had no problem dying for the name of Our Lord. I would be neither the first nor the last, but a martyr among the thousands of martyrs who died for Christ. ”

“Almost every day, someone came into my cell and asked me, ‘Who are you?'” he said. “I answered: ‘I am a Nazarene, that is to say, a Christian.’ ‘So you’re an infidel,’ he shouted, ‘and since you’re an infidel, unless you convert, we will cut your throat.’ But I never signed anything renouncing Christianity.”

While still in captivity, Father Mourad was seen in a video released by ISIS, among a group of Christian men who were being offered a chance to sign a contract with the Islamists. In return for paying a tax called the jizya and other conditions, they would be promised safety. Father Mourad is seen in the photo above, which is taken from that video, seated in the front row, with his hand over his mouth.

The monastery of St. Elian, adjoining the city of Qaryatayn, is about 60 miles from Palmyra. It was known for having hosted in 2013 and 2014 several hundred Muslim and Christian refugees fleeing neighboring villages.