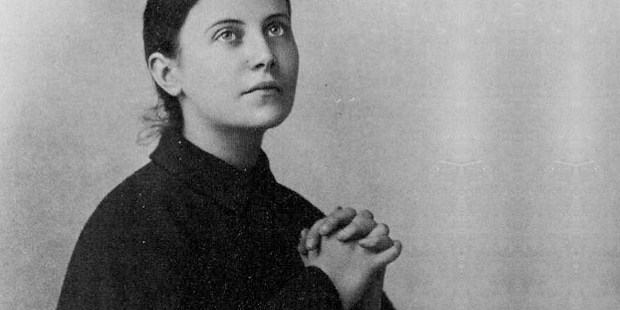 “His claws were brutal”: The Italian saint’s story brings chills but builds trust in God.

This Italian saint was a mystic who lived wondrous mystical experiences. In a letter to a priest, she wrote: “For two days after receiving communion, Jesus told me: ‘Be prepared, my daughter; the Devil, at my bidding, will rage war against you.’ These words I hear in my heart continuously. Please pray for me ….”

She understood that prayer was the best weapon against attacks from the devil. In revenge, Satan caused violent headaches to prevent her sleeping. However, despite her fatigue, Gemma persevered in prayer: “How many efforts does not that wretch make to make it impossible for me to pray! Yesterday evening he tried to kill me, and would have succeeded if Jesus had not come quickly to my aid. I was terrified and kept the image of Jesus in my mind.”

One day while the saint was writing a letter, the devil snatched the pen from her hand, ripped up the paper and pulled the saint off the chair she was sitting on, tearing her hair out in handfuls with “his ferocious claws.” In a letter, she described another diabolical attack: “The demon came before me as a giant of great height and kept saying to me ‘For thee there is no more hope of salvation. Thou are in my hands!’ I replied that God is merciful and therefore I fear nothing. Then, giving me a hard blow on the head in a rage he said ‘accursed be you!’ and then he disappeared.“

“I then went to my room to rest,” she continues, “and there I found him. He began again to strike me with a knotted rope, and wanted me to listen to him while he suggested wickedness. I said no, and he struck me even harder, knocking my head violently against the ground. At a certain point, it came to my mind to invoke Jesus’ father: ‘Eternal Father, through the most precious blood of Jesus, free me!’ I then don’t quite know what happened. That contemptable beast dragged me from my bed and threw me, hitting my head against the floor with such force that it pains me still. I became senseless and remained lying there until I came to myself a long time afterwards. Jesus be thanked!”

Despite these attacks from the devil, Saint Gemma always kept her faith in Jesus. At times she would find comfort in her sense of humor. One day, she wrote to a priest: “If you would have seen him, when he fled making faces, you would have burst out laughing! He is so ugly!… But Jesus told me not to be afraid of him.“

Adapted from Portuguese by Elizabeth Lavigne