Confession and Communion Aren’t Meant to Be Carrot and Stick 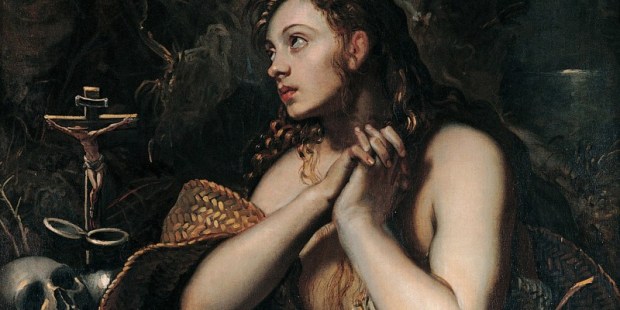 As the Synod Fathers continue their deliberations, the question of who ought to be excluded from communion is looming large in the Catholic consciousness. The matter is too serious to allow a descent into a petty politicization of the Sacrament, and the conversation seems like it could use some direction, so let’s talk about the spirituality of exclusion and the reciprocity of the Sacrament of Reconciliation.

Many Catholics perceive exclusion from communion on purely disciplinary terms: someone has been bad, so someone is not allowed to come down to dinner. Within this framework confession becomes part of a punitive schema—one has to formally abase oneself in order to be allowed to rejoin the family.

It’s not that punishment and discipline are always bad but rather that dealing with communion and confession in this way reduces the former to a reward for good behavior, and the latter to an arena of punishment and humiliation.

Absent from such a conception is the centrality of Christ and of the crucifixion. Christ’s sacrifice establishes a new relationship between God and humanity; mercy, healing, reciprocity, compassion, and communion become the new paradigm through which the Divine law is read.

To really understand what is at play when someone is denied Communion, or when we are called to Reconciliation, requires us to approach these practices not merely as mechanisms of discipline, but as media of mercy. This demands, first, that we understand the sacrament of reconciliation as a reciprocal practice between the penitent and the confessor.

One of the great developments of the present age of the Church has been the shift away from a model of clericalism and patriarchy and toward a model of “mutual subjugation,” to borrow a term from John Paul II’s Theology of the Body.

The adoption of the term “reconciliation” as an alternative name for penance draws attention to the mutuality of the sacrament. It becomes not merely an arena in which the penitent person kneels before an absolute authority and receives absolution but also a place where Church authority comes into contact with the sufferings and struggles of the laity and learns how to practice mercy. The catechism teaches that there are two dimensions to the Sacrament: the reception of God’s forgiveness and reconciliation with the Church (Catechism of the Catholic Church).

While confession before God is an act in which the penitent is always in the role of a supplicant, reconciliation with the Church is more complicated and involves a mutual effort toward the restoration of a broken relationship. This is obvious, for example, in the case of someone who has suffered abuse at the hands of ecclesial authority, especially if the sacrament of confession has been perverted to protect abusers or enforce the victim’s silence. It also applies, however, in more ordinary circumstances, where individuals may have been wounded or scandalized by fellow Christians or have suffered as a result of pastoral neglect.

Throughout Church history the confession of sin has provided the authorities of the Church with insight not only into human weakness but into the needs of their flock. It’s clear that many of the great priest-theologians of the Church (including John Paul II) allowed the experience of the confessional to shape their theology. In the pastoral documents of the Church, bishops often grapple with problems brought to them by penitents who are struggling with aspects of Church teaching. It is here that the hierarchy is exposed to the realities of human suffering and here that the practices of mercy are refined.

It is not going too far to say that the near-crisis tone surrounding the debate on the reception of communion is related to a breakdown of communication between the laity and the hierarchy, precipitated by the widespread abandonment of the sacrament of confession. This is in part due to clerical hardness of heart, and in part due to a defiant attitude among lay people. Fittingly, the resolution of this problem will demand exactly the kind of mutual laying-down-of-arms that is necessary for all processes of reconciliation to succeed.

If we look at reconciliation as a mutual effort, exclusion from communion can then be interpreted as part of a relationship, rather than as a one-sided punishment inflicted on the laity by the hierarchy. Simply put, we don’t only receive communion, we participate in it. When those who cannot conscientiously accept some aspect of Church teaching or Church discipline refrain from the Eucharist, this is not only a source of pain to the non-communicant—it is also a source of pain to the Church. The simple act of coming up week after week, arms crossed, to receive a blessing is a way of reminding your pastor that there is some problem that has not been adequately resolved. It’s not just an act of exclusion, it’s a prompt for improved pastoral care.

Melinda Selmys is the author of Sexual Authenticity: An Intimate Reflection on Homosexuality and Catholicism. She blogs at Catholic Authenticity.