Holding God in the Palm of Your Hand 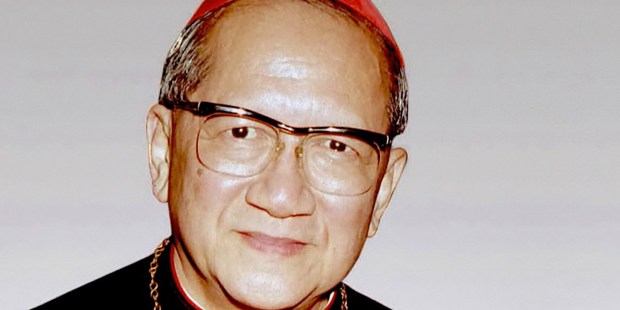 Planning to address the children of his parish as they prepare for their first Holy Communion, Deacon Greg Kandra instead decided to direct his homily to their parents. Given the Ordinary Synod of the family, and upcoming Year of the Family, this decision seems especially appropriate, as parents are the first teachers of the faith. Aleteia shares Deacon Greg’s homily here, in hopes that it will inspire readers to share it, and to teach it, as well.

I’d like to extend a special welcome this morning to the children who are preparing to receive first communion—but I’d also like to welcome their parents. This is the beginning of an exciting moment for your children, but it’s also an exciting moment for you and for all of us as a parish community. And I really want to address myself to you parents who are going to be walking this journey with your kids as they prepare for the sacraments.

We see these milestones in the lives of our children, and sometimes they go by in a blur. Sometimes it becomes a list of to-dos. “I have to take the kids to Mass.” “I have to find their baptismal certificates.” “I have to plan a party.” We become caught up in everything around the sacrament, from the guest list to the menu to the dress, and we miss what it’s all about. I see it all the time with weddings, with baptisms, with first communions.

For a few moments, though, I’d like to press the pause button. Because what these kids are preparing for demands that.

We call the Eucharist “the source and summit of our faith.” And this is what it is all about.

In the early 1970s, during the Vietnam War, the archbishop of Saigon was a man named Francis Xavier Nguyen Van Thuan. The Communists saw him as a threat. And on the feast of the Assumption, August 15, 1975, he was arrested and sent to prison. Without ever being tried, or even sentenced, he was shipped off to a prison in North Vietnam. He stayed there for thirteen years, nine of them in solitary confinement. During his imprisonment, he couldn’t celebrate Mass or receive the Eucharist.

What he managed to do, though, was phenomenal—and reminds us, powerfully, just how vital the Eucharist is.

The archbishop was allowed one luxury: to write letters to friends outside prison. When he did, he often asked them to send him what he called “his medicine.” They knew what he meant. They sent him cough medicine bottles filled with wine and small bits of bread. Sympathetic guards smuggled him some wood and wire, and from that he made a small cross, which he hid in a bar of soap.

He kept all this in a cardboard box. That box became his own private altar. Every day, at 3:00 p.m., the hour of Christ’s death, he would place drops of wine in the palm of his hand, mingled with water, to celebrate Mass.

The greatest ongoing miracle in history was able to take place. That cramped prison cell became as beautiful and as blessed as any cathedral, a sanctuary for the glory of God.

He did this for thirteen years. He was finally freed in 1988. During the Jubilee Year, in 2000, he was invited to preach at the Vatican, and Pope John Paul presented him with a chalice—an immeasurable gift for a man whose only chalice, for so many years, had been the palm of his hand. That same year he was named a cardinal. Two years later he died. The Vatican is now pursuing his cause for sainthood.

This is a man who understood with every fiber of his being how precious Holy Communion is.

And this is what I think we need to pass on to our children as they prepare to receive this sacrament for the first time. The Holy Eucharist is something precious. And it is beautiful. It is a gift of overwhelming love.

And, make no mistake: it is above everything else a gift.

In the gospel this morning (Mark 10:35–45) we hear that the son of man came not to be served but to serve. The message is not about getting but giving. Christ showed us the way to give. And he continues to show it—coming to us as we are, where we are, giving everything.

He is the gift.

We saw what that meant on Calvary.

We’re about to see it again here on this altar, as God comes to us under the appearance of bread and wine—bread, in fact, small enough to hold in the palm of our hand.

I’ll say it again: he is the gift!

What a miracle! And what a mystery.

A couple of weeks ago I preached at all the Masses in a small town in western Illinois. It’s farm country. The big employer is the John Deere factory down the road. That Sunday, again and again, as people came up to receive Holy Communion, they extended their hands to receive the host.

Again and again I rested that perfect piece of bread—the Body of Christ—on the hands of farmers and ironworkers, hands that were worn, calloused, blistered, and chafed, and I realized, maybe as never before, what this sacrament is all about: that in spite of everything, God comes to us in our humanness, our brokenness, our weariness, and our want.

What I witnessed in that parish in Illinois was transformative. I’d never seen people care for the host with so much tenderness and love.

Don’t let the sacrament your kids are preparing to receive become just another picture in the family photo album, another menu to plan or a guest list to draw up.

Remember, instead, the one who came not to be served but to serve. Remember what this means. And remember Francis Xavier Nguyn Van Thuan.

Remember so many others around the world whose names we do not know and who cannot do what we do here today.

This is the gift that has been passed on to us.

It is the source and summit of our faith.

This is what it is all about.

Watch a video on the progress of Cardinal Van Thuan’s canonization cause here.

Deacon Greg Kandra is an award-winning journalist who wrote for CBS News for more than two decades. He is a Permanent Deacon of the Diocese of Brooklyn and blogs at The Deacons Bench.