ISIS: What the “Do-Nothing” West Is Doing 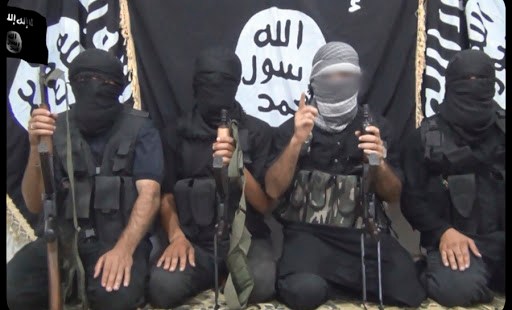 Each day brings fresh headlines about the war in the Middle East—on the forces in Syria and Iraq, refugees the world over and the tense politics woven throughout. Readers absorb thousands of words, yet basic questions remain, especially concerning the role of the West. What are “we” doing, exactly?

One need not look far to find charges of fecklessness, suggesting the United States and European Union are doing “nothing.” While Western involvement has not brought an end to the suffering, this should not be mistaken for negligence; Western foreign policies are calculated to serve particular economic and political interests—as illustrated, for instance, in President Barack Obama’s frank admission to the New York Times last year:

The reason, the president added, “that we did not just start taking a bunch of airstrikes all across Iraq as soon as ISIL came in was because that would have taken the pressure off of [Prime Minister Nuri Kamal] al-Maliki.” That only would have encouraged, he said, Maliki and other Shiites to think: “‘We don’t actually have to make compromises.’”

The Islamic State served as a useful political lever to oust a popular leader; for this reason, according to the president, the group was allowed a free hand toward the people of Iraq.

The growth of the Islamic State owes significantly to the West. For years, the United States, Britain, France, and regional allies such as Turkey and Saudi Arabia have been flooding the Middle East with weaponry to foment rebellion against the Syrian government. Declassified U.S. Defense Intelligence Agency documents from the summer of 2012 describe the bedfellows that resulted: “The Salafist [sic], the Muslim Brotherhood, and AQI [Al Qaeda in Iraq] are the major forces driving the insurgency in Syria. … The West, Gulf countries, and Turkey support the opposition, while Russia, China, and Iran support the regime.”

This same document correctly predicted the rise of an “Islamic State” nearly a year in advance—a “Salafist principality” resulting from the “union” of its Iraqi predecessor group with Syrian terrorist groups feeding on the flow of foreign arms.

“This is exactly what the supporting powers to the opposition want,” it says, “in order to isolate the Syrian regime.”

Consistent with the president’s portrayal of Islamic State as a cat’s paw in Iraq, military intelligence regarded it in much the same light in Syria, before it even existed. Foreign policy reflected this; after foreseeing its own role in the Salafist group’s rise, the US government continued to funnel weapons to what it publicly insisted were “moderate” forces.

The Central Intelligence Agency trained and equipped some 10,000 rebel mercenaries; the US State Department committed aid to the tune of hundreds of millions of dollars; and other Western actors and regional allies conducted similar operations—insisting that, rather than Islamic State or Al-Nusra Front, they work with less extreme groups such as Jaish al-Fatah (which largely consists of Al-Nusra forces) and the Free Syrian Army (a major source of Islamic State recruits).

To the communities of the region, this is hardly news. Many with platforms, such as Syrian church leaders, have expressed their pain and frustration.

He continued: “Al-Qaeda is now a US ally, just because in Syria it has a different name? Do they really despise our intelligence and our memory?”

We are not asking the West for military intervention. … We are asking them to stop arming and supporting terrorist groups that are destroying our countries and massacring our people. If they want to help, they should support local governments, which need … to be strengthened and stabilized. Instead, what we see is their forced dismemberment being fueled from the outside.

Since Russia began its campaign of air strikes on Islamic State forces and other rebels backed by the U.S., some Western rhetoric has changed, though material support for rebels has not, and regime change remains the priority:

[Foreign Minister] Philip Hammond said that the UK could accept Mr. Assad remaining as titular head of Syria for three months or more if it meant ending the conflict, but that he would have to pledge not to run in any future election.

“The Syrians will decide if and when Assad has to go away, and not [the Islamic State] or the West,” the Catholic leader said to Fides. “And it is certain that if Assad goes away now, Syria will become like Libya.”

If governmental policies do not change and the latter comes to pass, such will have been the role of the West.

Answering the initial question prompts a second: Why has the press failed to clarify these matters? The links throughout this report illustrate the availability of information. However, these fragments, when acknowledged, are not considered in totality and are largely mixed with the competing, unsupported narrative of “moderate rebels.”

“Please, I ask you, I beseech you to have another look at our situation to see what is underneath, what is happening,” Melkite Greek Catholic Archbishop Jean-Clement Jeanbart of Aleppo said in a recent speech before the United Kingdom’s House of Lords, entreating against the support of rebel militias.

Indeed, the preferential option for the poor and vulnerable enshrined in Catholic social teaching urges preference for the voices of the oppressed and suffering—such as religious minority populations facing persecution. Where these voices conflict with the prevailing narrative, it falls to all to have another look and see what lies underneath.

Jameson Brower is a freelance writer living in New York.