“Discern If You Must, but Not in Public, Please!” 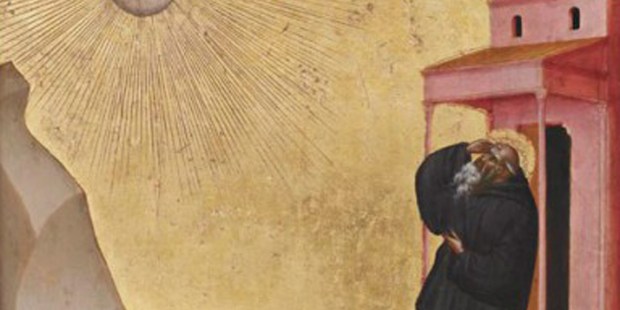 It has been an interesting day or so since publishing a musing that startled me, even as I wrote it, concerning the question of Holy Communion and who may or may not partake of it. As the thing published at midnight, I awoke to myriad responses, the kindest from my friend Tom McDonald, who strongly defends the teaching of the church and understood that I wrote as I did from a place of wondering (it could also be called discernment), which is pretty much how I have always written, because sometimes cliches are right, and yes, faith is a journey.

She wasn’t either turning her back on tradition or running headlong into progressivism, and that people can’t seem to grasp this is merely another example of the triumph of tribalism over clear thinking and the life of faith.

We can grow ossified in our thinking, and Francis has been a good antidote for that. He leads me to some uncomfortable places, and that’s not a bad thing.

Visiting an uncomfortable place … in truth, that was all I was doing in the piece, as I admitted that my own thoughts were surprising me.

For those who thought I was pushing the Kasper solution and were either delighted or confused or horrified by that, I will be very clear: I was doing nothing of the sort. I was simply discerning, and doing it out loud.

“Discerning out loud” is what I have done throughout my career, and while I regret that in this case it caused alarm, my experience with public wondering is that it is a process, one that—if permitted to proceed—always brings me (and the people along for the ride) to the side of Catholic Orthodoxy, but with a better appreciation for things. That is to the credit of the Holy Spirit, I have no doubt, because on my own I’m not that smart. This process of wondering repeats itself over and over again because Catholicism is (despite what the doubters think) a faith that stands up to scrutiny and has always allowed reason to come out and play in its fields, even if things get, as Pope Francis might say, “a little messy.”

If I believe the church is reasonable, though, (I hear you asking) then what am I doing wondering about anything? Why am I not just turning the catechism, which contains 2,000 years of our reasonings, into a liquid medicine and infusing it directly into my veins, so I will never, ever disturb people by discerning in public again?

Well, because Catholicism is also a religion of great, unfathomable mysteries; is it possible that we are done wondering about them? Or may only certain of our number wonder? Or must all wondering be done in silent journals or only murmured behind closed doors?

Several people have told me I have no business “wondering” or discerning in public, but can that be? If we do not wonder in public, how will the church know us and teach us? How will it be moved to consider itself and see where its teachings have perhaps become complacent or are falling short? If no one is permitted a public wondering, how do we learn to talk to each other, generously, respectfully, in a spirit of Christian charity, and toward the strengthening of the whole community?

It doesn’t take more than a cursory turn around the Catholic internet to see that wondering/discernment is forbidden by one faction, and unquestioning obedience is considered ignorance by another; that generosity, mutual respect and charity are in short supply amid our listing barque, which needs the ballast of truth in charity to remain seaworthy.

And that running short, perhaps, is a much greater threat to the church than the musings of one writer (unknown outside the ghetto of the Catholic internet) who openly, clearly confessed her fealty to the church and its teachings, in no uncertain terms, but then dared to add, “But … what if?”

It seems to me there must be an effort to create a stable medium within the church; a place that, like the Corpus at the center of our crucifixes, offers the balance between right and left, between devotion that becomes closed to questions and to charity and the smug dissent that gives a withering glare to simple obedience. Because too much rigidity means things will break apart; too much flexibility means nothing is supported.

Saint Philip Neri, the great “Apostle of Rome,” created the Oratory, and he meant it to be a place of deep worship but also of discussion, debate, learning and study, concerts, and even picnics. His intention was to bring the church outside, into the world, and to bring the world of wonderers into the church. He seems to have anticipated Pope Francis by about 500 years.

When I came to Aleteia, I asked Saint Philip Neri (who promoted dialogue), Saint Francis deSales (patron of journalists), and Saint Mary Magdalene (who first saw the Risen Lord) to be our patrons. My hope was that as Aleteia charted a new course, it would be one that would provide an encounter between all Catholics, of every stripe; that it would contain high-quality writing that would open up spaces for dialogue amid this teeming Internet, and that at the end of each day, we will —despite our fusses and foibles—be able to say, “We have seen the Lord!”

That is my hope for Aleteia, but it should be understood that my words, my thoughts—my habitual musings (which may be imprudent, perhaps, during a synod, but are never offered in bad faith)—are my own; they are by no means reflective of any “official Aleteia” editorial stance.

My previous piece was perhaps not my best work; it was not clear enough for many. Mea Culpa. Still, Christ has given us this church—his Bride on Earth—and has given us the Holy Spirit, the Advocate who cannot be afraid of questions. The Bride is a living entity, meant to be a sign of contradiction to the world. Because the world itself is increasingly tribal, increasingly unable to allow unapproved thinking and “incorrect” speech, her contradiction might have to say, “Here, because we know who we are, you can think; you can ask; you can wonder, because a question will never send you to hell, or cost you your livelihood, or render you anathema, as it can in the world.”

But then, the church must be prepared to answer the questions with the clarity, and the charity, of the True Pedagogue; the Master Teacher.

“Ideas lead to idols,” wrote Gregory of Nyssa. “Only wonder leads to knowing.” The Catholic Church is a church of faith and reason and a ponderer of mysteries; it permits the wondering because it seeks the knowing. And it is for all of us to know.

I am an obedient daughter of the church.

It is because I am that I believe—most fervently—that it can handle the asking.

Which is a good thing too, because … I have another question—if you can stand it.

My final thoughts on this can be found here