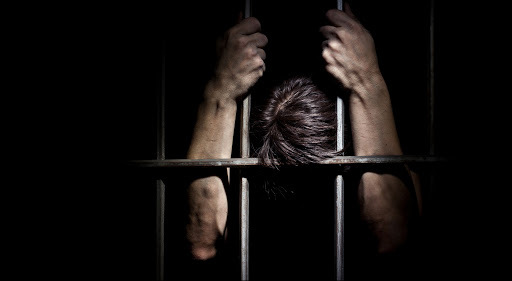 Founded by Christians, the famous INGO has betrayed its original vocation

Amnesty International calls itself an INGO (international non-governmental organization) that protects human beings in accordance with the Universal Declaration of Human Rights. It campaigns actively and indeed often effectively for the release of prisoners of conscience, the right to freedom of expression, the abolition of the death penalty and torture and to put a stop to political crimes. Aleteia rightly quotes it as a source of information when it comes to warning about violations of human rights, abuses and unfair discrimination worldwide.

“Rights” Forged for the Self-Serving Individual

Such was the mission given to Amnesty International by its founders in the early 1960s, British lawyer Peter Benenson and Irish independent Sean MacBride, both Catholics (Benenson, whose real name was Peter James Henry Solomon, was born into a Jewish family, and converted to Catholicism in 1958, several years before founding Amnesty).

But this mission now includes the defense and promotion of a wide range of new civil and political “rights” as well as the economic, social and cultural agenda which stem from a libertarian ideology devoted to the individualist.

Like many NGOs, Amnesty International has put itself ideologically in tow with the UN, bemoans one former activist from the association: “Previously, we went where others would not go. We talked about the political prisoners, the death penalty. Now we are modeled on the UN program. We take care of women, economic and social rights, poverty. It is too wide a spectrum.”*

At the Expense of the Most Fragile

More importantly, it does nothing to protect the most vulnerable human beings, particularly when Amnesty is campaigning for the repeal of all anti-abortion laws in the name of a woman’s “right” to control her own body with no regard for the life of the unborn child. This is why, in March 2007, the organization was condemned by the Vatican when Cardinal Renato Martino, president of the Pontifical Council for Justice and Peace, asked all Catholics and all Catholic institutions to withdraw their financial support.

Also in 2007, in England, Bishop Michael Evans (1951–2011), Roman Catholic bishop of the Diocese of East Anglia, resigned from Amnesty International, which he had been a member of for 30 years, including several years on the steering committee, in protest against the decision to include a “right to abortion” in Amnesty’s program.

Many Catholics followed his example. In 2013, Amnesty International campaigned, in conjunction with the UN’s Human Rights Committee, for Ireland to fully decriminalize abortion. In 2014, it launched the global campaign “My Body, My Rights” for the respect, protection and promotion of “sexual and reproductive rights.” This campaign continues: on September 28, 2015, supporters of Amnesty International participated in an “International Day for the Decriminalization of Abortion” in more than 20 countries.

Building on this libertarian logic, Amnesty International “calls for the respect of freedom of expression and peaceful assembly of LGBT by supporting the ‘Pride Marches’ in Europe” (Amnesty International). It also opted in August 2015 for the decriminalization of prostitution for prostitutes as well as for their customers and pimps, provided that the “sex workers” are consenting adults. The campaign that the INGO dedicated to this dubious cause earned it the ire of famous figures, such as Hollywood actresses Meryl Streep and Kate Winslet, who are strongly opposed to this form of slavery which actually has worsened in countries that have chosen decriminalization (Catholic Herald).

In wanting to move with the times, Amnesty International, like so many other organizations and political parties, turns a blind eye to the plight of the most vulnerable and the poorest people, starting with the unborn. History will probably judge this modern-day attitude as severely as it has judged the past blindness to the fate of entire populations doomed to slavery or extermination by societies that had long been Christianized.