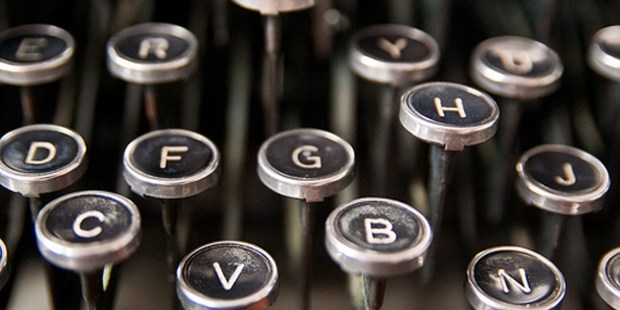 Sometimes a thought is just a thought, but it comes off as something else

“Keep your eyes on the crucified, and everything will become small for you.“—St. Teresa of Avila

Any writer will tell you that, occasionally, a column or a blog post will take on a life of its own, in a fashion wholly different from what the author was intending.

More often than not it happens because an author didn’t write clearly enough to prevent a slew of misinterpretations, and there can be plenty of reasons for that—writing late at night, lack of feedback prior to publication, too many analogies that get in the way. Even though they’re painful, these episodes can be useful in teaching authors (once their heads have stopped spinning) how to communicate more clearly.

That’s happened with my column of October 20, titled Synod Fathers, Fellow Catholics: Do We Still Not Understand?

The piece was written while we—meaning the whole Church but mostly the Catholic Internet—were in the thick of the synod. It was written after I’d read one too many passionate voices progressing from the unseemly fretting that had characterized the entire year since Extraordinary Synod of 2014, into what seemed in some circles to be a breathless and sneering contempt for the “unrepentant sinners”—fellow Catholics who we, presumably, would hope to evangelize and help form-in-Christ, for the sake of souls, both theirs and ours.

The force of the scorn, as I saw it, was so strong that it seemed like it was its own sin—righteousness gone so overboard as to become scandalizing—and my response to it, prompted by hearing words of Christ “in my ear,” so to speak, was to ask a question, to myself and others, that amounted to, “Oh yeah? Who isn’t weak? Who doesn’t have some unrepentant sin ‘in some nook or cranny of the soul?'”

We don’t understand everything, and it is a conceit to suggest we do; even Aquinas, the angelic doctor graced with so much understanding, admitted it after being gifted with a revelation of the Reality that, in his words, rendered all his work into so much straw.

Yet, my piece, poorly framed as it was, made it seem like I’d figured it all out and was tapping my toe, waiting for others to catch up.

My intention was to get us—the whole fretting online lot of us—to take a breath and consider our own sinfulness and all that we do not know amid what we do know; to examine from a place of humility those ways in which Christ might be calling everyone to grow, amid all of the contention of the synod.

Asking “what if …” was simply an exercise of Fides quaerens intellectum—faith seeking understanding. The way I wrote it, though, gave some the impression not only that I might be challenging the Church’s doctrines and disciplines but that I was using Jesus’ words, “Do you still not understand?” as a means of criticizing those opposed to the Kasperian proposal, even though I opposed it myself.

My dislike of Cardinal Kasper’s proposal has been consistent and was predicated on my sense of it being a not fully honest illustration of the realities of our teachings. Only four days before asking “what if …” I had wondered why those synod fathers who insisted that communion for the divorced-and-remarried was a matter of “mercy” were so averse to admitting that our annulment process exists in service to mercy and, yes, to justice. Yet here I was being accused of lining up against our teachings and against John Paul II’s Familiaris Consortio.

Epic fail on my part.

What I was trying to convey got lost in my stream-of-consciousness; clarity was lacking; there was (as a priest-friend said) too much garnish and the meat that was there wasn’t adequately cooked. My attempt to respond in a sequel to thoughtful critics was, for the most part, similarly flawed. I should have known I was in trouble when people who normally find me repellent started calling me “brilliant,” because they perceived me as reflecting their own ideas back at them, like a golden calf.

So, once more, with feeling:

I fully support and uphold the teaching and the practice of the Church with regard to Communion for divorced-and-civilly remarried people; I am not quibbling with Familiaris Consortio.

That said, I also fully support Pope Francis and many others in the Church who want couples in irregular unions to know that they are still part of the family; that Christ loves them and the church does, too; that—as Fr. Robert McTeigue, SJ, wrote this weekend, the idea that our sins are all there is to us the devil’s own lie.

I know I can do a better job at one of the things I and many others strive to do: explaining the why behind the what of the Church’s practices, and the disciplines and doctrines that are there not to block our access to Christ Jesus but to bring about the greatest possible fullness of our encounters with him.

After considering the opinions of others, the counsel of good priests and my own conscience, I realized that my poorly written piece had left some people “wondering” about me. Feedback over the years has helped me realize that many people read me because the “wondering out loud” I’ve done throughout my career is reflective of the same wonderings they have, and that it’s all meant (ala Gregory of Nyssa) to “lead to knowing.” Since that’s true, I have a responsibility to write in such a way that my point won’t easily be misinterpreted, especially when it comes to Church teachings that have—for too long—been poorly communicated to start with and are thus already misunderstood and controversial.

Finally, I admit to some insensitivity to the state of mind of the collective Catholic Internet. In the weeks leading up to and during the synod, the public hand-wringing and declarations of anxious suspicion against our bishops and even of the Holy Father himself had become so wild that non-Catholics could justly have wondered whether we actually had any faith in the Holy Spirit, at all, or if we now believed that only our daily barking outrage could keep the Barque of Peter from capsizing.

Into that teeming madness came Lizzie, crying, “Hey, what if Jesus thinks we still don’t understand?”

Perhaps my insensitivity was a by-product of physical and spiritual fatigue and idolatry; starting a new job on the eve of a papal visit, followed hard by the synod, I had allowed my prayer (and sleep) routines to become haphazard, and my work to come before it, which—as some nag once wrote—is what idolators do. I had shared my thoughts after prayer that had felt like a refreshing spring too infrequently visited, and therefore my piece, and my thought process, was energetic but ungainly. I likely should have let the words, and my mind, rest before publishing.

I do not regret or apologize for asking “what if,” though. We are permitted our wonderings and our questions, without which the answers lay unrealized, and faith can become stagnant and dull. I do apologize, however, to those I confused. There are scandals enough in the church due to our sins, our factions, our in-fighting and opinions (“the pope is a commie,” anyone?), but it was not my intention to add to them.

“Order me inwardly through a good life, that I might do what is right and what will be meritorious for me and a good example for others. Grant that I may never crave to do things impulsively, nor disdain to do what is burdensome, lest I begin things before I should, or abandon them before finishing. Amen.”
—Saint Thomas Aquinas’ Prayer to Acquire the Virtues.