When Health Care Plans Cover Abortion, What’s a Catholic to Do? 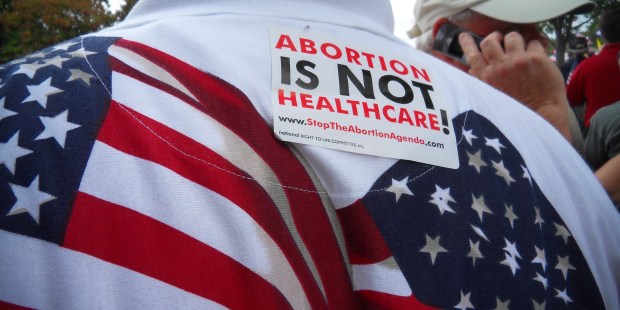 To paraphrase the ad campaign for milk: Got health insurance yet?

Open enrollment, the annual period when people can enroll in an insurance plan through the Health Insurance Marketplace, begins November 1.

But traditional health plans are not the only option, particularly for those individuals—Catholic and otherwise—who are uneasy with the fact that most plans in the age of “Obamacare” cover abortion, contraceptives, sterilization, in-vitro fertilization and other morally objectionable medications and practices.

The premiums that individuals pay into their plans, these conscientious objectors say, help to pay for things that violate the tenets of their religion.

But if they forgo health insurance, they put themselves and their families at risk and subject themselves to government fines for not being covered.

CURO, which is Latin for “to care for,” is a health care cost-sharing arrangement in which members pay a monthly fee that goes toward paying the bills of fellow members. Offered by the Christ Medicus Foundation, CURO is not insurance. It is more of an organized way of facilitating Christian caring for a neighbor in need.

Instead of paying a monthly premium to an insurance company, members send a monthly share directly to another member of the ministry who has a medical need. Members are exempt from the Affordable Care Act’s individual mandate and thus avoid the penalty Americans must pay if they go without health insurance.

How does it work?

When a CURO member goes to the doctor, he tells the health care provider that he is a direct-pay patient and presents his membership card. The receptionist takes the member’s information and the health care provider codes the services provided and sends the total cost electronically for pricing. The information then goes to Samaritan Ministries International (SMI), which works with CURO, for any negotiations. The SMI negotiator will work with the provider to lower the costs of the services and conclude the final cost which the member must approve.

A newsletter goes out each month identifying members with medical expenses, prompting recipients of the newsletter to send a check along with a letter of prayer to the member in need.

To many Americans, this is a new concept, but Samaritan Ministries International has been facilitating health care sharing for more than 20 years. Membership is open to all Christians who indicate their agreement with the SMI Statement of Faith and agree to practice a biblical lifestyle as defined in the SMI guidelines.

Among other things, that means avoiding drugs, smoking, promiscuity and excessive drinking.

As of February 2015, there are more than 44,000 households sharing more than $11 million in medical needs each month under SMI. According to the Illinois based Alliance of Health Care Sharing Ministries, such groups have a total of more than 300,000 Americans. Curo, SMI’s Catholic component, has more than 500 members, and co-founder Michael O’Dea of the Christ Medicus Foundation hopes to double that number in the current open enrollment period. The savings, he said, make it worthwhile to switch over.

“For a large Catholic family, it’s probably a third of what they would have to pay for traditional insurance,” O’Dea said. “And they don’t have deductibles.”