Sickness as a Harbinger of Death 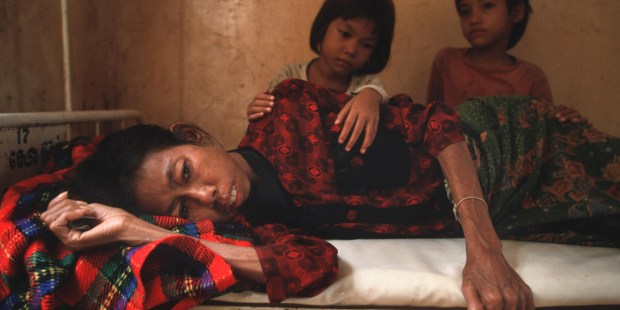 “Hey, everybody—let’s all go to the hospital! Won’t that be fun?” No one ever says that. Why not?

It’s not just the odd or distasteful sights, sounds and smells of the hospital. Deep down, we avoid hospitals—that repository for the sick and the dying, the wounded and the suffering—because those broken bodies and needy souls remind us of our own vulnerability. And that is unbearable to us. We don’t want such vivid reminders of our own inevitable losses and pains, followed ultimately by death. Avoiding hospitals is like whistling past the cemetery—we try to assure ourselves that we don’t need to think about ending up there.

I think of these things now as I have recently encountered a bit of a speed bump in terms of my own health. As I look ahead to spending more time with doctors than I would care to, I know also that, for a while at least, dear friends, familiar places and cherished belongings will be far from me. I feel my fingers being pulled back from what I would prefer to hold close. And I am reminded that there is no one and nothing in this world I can hold onto indefinitely in this life. Eventually, I will have to let go of everyone and everything. Sickness, even one that is not terminal, can be an experience of poverty and a harbinger of death.

I’ve been a missionary in the Third World, so I can say I have never been truly impoverished. I have never lacked what I truly needed. But as I now attend to the more exigent demands of my health, I am, for a while, lacking what I would very much prefer—the people, places and things that have made my life so very rich. That lack is a kind of poverty, at least in a spiritual sense. That poverty is painful, of course, but if cooperated with, it can also be redemptive. It clears a space in my heart and my day that can be filled with God in new ways. It is a kind of poverty that reminds me of what I can afford to lose (people, places and things) and what I can’t afford to lose, namely, God. So the poverty brought about by sickness is also a reminder of sin, and a harbinger of death.

As one undergoes sickness and experiences the grief of consequent loss of human loves and cherished possessions, one should also think of the most complete and catastrophic loss imaginable—the loss of eternal life with God. Only unrepented sin can bring about that most terrible and incomparable loss. As we are taken away from familiar and comforting people, places and things, and experience the sorrow of that loss, we would do well to consider with awe, horror and hope whether we will face the most complete privation of all, that is, the loss of eternal life with God. In light of the real possibility of that ultimate and incomparable loss as a result of sin, which Divine Providence may remind us of through sickness and poverty, we can appropriate anew Saint Paul’s exhortation that we “work out our salvation with fear and trembling” (Philippians 2:12–13).

What I have learned from people who have suffered fruitfully from serious or chronic illnesses is that there are times when one has to withdraw one’s hands from the familiar and even from the future. One has to let go of the resources and plans that one had taken for granted. One has to make a choice to stay firmly attentive upon the present only, where God’s graces and invitations are to be found. That letting go is a kind of poverty, as one is forced to learn (or relearn) how to pray with empty hands. That letting go can be a kind of pruning, cutting back both sin and lesser goods, to clear a space for greater goods, and finally the greatest good, which is eternal life in the presence of God. God is so great that He can take three harbingers of death—sickness, poverty and sin—and use them to our benefit. So we can dare to echo Saint Paul who wrote: “We know that all things work together for good for those who love God, who are called according to his purpose.” (Romans 8:28)

Let’s pray for those who are sick, those who treat them and those who love them—that together they may find God’s wisdom and comfort.

When I write next, I will speak of the differences between wishes, expectations and hopes. Until then, let’s keep each other in prayer.