Dorothy Day and the Scandal of Mercy 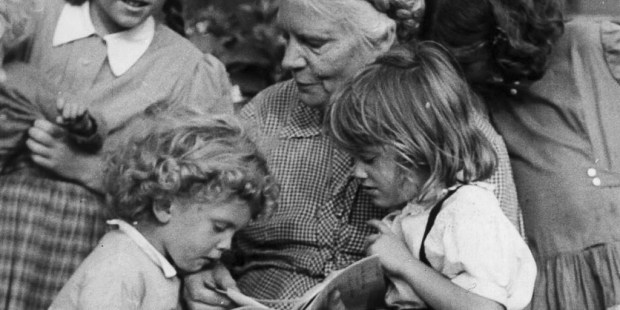 In his historic address to the US Congress, Pope Francis boldly invoked four Americans whose witness often conflicted with popular politics. Along with Abraham Lincoln, Thomas Merton, and Martin Luther King, Jr., the Holy Father lifted up Dorothy Day as an icon of justice in a society plagued by material and spiritual poverty. He lauded a social activism and passion for justice that was inspired “by the Gospel, her faith and the example of the saints.”

Since Francis’s speech to Congress, Day has become an object of our broken and incoherent political rhetoric. Some insist on isolating her rare comments against abortion, while jettisoning her incisive 40-year-long critique of America’s “military-industrial-agricultural-complex” and of the academy’s cooperation with these state powers. Others suggest that because her opposition to abortion was deeply personal, it was therefore politically agnostic.

Both approaches fail to capture the complexity and unity of Day’s critiques as they attempt to render her safe for their respective audiences, who at all times seek ideological orthodoxy. The resulting incomplete portrait shows either Day as a woman who cared only about abortion, which is plainly false, or Day as the firebrand social advocate, who was “personally opposed” to abortion but accepted, with relative serenity, its legality. Day, who never voted but fought for women’s right to vote, confounded such tidy divisions; she declined to engage the American political milieu in such predetermined ways.

Day’s remarks on the subject of abortion are rare but are neither qualified nor made in a vacuum, unconnected to other issues of dignity. Search her prolific corpus, and one finds scant reference to that ordeal of which she had a most intimate knowledge. She wrote a rather clumsy, fictionalized account of her own abortion in an early work, The Eleventh Virgin. She obliquely gestures to the experience in her autobiography, The Long Loneliness, but in truth she expended most of her considerable journalistic talents denouncing state-sponsored militarism, critiquing the development and deployment of the atomic bomb, protesting the scandal of poverty and the treatment of workers, describing the scandal of the works of mercy, writing letters and advocating for a new social order. No doubt, this had as much to do with the historical fact that abortion was not available and practiced on the scale it is today until the end of her life, but one suspects her relative silence on the subject had something to do with Day’s own deeply painful experience of abortion.

In addition to The Eleventh Virgin and The Long Loneliness, Day writes of her abortion again in a tender letter to a young woman named Cathie, whose own abortion left her deeply wounded and contemplating suicide. Here she speaks of pain and hope, healing and prayer. “In a way,” Day writes “to use old-fashioned language, I feel you are a victim of souls, bearing some of the agony the world is in, Vietnam, the Third World, ‘the misery of the needy and groaning of the poor’”(All is Grace 397).

Day again mentions abortion in an August 1973 edition of Commonweal magazine. Writing of her conversion, The Imitation of Christ, and Bartolome de las Casas, she writes:

God forgive us the sins of our youth! But as Zachariah sang out, “We have knowledge of salvation through forgiveness of our sins.” I don’t think anyone recognizes the comfort of this text better than I do. I have not yet been attracted by the present tendency to bring everything out into the light of day by public and published confessions. Were we not taught by Holy Mother Church to respect the modesty of the confessional? Or is that a silly expression? But oh the joy of knowing that you can always go there and be forgiven 70 times seven times. (Even though you wonder, in your distrust of yourself, whether you really mean or have the strength to “amend your life.”) I hope your readers can read between the lines from the above and recognize what my positions on birth control and abortion are.

In the same “letter-article,” she recounts being asked by reports in Australia about her views on abortion and birth control. To these questions she explains matter-of-factly:

My answer was simplistic. I followed Pope Paul. … Thank God we have a Pope Paul who upholds respect for life, an ideal so lofty, so high, so important even when it seems he has the whole Catholic world against him. Peter Maurin always held before our eyes a vision of the new man, the new social order as being possible, by God’s grace, here and now, and he so fully lived the life of voluntary poverty and manual labor.

There is a striking similarity between Day’s straightforward answer and Pope Francis’ first interview with America Magazine where, when asked about abortion, contraception, and gay marriage, he said simply, “I am a son of the Church.” And yet, such simple answers are far from simplistic. Rather, they speak of a life formed in the particular logic of love and mercy.

Day’s most formal statement about abortion appeared The Catholic Peace Fellowship’s “Statement on Abortion,” which she co-signed with six others on June 28, 1974. Here the authors write:

We make this statement to protest a policy and a practice, not to condemn any individual for a tragic decision she or he may have felt forced to make, just as in our protest against war and its destruction of human life we pass no judgment upon the individual who acts in good conscience.

… For many years we have urged upon our spiritual leaders the inter-relatedness of the life issues, war, capital punishment, abortion, euthanasia and economic exploitation. We welcome the energetic leadership our bishops are giving in the abortion controversy and we are proud to join our voices with theirs. At the same time we must point out that, ultimately, the sincerity of our words and theirs on any of these issues will be measured by our readiness to recognize and deal with the underlying social problems which turn many people to these deadly alternatives, to condemn all forms of social and economic injustice and to work for their elimination and the establishment of a social order in which all may find it easier to be “fully human.”

What are we to make of these three references? Are they mere lapses? How are we to interpret them? Taken together, Day’s remarks on abortion offer two essential insights.

1) Mercy allows us to see more. In her “letter-article” for Commonweal, Day quotes the Benedictus: “We have knowledge of salvation through the forgiveness of our sins.” The mercy of God, fully disclosed in the person of Christ, and Day’s encounter with God’s mercy enabled her to see more of reality. Indeed, it is a life of prayer and of participation in the sacramental life that forms such a vision. Grace elevates and penetrates even that which is available to reason. It enfolds us into the logic that knits together all “life issues,” which have tragically become sundered these days.

If this sounds similar to a seamless garment life, it is because it is. But we must be clear; such a vision must avoid conflation. The image of the seamless garment—like the image of the Body of Christ—with Christ as the head, is a hierarchical image. Abortion, the willful termination of human life, is simply not the same moral act as capital punishment or even economic exploitation. Rather, such a vision requires the careful and precise distinction evident in Evangelii Gaudium, when Pope Francis explained why the protection of the unborn takes primacy of place in the Church’s teaching on human dignity.

Defense of unborn life is closely linked to the defense of each and every other human right. It involves the conviction that a human being is always sacred and inviolable, in any situation and at every stage of development. Human beings are ends in themselves and never a means of resolving other problems. Once this conviction disappears, so do solid and lasting foundations for the defense of human rights, which would always be subject to the passing whims of the powers that be.

Such a vision reveals the inner connection of all life issues. We do well not only to remember that the realities of war, migration and economic exploitation often disproportionately affect the most vulnerable among us, namely children, but also that all offenses against human life, in different ways and with different moral gravity, participate in a logic of violence and callous disposal indicative of a throwaway culture. Day expresses this in her letter to Cathie, where she draws the connection between the acute particularity of Cathie’s suffering and suffering in Vietnam, and the groaning of the poor. This is a vision elevated and expanded by an encounter with God’s fierce and tender mercy.

2. Mercy is a habit that requires concrete forms of practice. Peter Maurin famously said that the aim of the Catholic worker was to build a new society in the shell of the old, one that made it easier to be good. In Commonweal, Day couples Pope Paul’s upholding of respect for life and the work of Peter Maurin. For Day (and for us) Maurin is a witness to the goodness of life. He provides a particular enactment of a life conformed to Christ, to the one who reveals the breadth and depth of human dignity, which is made known to us again and again through the tender forgiveness of our sins. It is a life lived within the horizon of mercy.

In his concrete practices of prayer and the works of mercy, the vigorous exercise of his mind and enactment of his vision for an agronomic university, Maurin (and Day) worked to build a “social order in which all may find it easier to be ‘fully human.’” By practicing the way of mercy, by denouncing the powers that oppress, they labored for a society in which it was easier to be good, easier to choose life, easier to “make room for children” and not to “do away with them,” as Day wrote in a letter to Daniel Berrigan (The Catholic Worker, December 1972, 2, 8). Mercy makes it easier to say no to the will to power and violence in all its many forms—abortion, euthanasia, state-sponsored killing, inhuman working conditions, militarism and exploitation of the land.

Day and Maurin practiced the scandal of mercy, and mercy does not choose its own way. It does not say, “I will do this work of mercy but no other.” If we allow it, this same mercy will reach its fingers into our hearts; it will accuse us all; it will burn away our fractured and fragmented conceptions of justice and politics. We will realize that mercy is a bridge. It has wholeness and a breadth and depth that makes it easier to be good.

Jessica F. Keating, M.Div. is the director of Human Dignity and Life Initiatives in the Institute for Church Life at the University of Notre Dame.