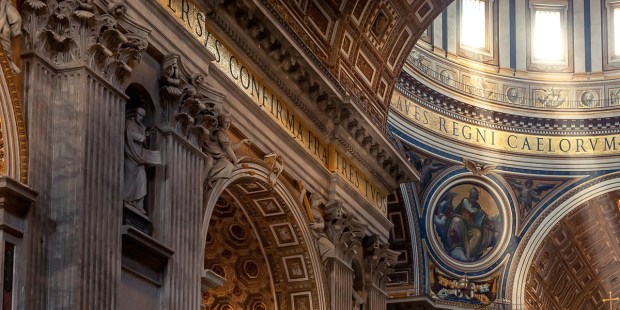 VATICAN CITY — A Spanish monsignor and an Italian laywoman, arrested over the weekend under suspicion of leaking confidential documents, have been accused of questionable conduct by one journalist, since Pope Francis appointed them in 2013.

Italian Vatican journalist Sandro Magister reported on Monday that alarm bells were sounding “immediately and repeatedly” after the pope named them to serve on a Vatican financial reform commission, granting them free access to all relevant confidential papers and records.

An official statement on Monday stated that Vatican prosecutors upheld the arrests of Francesca Chaouqui and Spanish Msgr. Lucio Angel Vallejo Balda. Chaouqui has since been freed because of her cooperation with the investigation.

Tasked with the administrative clean-up operation, Msgr. Balda and Francesca Chaouqui were given free access to all related confidential papers and records.

The two served on the now defunct commission COSEA, a body Pope Francis set up in 2013 to advise him on the reform of Vatican finances, and Msgr. Vallejo Balda continues to work as a Vatican employee.

The Vatican statement concluded by linking the pair to two books containing the papers and documents they allegedly stole, set to be released later this week.

The books are Avarice: The Papers That Reveal Wealth, Scandals and Secrets in the Church of Francis by Italian journalist Emiliano Fittipaldi, and Via Crucis by Gianluigi Nuzzi, who was at the heart of the Vatileaks scandal three years ago. The 2012 scandal culminated in Nuzzi’s publication of the Pope Benedict’s confidential letters and memos under the title His Holiness: The Secret Papers of Benedict XVI.

Writing on his blog Settimo Cielo, Magister said, “it’s a pity that their untrustworthiness was already known ‘ad abundantiam’ [in abundance] since the time Pope Francis had entrusted the two with the administrative clean-up operation.”

He said he began writing of his concerns just four days after Chaouqui and her mentor were appointed, and has since been alerting readers to allegations of impropriety.

On August 26, 2013, Magister published an article in Italian titled “Ricca and Chaouqui, Two Enemies in the House.” In it, he maintains that Chaouqui served as an informant on the Vatileaks scandal to the Italian progressive newspaper La Repubblica, most notably in an anonymous interview conducted just days before the conclave that elected Jorge Mario Bergoglio.

Magister continues: “When, in the days of the conclave, the identity of the anonymous informant to La Repubblica reached even the ears of the substitute Secretary of State, Archbishop Angelo Beccui, he protested to the newspaper.” From then on, he said, further articles visibly linked to the Chaouqui “source” ceased.

Magister asserts that the news of the Pope’s July 18, 2013, appointment of Chaouqui to the Vatican financial reform commission therefore “stunned” those who knew the backstory.

But even those who were unaware would easily get an idea of her character by looking at her Twitter page and scrolling through her messages, he said. Magister maintains that Chaouqui’s account—which was taken down just days after her appointment—showed “a direct line to Gianluigi Nuzzi, the journalist who received and published the documents stolen from Benedict XVI by his unfaithful butler, and that she was an assiduous informant to the site dagospia.com, the most read site in Italy on Vatican slander and venom.”

Positing that Pope Francis did not personally know Francesca Chaouqui, Magister asks: Who convinced the pope to appoint her to such a high position, which would give her access to confidential documents? He responds by laying out the case for why “the most tenable hypothesis” leads to Msgr. Lucio Angel Vallejo Balda.

One of the most important questions now concerns the contents of the soon-to-be-released books.

In its statement the Vatican condemned their publication, saying they “do not contribute in any way to establish clarity and truth, but rather to create confusion and partial and tendentious interpretations. We must absolutely avoid the mistake of thinking that this is a way to help the mission of the pope.”

Another longtime Vatican reporter, John L. Allen, Jr., made three observations on the effect of this story:

1. The Vatican has all but guaranteed these arrests will be a media sensation.
2. This is clearly a new proactive strategy for the Vatican.
3. The authors of the new books must be delighted.