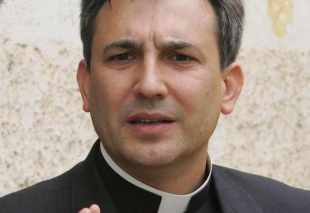 “Msgr. Vallejo is not a priest of the clergy of the Prelature.”

VATICAN CITY — In response to questions regarding Spanish Msgr. Lucio Ángel Vallejo Balda’s relationship to Opus Dei, on November 2 the Communications Office of the Opus Dei Prelature in Rome issued the following statement:

Several media agencies have requested comment from this office about the news on the arrest of Msgr. Lucio Ángel Vallejo Balda. We express surprise and grief at this news.

Opus Dei does not have any information on the case. If the accusations were to be confirmed, it would be particularly painful due to the damage inflicted on the Church.

Msgr. Vallejo belongs to the “Priestly Society of the Holy Cross,” an association of priests intrinsically united to Opus Dei, which has no right to intervene in the pastoral ministry or the work that its members play in their diocese or the Holy See. The mission of the association is is to accompany its members spiritually.

Msgr. Vallejo was called to work in Rome by the Holy See in agreement with the bishop of his diocese (Astorga, Spain). The Prelature of Opus Dei was not involved in this decision nor knew about it until it was made public. Mgsr. Vallejo’s only superiors are the Holy See and the bishop of the diocese where he is incardinated (Astorga).

Asked what it means to say that the international association of priests to which Msgr. Vallejo belongs is “intrinsically united to Opus Dei,” Mr. Manual Sanchez, the organization’s international communications officer in Rome, told Aleteia:

In its Statutes (Personal Prelature of Opus Dei), the Priestly Society of the Holy Cross is set forth as an association of clergy properly and intrinsically united to the Prelature, made up of the priests who form the presbyterate of the Prelature (faithful of Opus Dei who have received priestly ordination) and which priests incardinated in the different dioceses can join who want to seek holiness in the exercise of their priestly ministry according to the spirit of Opus Dei.

Logically, these priests belong exclusively to the presbyterate of their own diocese. They do not become part of the Prelature’s clergy (made up only of those incardinated in it), nor do they have a hierarchical bond with the Prelature or depend on any ecclesiastical superior in Opus Dei.

Their relationship to the President General of the Priestly Society of the Holy Cross (the Prelate of Opus Dei) is of an associative nature. That is, the President has no governmental authority over the diocesan priests who belong to the Society, but only whatever role the head of an association of clergy would have. Therefore, the Society’s priests who are incardinated in their respective dioceses, while having the same call to live the spirit of Opus Dei as any of the faithful of the Prelature, are in no way under the Prelate’s jurisdiction.

Priests of the Priestly Society of the Holy Cross receive from Opus Dei spiritual assistance and, above all, a spirit that leads them to appreciate the gift of the ministerial priesthood in the Church, discovering in all of life’s circumstances a constant invitation to encounter God, in accord with Christ’s example, and to dedicate themselves for love to the service of mankind, especially those most in need.