The “Other” Lost Scriptures 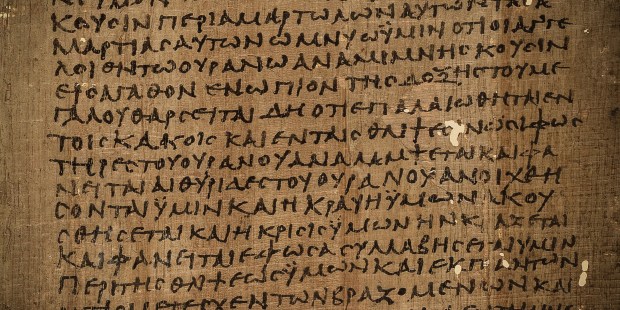 Beyond the Dead Sea Scrolls, Slavonic texts break all the rules

We all know where priceless ancient manuscripts should be found: somewhere remote, preferably a desert, and we need a good hiding place; caves are perfect. In terms of creating a stereotype, the Dead Sea Scrolls are the model case, followed by the ancient Christian and Gnostic texts found at Nag Hammadi, in Egypt, around the same time. Yet one of the greatest such discoveries in modern times broke all those rules, which might explain why it remains so thoroughly unknown outside quite a narrow specialist world. And we still are only beginning to come to terms with the implications.

The story begins in the 19th century, when scholars across Europe were rummaging through medieval manuscripts in old libraries and religious houses. Russian scholars were researching a medieval judicial codex called the Just Balance (Merilo Pravednoe), a collection of historical laws and commentaries. It was not surprising that a legal work compiled in the 14th century should include abundant religious and biblical-sounding material, but much of it sounded bizarre. The manuscript proved to contain an otherwise unknown pseudo-biblical book, 2 (Slavonic) Enoch, or the Book of the Secrets of Enoch. The second book of Enoch tells how the ancient patriarch traveled through the heavens, guided by angels, and witnessed the fate of spiritual beings, good and evil. It clearly stems from a world in which Enoch was seen as the source of vast bodies of esoteric wisdom. 2 Enoch foreshadows dozens of other apocalyptic works and tales of heavenly journeys, up to and including the works of Dante himself.

2 Enoch was probably written in Greek and was then translated into other languages, but the vast majority of what we know comes from these Slavonic texts. It survives in both longer and shorter versions, and the longer has clearly been adapted for Christian purposes. The shorter, older version takes us back to a work written by an Alexandrian Jew somewhere around the 1st century AD—roughly the time of the Dead Sea Scrolls.

That discovery would of itself be hugely significant, but as scholars explored the old Slavonic texts, the more examples they found of these truly ancient writings from the Jewish and early Christian worlds. Different versions of 2 Enoch alone survive in twenty Slavonic manuscripts. Many other works, moreover, do not survive in any other languages, including in their (usually) Greek originals. Among the works that today exist only or chiefly in Slavonic forms, we find the Apocalypse of Abraham, the Ladder of Jacob, 3 and 4 Baruch and the Martyrdom and Ascension of Isaiah. Taken together, these materials give a staggering picture of the kaleidoscopic thought-world of Second Temple Judaism. If such a collection had been found altogether in some Judean cave, the media would have shouted about a second Dead Sea Scrolls discovery.

So why do these “lost” texts survive, and so abundantly? The Slavonic lands were converted under the influence of the Byzantine Empire from the ninth century onward, and they followed the Orthodox version of the faith. Remaining in close touch with Constantinople and other great intellectual centers, their churches preserved and translated older Greek texts, including some that had long since vanished from other areas. Most of this activity probably occurred in the then great empire of Bulgaria. Even as other churches became nervous about these daring pseudo-scriptures, the writings remained widely available in monasteries and churches spread over Eastern Europe and the Balkans. They remained in obscurity until rediscovered by modern scholars.

But that geography raised questions that are intriguing. Through the Middle Ages heresies were very powerful across Europe, and in some cases they amounted to whole underground churches, dominating whole regions. Among the most important and influential were the Bogomils who originated in Bulgaria around 900, and who continued as a powerful force in the Balkans at least until the 15th century. Bogomil missionaries spawned a powerful and legendary Western offshoot, the Albigensians or Cathars, whom we remember from Dan Brown’s The Da Vinci Code. These groups were Dualist, believing in a struggle between the evil God of this material world and the higher God of Light revealed in Jesus.

As scholars explored these ancient Slavonic apocryphal writings, they were struck by resemblances to the doctrines and imagery that the Bogomils developed several centuries later. Some of those pseudo-biblical works suggested that the material world was created by an inferior God, a Demiurge or Craftsman-Creator who was quite distinct from the mighty transcendent Lord. The Bogomils thus originated and flourished in exactly those regions in which these enticing texts circulated in Slavic languages. We also know that Bogomils had a special taste for several ancient works found among the apocryphal writings, including the Apocalypse of Abraham, 2 Enoch, and the Vision of Isaiah.

The similarity between the ancient apocrypha and much later Dualist ideas could be a coincidence, but it is far more likely that those Slavonic writings themselves helped Eastern European thinkers move in Dualist directions during the tenth century. If that idea is correct, we would be looking at a direct influence from the long-extinct fringes of Second Temple Judaism through the heresies of medieval Europe.

Such an explanation makes nonsense of the sharp divisions we normally draw between ancient and medieval religious worlds, and between early and medieval Christianity. Perhaps 13th-century Inquisitors—in the era of Aquinas and Francis of Assisi -really were struggling against ideas that originated in Alexandria and Jerusalem at a time when the Second Temple still stood.

We hear so much about lost causes, in faith as much as politics: But are any ever truly lost?

Philip Jenkins is a Distinguished Professor of History at Baylor University and author of The Many Faces of Christ: The Thousand Year Story of the Survival and Influence of the Lost Gospels
New York: Basic Books, 2015