A Marxist Lesson for Breeding Catholics 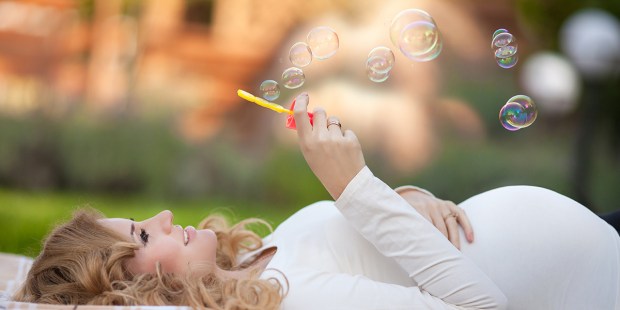 Only the affluent will find being open to life easy. For us, another child means an adjustment downward, but he doesn’t tip the family into poverty, or into deeper poverty. He may mean giving up a vacation if the family’s wealthy, or the Thursday family dinner out if the family’s middle class. Her arrival won’t mean giving up food, or rent or the parochial school that can make all the difference to his older siblings’ future.

Most of us who write about these things can afford to be romantic about them. Those in the Catholic chattering classes who compose warm glowing stories about the beauty of the Catholic teaching—as I have here, for example—tend to forget that we write from privilege. We forget what Marxism 101 would teach us, that we see the world from a specific place in society and favor its interests, and without great effort will be blind to the perspectives and interests of others, especially the poor.

There is in much Catholic writing on married sexuality a reflection of bourgeois good feeling; it treats the Catholic teaching as a pure blessing, with formulaic nods to its difficulty, when for others, not so privileged as we are, it can be a burden and a threat. Catholics who write and speak on sexuality tend to be perky.

I will admit that for myself. I was so excited to discover the teaching and see the changes it brought to my own life, my own middle-class life, that I did not even pause to think about how others less comfortable would feel about it.

Poverty is not the only problem complicating the happy story. Pregnancy physically endangers some women. One young couple I know wanted to become Catholic but had been warned by their doctor that another pregnancy might kill the wife. They could become Catholics, as long as they never made love again. They didn’t enter the Church, and most people can understand why. For them the Catholic teaching was not a path to happiness strewn with rose petals but a very high wall erected between them and the doors of the Church. They were physically rather than financially poor.

Yet the comforting bourgeois story “We can do this but those poor people can’t” distorts the reality. The poor are not merely victims but moral agents who can teach the comfortable, not least about the good life and the place of children therein. As Pope Francis said, “For most poor people, a child is a treasure. … Let us also look at the generosity of that father and mother who see a treasure in every child.”

The affluent for whom the Catholic teaching is not a great burden can fall to the temptations of their class, one of which is to think of their children as lifestyle accessories. The Catholic just has more of them than his secular and Protestant neighbors and can feel a little proud of it. It is easy to feel smug when you can say that you have X number of children when speaking to someone who has X minus 2 or X minus 3 children. You can feel that God rewarded your obedience and sacrifice by giving you more “toys” than your friends have.

Here the Church can be the society Dorothy Day wanted, the society that makes it easier for people to be good—and for the married, part of being good is enjoying sex—amazing but true.

It can’t be acceptable, from the Catholic point of view, that the marital act is so strictly bound by economic status that husbands and wives can enjoy the divine gift of sexual union only if they can afford the result. The Catholic teaching is not for the middle and upper classes alone.

We the comfortable, who speak so romantically of being open to life—because for us, with our privileges, it is a romance—could find ways to make it a romance, and not a terror, for others too.