Praying with Open Hands and a Hungry Heart 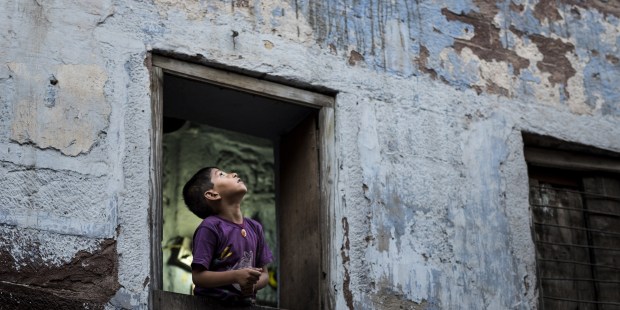 A pilgrim’s prayer beyond wishes and calculations

“Make a wish!” Especially when we are children, we are urged to “make a wish” when blowing out candles on a birthday cake, tossing a penny in a fountain or looking at a full moon. Are wishes something we outgrow?

As we mature, we should outgrow fantastical wishes (“Let every day be Christmas!”) or mere lazy wishes (a velleity, as the philosophers would say), such as “I’d like to get around to learning calligraphy someday.”

Wishes can exert great power over human life—they are visions of (worthy or unworthy) objects of desire. Wishes can become the stars we steer by as we order and live our lives. To understand the power of wish and desire, let’s make an important distinction between calculation and hope.

A calculation is a more or less accurate reckoning of probabilities. I may wish that my 10-year-old car will last another 10; I calculate that it probably will not. My wish is a mere wish, however much I desire it. Desiring an unreasonably long life for my car cannot be an object of hope. Why not?

According to the Catholic Encyclopedia, hope is “a movement of the appetite toward a future good, which though hard to attain is possible of attainment.” I also see hope as a choice to make oneself available to a possible future good. That makes hope a virtue that is a midpoint between the defect of despair (“Why bother? We’re doomed!”) and the excess of presumption (“No need to act! Everything will be just fine!”).

The pilgrim puts one foot in front of the other, on the way to, say, Lourdes. Any Christian—by definition a pilgrim on the way to God—puts one foot in front of the other, day by day, as he lives his Christian vocation. He makes himself available to reach a promised good—a good he is not owed and cannot earn—and he does so with confidence because he trusts in the promise of the God who calls him forward onto the road, through this life and into the next.

Perhaps an illustration of the pain and power of hope will clarify. Distant from a loved one, we say, “I miss you.” The French say it better: “Tu me manqué.” (“You are missing to me.”) In other words the distant loved one, though absent, is a constant presence, a constant companion in his very absence. The pain of absence can soothed and even made redemptive by the hope of a happy reunion. Not hope as a mere wish, but hope as a habit of mind, heart and action.

Holocaust survivors such as Viktor Frankl and Elie Wiesel said those who survived the concentration camps were those who hoped to be reunited with loved ones. The hopeful sufferers were guided by a light that even Nazi darkness could not extinguish. Their hope for a happy reunion with loved ones—beyond mere wish or cold calculation—kept them alive, kept them sane and kept them working with God’s Providence when despair seemed so reasonable and inevitable.

As Jesuit novices we were told we were enrolling in the worldwide mission of the Society of Jesus. For more than 25 years I have travelled about the world, serving in many countries on several continents. I know the seemingly relentless ache of missing loved ones—the constant presence of the absence of dear faces, familiar voices, beloved hearts. I find comfort in knowing that my dear ones hope for a happy reunion as much as I do. I have promised my loved ones that I will not despair of such a reunion. I find hope when the pain of the “not yet” points to the faithful promises of God, who always calls me to himself. I pray every day for the grace to be a pilgrim so that I may answer that call.

November is the time when we pray for our beloved dead. When I write next, I will reflect on the Christian meaning of death. Until then, let’s keep each other in prayer.