Spotlight Film and How the Sexual Abuse Crisis Hit Home 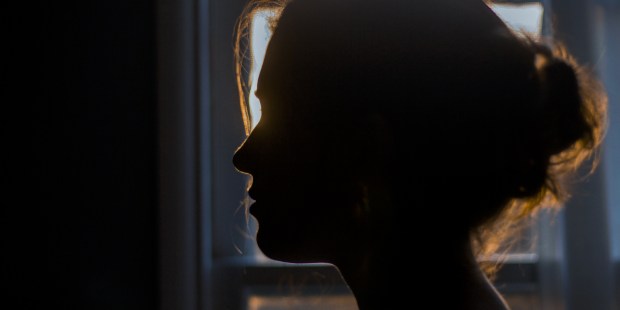 Part 2 of a series on healing for survivors

Yesterday, in light of the new movie Spotlight, which looks back at the Boston Globe’s expose of the clergy sexual abuse scandal, we spoke with two survivors of sexual abuse by priests and the ways they have found healing over the years. Today, we continue our series, speaking with two others who were impacted by sexual abuse, but in ways one might not expect.

Carrie Bucalo writes a blog about her experience. “Monica” is a pseudonym we have used for a mother of a survivor who has requested anonymity.

In spite of the emphasis on priests during the 2002 scandal, abuse can come from others as well—uncles, family friends, coaches, etc. In Carrie Bucalo’s case, it was her own father, who used Church teachings to excuse his abuse. But the damage done, she says, is similar to the wound inflicted on persons abused by priests.

“Regardless of who the abuser is, in cases of like traumatic abuse, ultimately, God’s image is affected by that,” Bucalo said in an interview. “When you have a child who is subordinate to some degree, and you have someone who has authority over you, that is automatically image-of-God type stuff. It could be a parent, teacher, coach, priest. … Parents reflect God’s authority, tenderness, love, protection. The moment someone goes outside of that and misuses his authority, the wound is not only the physical wounds but deeply a spiritual one because your direct relation with God is hurt even more.”

Bucalo’s father was a convert and became an active lay-minister in the local parish. As he was learning more about Church doctrine, he would manipulate parts of it to justify his abuse of Carrie and her sisters, who were then very young.

“He taught me NFP so he could sexually abuse me when my body started maturing,” she recounted. “He would misinterpret scripture, especially about Adam and Eve in the Garden, claiming we were supposed to be naked in the home.”

He was so heavily involved in ministries that, in her mind, Bucalo linked the abuse with the Church. But she thinks the worst part of it all was her father portraying Jesus in the passion play because that gave him a “direct link and image to Christ and the cross.”

“I imagine that victims of abuse by priests experience something similar because they were abused by priests who are offering the Mass, so I feel a deep connection to victims of clergy abuse for that particular reason,” she said. “I understand the depth of that pain, and maybe even more so because I didn’t get to go home and get away from the person. I was constantly with my abuser.”

Bucalo, who has been married now for 10 years and has five children, suffers post-traumatic stress disorder when trying to worship in church or go to confession or pray the Rosary.

Because her father twisted Church teachings in order to justify his abuse, Bucalo said that an early encounter with the writings of Pope St. John Paul II saved her. When she was 14 her religion teacher introduced her class to the papal encyclical Veritatis Splendor, which she admits was over her head, but she picked up on the message that truth is an objective thing that can be known objectively.

“For the first time it sunk in about God as he is, that he is objective, outside of what everyone else wants to say about him,” she said. “I needed to hear someone say something like that, that God is always loving, always good, despite what my dad had done to me. That set my journey off on healing. From there I started reading what the Church teaches on human sexuality.”

When she set up a website five years ago to help give direction to others struggling to overcome abuse, she called it Healed by Truth.

A youth encounter in St. Louis in 1999 and a chance to pray with the relics of St. Therese of Lisieux led her to join the Carmelite order. She spent three years in the convent, an experience she now considers providential.

“One of the fist things I tell victims experiencing PTSD with faith-related things like going to Mass, confession, going to church for any reason, praying, … ‘If you’re experiencing PTSD around a sacramental issue or trigger, don’t feel alone. You’re not a bad Catholic because you struggle with Mass. Sometimes I have really intense pain going to Mass on Sunday. … My two younger sisters have left the Catholic faith because it’s too painful for them. I don’t judge them; they’re suffering tremendously. I pray for them.”

It’s for this reason that she believes the Church should grant plenary indulgences to those who suffer PTSD in order to participate in the sacraments. The Church is a mother, Bucalo points out, and if her children are hurting, “she should reach out to them and reach them where they’re at. A lot of people are suffering just to practice their faith. … The Church has this spiritual treasury, and to tap into that and say, ‘Hey, there’s healing for souls in purgatory, you’re healing the Church, you’re bringing peace and light by your perseverance, by your struggle.'”

Forgiveness also comes into play in Bucalo’s story. “It’s not something you say one day. I’m still angry at my dad. We had to make sure he was in prison,” she said. “What forgiveness looks like at the end of the day is not wishing any ill on abusers in the Church, but wishing for their salvation, and the fruits of that are being able to reach out to God in spite of what other people do to us. So instead of it becoming a heavier weight on our souls, people who harm us, give it to Christ, whatever wounds we bear, we still draw close to God in all those ways that those people were supposed to be reflecting his goodness. So forgiveness ultimately draws us back to God, that objective truth, takes us through the tangle of our lives and directs our hearts back to him and that’s where we can live a healthy life, be happy, have blessedness, fruitfulness, that’s where all of that comes from.”

Bucalo’s story of a father’s abuse of three girls in his own household may be extreme, but “Monica’s” story is emblematic of how the abuse of even one child by a priest can impact an entire family.

In 1989, one of Monica’s sons, then 28, told her he had been abused by a priest in the Archdiocese of Boston when he was a preadolescent. But his changed behavior had already suggested to her that something had happened.

“He had a girlfriend, and they broke up when he was 16,” Monica said in an interview. “His reaction to breaking up was completely out of proportion. He was crying, he was pacing. He was 11 years old when [his abuse] happened to him, and during those ensuing years he had gone from a happy kid to a cranky kid. I thought he was just going through cranky teenage years.”

Her son had made comments about a priest in their parish over the years, and when he displayed his “out-of-proportion” reaction to breaking up with his girlfriend, Monica asked him, “Could this have anything to do with Father [X]?”

“And he said, ‘It might.’ So I said, ‘I don’t want to know what happened, but I do want you to go for counseling.’ At 17 he went for counseling, and then he stopped going, and he was just never really happy.

“My other five children didn’t realize what was wrong with him,” she added. “They were fighting with him all the time. He was just so angry, so moody. It has that ripple effect on an entire family when you don’t know what the cause is.”

The priest who abused her son had been at their parish for five years and may have abused 40-50 kids, she said. But people were slow in coming forward.

“The amount of denial on the part of families is what really shocked me,” she commented. “You know your kids went to this school, and you know this priest was in this school; you know things went on in that school, in that darkroom or whatever he had, and yet people would not admit that things happened to their kids … because, I think, parents felt the element of guilt. People didn’t want to think, ‘I didn’t watch my kid, and I wasn’t aware of this.’ So you have a suburban town where everything is perfect … this is not even talked about, not even mentioned.”

When the scandal broke in 2002, she said, she was “shocked at the numbers.”

“I thought it was an aberration, that this guy was a jerk and a queer, whatever you want to call him,” she said. “The priest who affected our son probably affected the lives of over 200 kids and their siblings and families. That’s pretty mind-boggling when you stop to think of it.”

Monica feels that with all the focus on the priests and victims, the families of victims “kind of fell through the cracks—the grief that we suffered and the guilt we suffered, thinking we put them in harm’s way: ‘Why didn’t I notice this?’ The self-recrimination, ‘I should have protected him. Does my child hold me responsible? Does he hate me? That whole piece nobody accented during that time.”

Though she gives Boston Cardinal Seán P. O’Malley credit for reaching out to families, and she believes “it made a difference when Pope [Benedict XVI] apologized,” she thinks there could be “more from Rome in recognizing the parents and grandparents of the victims. There could be more sympathy, more recognition of the pain and sorrow they went through in dealing with their child.”

Cardinal O’Malley has reiterated the apology of the archdiocese of Boston, in a statement issued on the eve of the release of the “Spotlight” movie. “We have asked for and continue to ask for forgiveness from all those harmed by the crimes of the abuse of minors.” He said he has been “deeply impacted” by the histories of the “hundreds of survivors of clergy abuse” he has met with over the last 12 years. The cardinal said he is “compelled to continue working toward healing and reconciliation while upholding the commitment to do all that is possible to prevent harm to any child in the future.”