Pope Francis’ Annulment Reforms Are an Act of Mercy 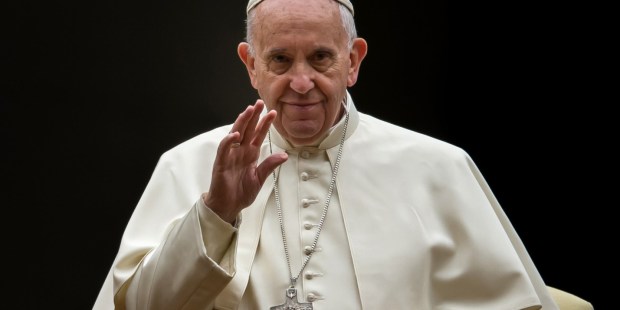 The annulment reforms will come into effect on December 8, 2015, on the Feast of the Immaculate Conception and the first day of the Jubilee Year of Mercy that Pope Francis has declared. The pope may be signaling that he sees the annulment reforms as an act of mercy.

Greater access to annulments may help many people to reconcile with the Church. No system is perfect, including the annulments system, because it’s made up of human beings with their weaknesses and failings. But I have spoken to canon lawyers across the country who are dedicated to their jobs, the system, and their faith. One judicial vicar whom I called declined to comment directly to the press because of diocesan policy, so we prayed together instead. These men and women are striving to do the best they can.

Pope Francis’ annulment reforms highlight more of what’s right with the US system than what’s wrong. The reforms geared at increasing the speed of the process will shave off only a few months here, as opposed to years in other countries. (The widely reported “45 day annulment” is a myth.) Fees here will generally be lower, but most US dioceses were already shouldering the lion’s share of the cost and did not turn people away if they couldn’t pay.

I talked about the annulment reforms at length with Fr. Richard Welch, the judicial vicar of the Tribunal of the Archdiocese of New York, and Aldean Hendrickson, the Director of the Diocesan Tribunal of New Ulm, Minnesota. Following are their thoughts.

Fr. Welch (NY): In some dioceses, in some countries, perhaps. But not here. Typically, in our Tribunal, by using the ordinary process and following all its steps, a case is finished between 5 and 7 months. I know there are countries in South America, where the process could take 5 to 6 years. That’s not our situation. The process is completely and easily available to anybody in this Archdiocese and in most dioceses in the United States. And the cases actually go through fairly quickly. We have 20 staff members employed at the Tribunal because of the generosity of the Archdiocese, so we can keep cases moving—without cutting any corners, of course.

Hendrickson (New Ulm, MN): In my estimation, the general sense of the faithful right now is that the process is too much trouble to bother with, so if these few reforms encourage new numbers to at least approach their tribunals with cases, then I think that will be a great blessing to those members of the faithful, and to the Church as a whole.

Fr. Welch (NY): The Conference has not yet made a pronouncement. But the decision is always ultimately the bishop’s. So Cardinal Dolan has determined that fees will cease by December 8. I agree that’s a good decision at this time.

Hendrickson (New Ulm): I have not heard of any discussions yet by the Episcopal conference to address the question of a uniform approach to tribunal fees. Certainly the trend among individual bishops over the past year has been to announce, with great media fanfare, that they are doing away with fees in their respective tribunals, and I would expect that trend to continue.

Fr. Welch (NY): The typical fee was $1,200, if the petitioner could pay. No one’s case was expedited or slowed down because of monetary concerns. The Archdiocese always subsidized three quarters of the costs of the process. Now, the Archdiocese will subsidize the process in full. It’s not free because somebody’s paying. For the ordinary process, I would estimate the cost to be at least $5,000. As of December, petitioners could make a donation to the Archdiocese, not payable to the Tribunal, if they are inclined to do so.

Hendrickson (New Ulm): At a very rough estimate, salaries alone multiplied by the hours of work involved would put the cost of a case in my tribunal in the vicinity of $3,000. Simply dividing the tribunal budget by the number of cases in a year would, at the moment, give a cost between $8,000 and $9,000. We are a small diocese with a very small shop and considerably less overhead than I imagine could be the case in a larger diocese. The point being that, no matter how you slice it, the cost of a cause of matrimonial nullity is not insignificant. Our diocese has never had such a fee at the outset of the case, but does ask for a “donation” from the petitioner ($500 is suggested) after the case is completely finalized in the petitioner’s favor. Only a very few petitioners each year make any response to this solicitation.

Fr. Welch (NY): Eliminating the automatic appeal can remove a significant amount of time from the process. After we finished with a case in first instance, sometimes the case would stay many months in the court of second instance because they don’t have the staff we do. I am concerned about taking away oversight and have been for some time. But the reality is that the Interdiocesan Tribunal of New York has 9 dioceses, and they don’t have the staff to hear the hundreds of cases that may come before them in a year. Of course the right to appeal any case remains intact.

Hendrickson (New Ulm): There are strong opinions on both sides of this question. I absolutely believe that sufficient care can be given in the first instance without an appeal: I am just not sure I believe that it will be.

Fr. Welch (NY): The decision is left to the judicial vicar alone. As the judicial vicar making this decision, I do have enough guidance. First, it is required that it has to be absolutely clear that both parties consent to the grounds in the petition. It is not common that both parties agree to the grounds. The second requirement is that the documents must manifestly prove the nullity of the marriage or at least lean heavily in that direction. I can’t remember too many cases like that. The third requirement is that the bishop himself—and he cannot delegate this to anyone because the new norms charge him personally—Cardinal Dolan has to sit down in a session, watch the case being presented, weigh the proofs and the facts, and make his determination. There is no 45 day annulment, as the press has reported. That count is only for a middle stage within the entire abbreviated process, and when all the stages are counted we calculated that doing the brief process would take an estimated minimum of 7 months. For us and the way our Tribunal operates, the ordinary process is going to be shorter than the “brief” process.

Hendrickson (New Ulm): I would expect that our judicial vicar would be making that assessment. Whether there will be some mechanism for the sponsoring pastor to nominate the case for the shortened procedure has not yet been discussed at our tribunal (at least not in my hearing).

Fr. Welch (NY): It could be beneficial, if the conditions are met, in dioceses where personnel and resources are restricted. That ‘s not the case in this archdiocese or, I imagine, in most dioceses in the United States. I don’t see the abbreviated procedure being beneficial here in the Archdiocese of New York, precisely because the ordinary cases are handled in such a complete and expedient way. Now, if the parties request the brief process and they meet all the requirements, we will consider giving it to them, with the prior warning that it could last longer than the ordinary one.

Hendrickson (New Ulm): Like any human process, including the version currently in force, this new shortened procedure will be susceptible to misuse or abuse. The tribunals that have been working hard to carefully serve the faithful with a ministry of justice guided by faithful observance of procedural laws and jurisprudence will continue to do so, and those tribunals who have long been accustomed to live by the adage that almost any marriage can be declared invalid if they try hard enough, will continue to follow that course.

Fr. Welch (NY): The Cardinal Archbishop of New York is a very busy man. That’s why he has a Tribunal; that’s why the judicial power and the work are delegated. I can’t imagine a number of cases going to the Archbishop on a monthly basis, where he has to sit down reading and hearing them for hours and hours. These procedures might be more applicable in dioceses without tribunals, and in very remote areas with few or no canon lawyers.

Hendrickson (New Ulm): From my brief experience in diocesan work, no. Of course the bishops will make time to meet the needs and concerns of their flock, however.

Karee Santos is the coauthor, together with her husband, Manuel P. Santos, MD, of a Catholic marriage advice book forthcoming from Ave Maria Press in 2016. She and her husband began teaching marriage preparation and enrichment classes in New York City in 2003. Karee has written numerous articles on marriage and family for the National Catholic Register, Faith & Family magazine, and various Catholic websites. She also founded the online Catholic marriage support community Can We Cana?