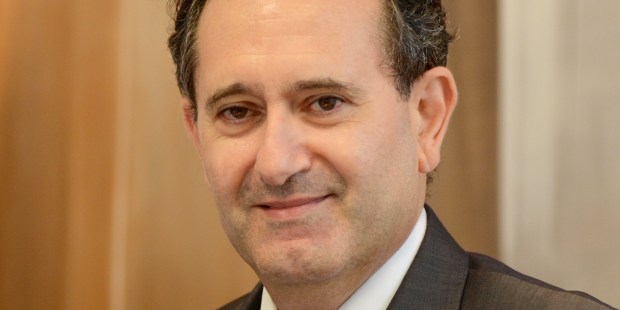 The economist handpicked by Pope Francis to tackle the complexities of Vatican finances in a sweeping reform said that two new books containing leaked information about Francis’ efforts to reform the Roman Curia “will not in any way have an impact on the reforms which are taking place” now, or reforms that are planned for the future.

Joseph F. X. Zahra, vice coordinator of the Council for the Economy of the Holy See, which is charged with financial oversight of all Vatican-related entities, commented on the two books, Avarice by Emiliano Fittipaldi, and Merchants in the Temple by Gianluigi Nuzzi, during a meeting with Aleteia on Monday.

Two members of the Commission for Reference on the Organization of the Economic-Administrative Structure of the Holy See, a commission that Zahra himself chaired, were arrested in early November on charges of leaking secret reports to the two book authors.

A week after the arrest, after the Angelus prayer in St. Peter’s Square, Pope Francis called the alleged theft of the confidential documents used in the two books “a crime,” and a “deplorable and unhelpful act.”

“I myself had asked for that study to be undertaken; my collaborators and I were very familiar with the documents and measures had been taken that had started to bear fruit, including some that were visible,” Francis said. “This sad event will certainly not divert me from the work of reform that we are carrying forward with my collaborators and with the support of all of you.”

The Holy See’s Secretariat for the Economy also recently issued a statement saying that the books make “false and misleading claims” concerning both “management of expenditure” and “expenditure incurred” by the Secretariat’s Prefect, Cardinal George Pell.

Zahra said that since the beginning of the revelations, “I have suffered a lot because we worked in an environment of trust. People you have trusted have allegedly—and I want to emphasize this [word], because in life you can’t judge before people go through a process of investigation—but if that is the case, even before knowing whether it was the case or not, it’s a moment of suffering. But this is life. There are moments when you are happy because you’ve been trusted, and there are other moments when you feel you’ve been betrayed, which makes you feel very sad.”

Zahra is the former head of Malta’s Bank of Valletta and was responsible for that country’s introduction of the Euro. When Pope Francis established COSEA in July 2013, he tapped Zahra to chair the commission, requesting that the body’s work be guided by the need for simplification, transparency and austerity in the Vatican.

In February, acting on COSEA’S recommendations, the pope created three structures for the management of the economic and administrative affairs of the Holy See and Vatican City:

Council for the Economy of the Holy See, which has oversight over the administrative and financial structures and activities of the dicasteries of the Roman Curia, the institutions connected to the Holy See or that make reference to it, and the administrations of the Governatorate of the Vatican City State. The Council is comprised of 15 cardinals and senior lay-experts, led by a coordinator, Cardinal Reinhard Marx. Zahra serves as vice coordinator.

Secretariat for the Economy, which is responsible for the administration as well as the financial control of the dicasteries of the Roman Curia, the institutions connected to the Holy See or that make reference to it, as well as the operation of the Governorate of the Vatican City. The Prefect of the Secretariat is Cardinal George Pell.

Zahra said in an interview that he was invited by the US branch of the Centesimus Annus Pro Pontifice Foundation, which promotes the implementation of the principles of Catholic social teaching, to speak to select audiences about the administrative reforms of the financial structures in the Holy See. He is a board member of CAPP at the Vatican and coordinates its work in Malta.

He said his visit to the US was planned in the spring and was “absolutely not” meant to be part of any kind of “crisis management or damage control” in light of recent revelations.

Commenting on the possibility that the authors had hoped their books would help shed light on problems in the Church and ultimately help the pope reform the curia, which includes an effort to have more “transparency,” Zahra said, “If that was the intention, what it has created is even more confusion and chaos, because this is not the way, when we talk about transparency. Transparency needs to be managed. … Transparency means information needs to be issued at the right time to the right audience, to be effective. Transparency doesn’t mean anything that is said, either privately or within closed doors, which are supposed to be securely closed within an atmosphere of confidence, goes out in an indiscriminate manner to the whole world without a proper plan on how this information is supplied,” he said.

“Even if there was a good intention, which I don’t know—no one really knows why this information was leaked—but even if there was, it has failed miserably in that respect.”

Zahra’s talks in the US were billed as updates on the reforms at the Vatican, and in the interview he said the work of reform is on track.

He added that Vatican entities now have “professional budgets” and consolidated accounts.

The Maltese economist conceded that there has been some resistance in the Vatican to the reforms.

“This always happens in change management, change management processes—obviously there are cultural issues that one would need to consider,” he said. “So in certain respects even this resistance or pockets of resistance are not a big surprise. It actually shows that change is taking place. … It doesn’t mean that resistance is permanent. You see that people start understanding the benefits of introducing best practices governance, that will give positive results.”

Zahra’s talks, which included presentations to businesspeople and academics gathered at Fairfield University in Connecticut and Fordham University in the Bronx, as well as meetings with diocesan officials in Connecticut, also covered Pope Francis’ economic views.

“Is Pope Francis against a market economy? Is he in favor of market economy? These are the sort of debates that are going on and which are much more pronounced in the US than in any other continent, or any other country,” he said. “The world is changing, the economy is changing, we’re seeing the way we work is changing. Finance needs to be changed because a lot of mistakes were done in the past, and there is a general interest in reforming the general system, and what the Pope is saying is that within this process of reforms let’s not forget the human person, that human dignity should be given priority, and that an economic system is not neutral, you can’t say you don’t even care about people because it’s important to have a market economy functioning and the agents behind the market economy are human beings and we need to be sure that the decisions being taken by these human individuals are decisions that are being taken for the common good. So eliminating greed, concentration on issues like how one can be of service to the community, and that is where solidarity comes in.”