“God Drilled the Hole!”: The Rescue of the 33 Chilean Miners 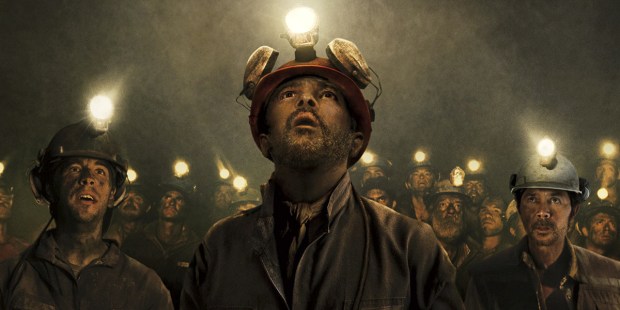 Most of us probably recall the plight of the 33 Chilean miners who in 2010 spent more than two months trapped almost a half mile below the ground. But the story behind their rescue is not well known, especially that the man who spearheaded it, a Catholic deacon from Texas, says that the only explanation for the rescue was a miracle.

The word “miracle” is often bandied about in connection with rescues. But according to Greg Hall, the American who came up with the plan that rescued the 33 Chilean miners after many failed attempts, a miracle is the only explanation for this rescue. The 33 miners trapped more than 2,000 feet underground at a gold-copper mine in San Jose, Chile, were stuck below the earth for 69 days. The disaster was caused when a rock 550 feet tall and twice the weight of the Empire State Building shifted, causing a chain reaction that blocked all passages of escape.

In an interview with Aleteia, Deacon Hall explained that with current technology, it simply was not possible to use drilling maneuvers to get deep and wide enough to bring the miners out. And yet that’s what happened.

“It was never done before—or since,” he said. “Since that job was done, I’ve been contacted four times to drill the same type of hole for profit, and it has failed every time. That hole cannot be drilled. It was a miracle.”

Hall is a Catholic deacon at Christ the Redeemer church in, Cypress, TX, outside Houston. He and his wife, Angelica, own Drillers Supply International, a drilling manufacturing company with branches in Houston, Minnesota and Chile. The Chilean branch had operated for almost two decades. The rescuers were clients of Hall’s company, so he became immediately involved as a consultant.

Since the mine did not have good maps, Hall explained that they were drilling blindly.  “After day 10 I was convinced it was a recovery effort, not a rescue,” he said. There was a place in the mine called the “refuge” where trapped workers could go during an emergency, but there were only provisions there for three days.

“On day 17 we hit a void and could hear tapping on our drill pipe.” When the pipe was pulled up, a note was wedged in the drill.  Translated from Spanish it said: “We are OK in the refuge, the 33.”

They were 650 meters down and had completely run out of food after stretching the provisions by eating around 200 calories a day. The narrow hole became an avenue for supplies and communication.   But now there were tremendous challenges to widen the tunnel in dense rock more than 2,000 feet below in order for the men to escape.

The original plan would bring the men to the surface in five or six months.  Hall was concerned that they could not all last that long. “I kept saying to my wife, ‘If that was our son down there, what would I be doing?  Would I be sitting here in Cypress or out there digging with my hands?’” he said. Hall called the Chilean government, which was directing the rescue and said he’d like to try and get the miners out. “They told me: ‘We’ve got nothing, go ahead and try,’” he said.

Hall assembled a dream team from the firm Layne Christensen that had been drilling wells for water in Afghanistan and gathered the best drilling equipment he could find. Even still, he said the modeling showed he could not safely get enough pressure to dig deep enough or wide enough. “Our drills were undersized, and we could not use fluids to get enough power because that would have drowned the miners.”

Hall found strength in prayer throughout the ordeal. One morning, while praying the Liturgy of the Hours, he focused on Psalm 63.  He meditated on the fact that the Spirit of God that was with David and Moses in the desert is the same Spirit that is with us in the Eucharist. Thinking of the miners, he prayed:  “I’m going to do everything I can, Lord, but this is not my work, this is your work.”

Then, near the end, only 100 feet away from the miners, everything stopped. “We were stuck, totally, 100 percent stuck,” Hall said.  It seemed that it really was not humanly possible to drill the hole.  “I felt completely defeated. I thought: I can’t do this. Then it hit me: I don’t have to do this. God’s going to do this; he’s going to carry it.” Hall thought back to Psalm 63 and prayed: “I’ve done everything I can, Lord, this is your work.  You are going to have to send your angels.”

That is when the miracle happened.  The drill moved again. Meter after meter, it kept moving until it reached the miners.  “It was God,” Hall said. “God drilled the hole. We just had a good seat.”

On Oct. 12 the miners began leaving the mine, one by one until all 33 were out on Oct. 13, the feast of the last apparition of Fatima.  The miners had been praying the rosary daily.  Pope Benedict had prayed for them publicly and sent them 33 rosaries that he had blessed himself.

The 33, the story of this real life miracle, will be in theaters on Nov. 13. It is rated PG-13 for the disaster scene and some language.

Patti Maguire Armstrong and her husband have ten children. She is an award-winning author and was managing editor and coauthor of Ascension Press’s Amazing Grace Series. Her newest books are Big Hearted: Inspiring Stories From Everyday Families, and her fun and inspirational children’s series Dear God, I Don’t Get It! and Dear God, You Can’t Be Serious. Follow Patti on Twitter and like her Facebook pages at Dear God Books, Big-Hearted Families and Catholic News & Inspiration.