“What’s the Point?”: End Times and Using the Time We Have Left 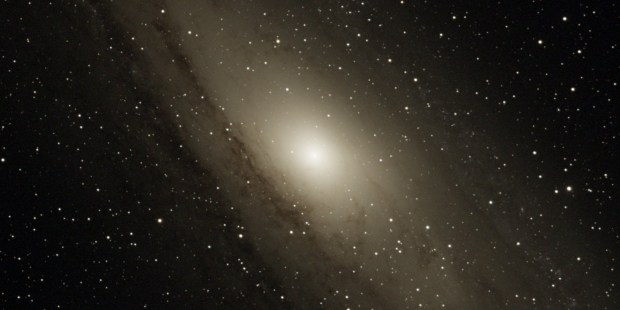 What is the purpose of the Christian life?

Or we might ask even more simply: What’s the point?

As the Church year comes to an end, this essential question is brought into sharp focus. The answer is as simple as it might be unpopular: we’re waiting for the fulfillment of time and of hope-filled promises of an untold future. We are awaiting the return of Christ. We “wait in joyful hope,” or something vital is missing from our individual faith.

Talk of heaven and hell, death and judgment can be uncomfortable for Christians, and if the naive concepts of heaven’s “streets paved with gold” and hell’s “fire” shape the lives of some believers, these Sunday school images are neither what we are about, nor the best foundations for a way of living. So we have to be careful not to allow “end times” imaginings to overshadow the truth of God’s kingdom.

Still, in the final weeks of the liturgical year, “end times” readings permeate our liturgical worship to a point that might seem unnecessarily negative and even macabre, especially for those Christians who have had the threat of judgment used as a weapon against them, like a divine hammer hovering always just above their heads, and ready to strike.

The liturgical texts for the end of the Church year, like the Parable of the Talents (Matthew 25:14–30) and the Lesson of the Fig Tree (Mark 13:24–32), offer us important insights into what our expectant waiting should be like. In the Parable of the Talents, a wealthy man gives talanton to his slaves—five, two, or one, “according to their ability.” One “talent” was worth 6,000 days’—or 16 years’—wages. The slaves with five and two talents succeeded in doubling their master’s money; the slave with the single talent buried it in the ground to avoid the risk of losing it. The master in the parable rewards the first and second slaves, but the third slave who buried the money out of fear was condemned as being “wicked and lazy” and thrown “into the darkness outside, where there will be wailing and grinding of teeth.”

Some might use this passage from the Gospel as an opportunity to reflect on economic inequality but we can’t ignore that the Church has chosen this text at the end of the year, and paired it with a passage from Proverbs 31, which praises the productive activity of the God-fearing woman. She stands in stark contrast to the timid servant of the Gospel who was so frightened of failure that he chose not to act at all.

The point of the pairing is that we are supposed to use the time we have to do something. We not only have to foster and develop the unique gifts that have been entrusted to each of us, we must also allow those gifts to enrich the world around us. Each day is itself a gift, and if we are truly living for the future, we have an obligation to make the most of today.

But these last days of the Church year should also inspire us to act with urgency because, as Paul reminded the Thessalonians, the Lord will return “as a thief in the night.” We will hear the same theme repeated in Advent, as we watch and wait for the coming of Christ in the celebration of his birth in history, in his presence among us today in mystery, and in his final coming in majesty.

Amid talk about the decline of Christianity and of a post-Christian society, I wonder whether so many branches of Christianity are in decline because so many Christians have lost a sense of purpose and the urgency of now in the work we have been called to: feeding and clothing the poor, comforting those who mourn, protecting the innocent and the victimized, healing the sick and addicted, and raising up those who have fallen down. Acts of selfless charity and hospitality are the most effective means of spreading the Gospel. Government can’t do it all, nor should we want it to, because we are called to minister to the world, and we mustn’t consign that responsibility elsewhere.

We do well to remember and take comfort in the words of the Basil Hume, a Benedictine monk and Cardinal-Archbishop of Westminster, who is remembered as a wise, faithful and compassionate pastor:

A priest started his homily at a funeral by saying, “I am going to preach about judgment.” There was dismay in the congregation. But he went on: “Judgment is whispering into the ear of a merciful and compassionate God the story of my life which I had never been able to tell.” It is a very great encouragement to think of being in the presence of God who is both merciful and full of compassion, because God knows me through and through and understands me far better than I could ever know and understand myself, or anyone else. Only he can truly make sense of my confused and rambling story …

The time will come for each of us to appear before our God to render an account of our lives. It will not be a frightening moment, unless to the bitter end we have turned away from him or consciously ignored him. Instead it will be a moment of deliverance and peace when we can whisper into his merciful and compassionate ear the story of all our years, and be forgiven and made whole.

The Gospel requires us to be open to change, and to a way of life that is far different from what we might choose for ourselves. This is what Dietrich Bonhoeffer called “the cost of discipleship” and what Søren Kierkegaard was thinking of when he wrote of admirers and followers of Christ:

These final days of the Church year provide the answer to our question to the “point” of all this—we fulfill our commitment to follow Christ, with all the graces and burdens that entails, because this is what it means to be a true follower of the One whom we believe will come again in mercy and judgment.

Silas Henderson is a catechist, retreat director and the author of numerous books and articles. The managing editor of Abbey Press Publications and Deacon Digest magazine, you can find him at www.fromseason2season.blogspot.com and www.facebook.com/SilasSHenderson.