America’s Culture Wars: Can’t We Talk about This? 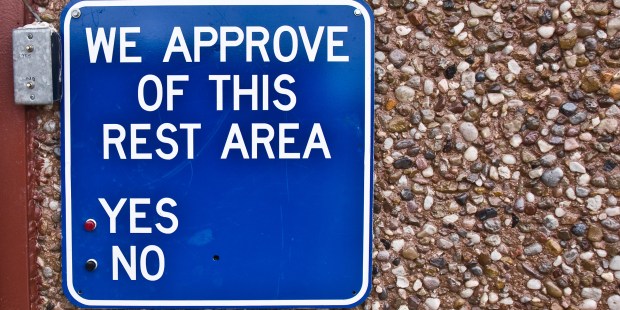 The inability of parties to America’s culture war to communicate meaningfully with one another on issues like abortion, same-sex marriage and assisted suicide is a disturbing fact of national life today. One observer remarks that the two sides seem to be living in “different moral universes.”

But that isn’t new. The problem is the same one analyzed in depth by, for example, Notre Dame philosopher Alasdair MacIntyre in his acclaimed book After Virtue, which first appeared in 1981. What is new since then is the extent to which this breakdown in communication has come to frame the public policy debate.

This is not the same as healthy pluralism. People who see it for the societal crisis it truly is trace it to the collapse of moral consensus grounded in natural law (or in the Judeo-Christian tradition or whatever else someone might choose to call it). Some applaud the collapse, others deplore it. In any case, having emerged in European intellectual circles in the 18th century and grown throughout the 19th century, it came to a head in the closing decades of the 20th century.

Obviously people in the past often violated the principles of the old moral consensus. Yet everyone, or nearly everyone, acknowledged their validity and binding force. Then came the collapse. Now some continue to subscribe to the old morality of the consensus, while others promote a new morality of individual rights and doing as you please. The result, MacIntyre famously remarked, is that “modern politics is civil war carried on by other means.”

Pope Francis’s U.S. visit was a hopeful sign that the Holy Father’s charismatic style could be a powerful instrument for the working of God’s grace in the lives of individuals. In the end, though, it takes something more systematic and stable than personal charisma to sustain policy agreement on the level of society. Here there are three, and only three, possibilities: force, manipulation and persuasion via rational argumentation.

In a democracy force can take the form of either the so-called tyranny of the majority or, as we have been reminded by the Supreme Court in its rulings on abortion and same-sex marriage, the tyranny of elite opinion mediated through decisions of the federal judiciary.

More interesting is manipulation. Its rationale was laid out back in 1922 in Public Opinion, a book by Walter Lippmann, already on his way to becoming an establishment icon.

As a White House staffer, Lippmann had learned from the Wilson administration’s campaign to whip up support for its World War I policy. His conclusion: “The common interests very largely elude public opinion entirely, and can be managed only by a specialized class.” Setting policy should be reserved to “experts” engaged in counseling elite political decision makers, with the latter preserving democratic forms while selling the decisions to voters by the techniques of manipulation.

Familiar? This is the formula for most political image making today.

Finally there is persuasion via rational argumentation. This was a live possibility when the policy debate occurred within the context of a moral consensus. But now that consensus is gone.

In his classic We Hold These Truths, published in 1960, Father John Courtney Murray, SJ, sadly concluded that as the foundation of public policy “the tradition of reason, which is the tradition of natural law, is dead.” And although he hoped against hope for its revival, half a century later there’s no real evidence of that happening. As we await national elections in less than a year, this impoverishment is a cause for alarm.