At 63, You Might Be Too Old to Live Here 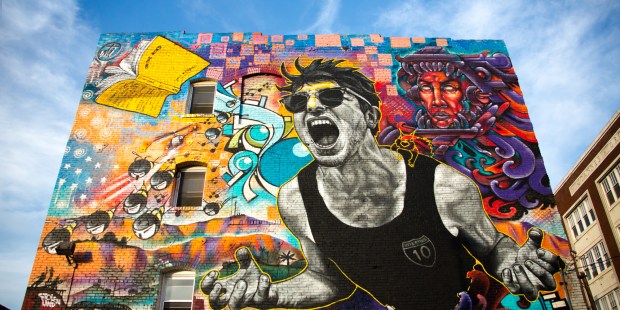 When being interesting, fun and accomplished isn’t enough human value

For eighteen years I lived in a huge French Normandie courtyard apartment in the L.A. neighborhood of Koreatown: crown moldings, French windows. With a 3 percent yearly increase, the rent when I left was $980.

For the next five years I shared a house in Silver Lake. My rent was $850 including utilities.

Now I’m looking for an apartment, and in today’s market it’s a bit of a shock. The “charming studio”—$1,600 a month—could have served as a dog kennel. The 350-square-foot “Spanish-style guesthouse”—$1,800—sandwiched between a body shop and the crazy traffic of a major boulevard.

Last Saturday I attended a 1 to 3 p.m. open house for a 1930s fourplex. I arrived at 12:45 to find the place crammed with fellow prospective tenants. The apartment was filthy, which didn’t really matter as the apartment, it turned out, also wasn’t really for rent. “I’m just gathering applications for the owner,” said “Brooklyn” (who, three nights later when I awoke in a cold sweat, I realized could very well have been running an identity-theft ring).

From there I drove to another open house, also overrun with fellow applicants, for a small one-bedroom in hipster Silver Lake with cottage cheese walls that was renting for two grand. “You have a view of the Hollywood sign,” the realtor said brightly and I refrained from informing her that you can look at the sign for free by walking the hills at dusk, as I’ve done hundreds of times over the years.

Then she gave me an appraising stare, pursed her lips and reported, “This is really what you’d call a gentrified building. We check for bankruptcies, felonies, evictions.”

“No problem there!” I chuckled.

Leaning in, she continued, “Well the thing is, the median age in our building is 26 to 38. There is one … older gentleman, but he’s been here forever.”

For a second, I stood stunned. I’m 63 years old. I’m healthy and vital. I’m quiet, tidy, respectful of and interested in my neighbors. I have excellent credit and sterling references.

More to the point, for 25 years I have walked the streets, alleys and trails of my city. I’ve looked out my window, pondering and praising. I’ve incorporated Los Angeles into my bones and blood.

Shortly after moving to L.A. in the early ’90s, I gave up a career as a lawyer in favor of the precarious life of a creative writer. From the cloister of that Koreatown apartment, I wrote of the quince tree outside my bathroom window and the purple lilies-of-the-Nile that nodded their heads as I hung my clothes to dry. From that house in Silver Lake, I mooned over the finches in the backyard fountain, took photos of the morning light, communed with the pepper tree whose branches bowered my room.

I write a weekly column on arts and culture for The Tidings, L.A.’s archdiocesan newspaper. I’ve celebrated my friend Geoff Cordner, who runs ultra-marathons through the San Gabriel Mountains; Los Angeles Times columnist Charles Fleming, who wrote a beautiful book about the secret staircases of the Eastside, the folks at the Echo Park Film Center who give free classes in documentary filmmaking to kids and seniors.

If asked, in short, I suppose I’d consider myself a sort of model tenant. A tenant who might contribute to the general feeling of fun, creativity and goodwill that I, for one, hope for in a living situation.

And here I was, standing before a woman half my age who was saying, “We’d have to see if you qualify. But the thing is, I wonder if our building would be the best fit for you.”

What happened to the days when being young meant risk-taking and defiance of “the system” and the willingness to live off the grid—an ethos to which I’ve adhered my whole life? Since when did young people become teeth-bared capitalists?

You’re right, I thought. Your little gentrified building wouldn’t be a “good fit.” You timid, money-grubbing hipsters are way too square.

It was a gorgeous Southern California late fall day, but as I wordlessly turned away, went out to my car, and drove back to my downtown sublet, a chill seemed to have settled over the mountains.

It stayed with me for a couple of days:

The unspoken thought that had hung in the air of that overpriced apartment: You’re old and you don’t own a home? You’re not one of us. Loser!

The knowledge that a life of precariousness becomes more precarious the older you get.

The profound lack of shared values that would allow a younger woman to display such a lack of fellow feeling for a sister without hanging her head, scarlet with shame.

But a few days later I received an invitation to an open house in South LA. It was from Erika Cuellar, 29, who with Richard Garcia—native Angelenos both—heads up a nonprofit called Alma Backyard Farms. They teach men and women recently released from prison how to plant, harvest and sell organic, hyperlocal produce. Theirs is a labor of love, and when I’d done a piece on them for my arts and culture column, they had touched my heart with their own capacity to live in vulnerability, passion and risk.

There it all was. Life eternal. Resurrection. Green hope. Everything I have always cherished and believed in about my city.

I’m still looking for an apartment, but you can bet I’ll be down at that South L.A. garden on November 21.

Because if I continue to do the footwork, my living situation will take care of itself.

And the path I chose has given me a conviction beyond all worldly security, all price. “Store up your treasure in heaven. For where your heart is, there also will your treasure be.”

Heather King is the author of Stumble: Vice, Virtue and the Space Between.