Your Spouse Can’t Read Your Mind 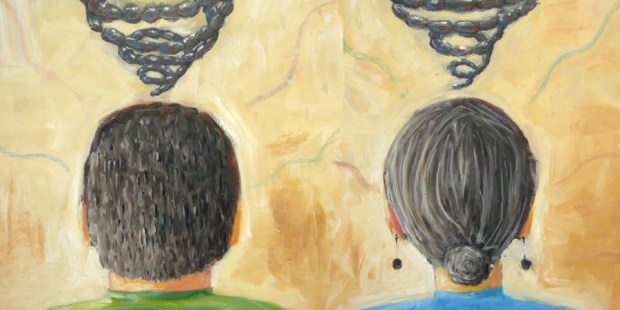 How unspoken expectations are ruining your marriage

(This piece is part of an ongoing series on difficult marriages.)

Communication is a tool, and like any tool it can be used properly or improperly, and to build up or destroy. Also, like any tool, we sometimes choose not to use it at all—either because we’re too lazy to pick it up or because we’ve never been taught how to properly handle it.

Most of us know, at least theoretically, how important communication is to maintaining a healthy marriage. Unfortunately, far fewer of us know how to communicate. For the next few installments, we’ll highlight a few of the most common and damaging pitfalls couples stumble into when trying to communicate with one another.

Today’s installment: Unspoken expectations, or “Your spouse is not a mind reader.”

My husband and I married outside the Catholic Church, before my conversion and during a time when he had long been apart from the faith. We actually met at a large evangelical church, and when we got engaged, we signed up for their premarital class. Well over a decade later I remember very little about that class, aside from the one phrase they repeated over and over again, whether the topic was sex, children, love or money: “Your spouse is not a mind reader. Don’t expect your spouse to read your mind.”

So many of the problems in our marriage, and undoubtedly those of others, stem from the fact that we all have certain ideas in our mind about what we want and expect out of marriage and our spouses. At the same time, we’re reluctant to give voice to those expectations. Sometimes that’s because they only exist in our subconscious—we don’t even fully realize we have these expectations. Sometimes it’s because we don’t want to seem too demanding. But just as often, it’s because we feel as if we shouldn’t have to ask for the expectation to be met in the first place … after all, if our spouses really loved us, of course they’d [do this thing/stop doing that thing/fill in the blank here]! It’s obvious, isn’t it?

Well, no, it’s not. Our expectations of life and marriage are built up in our minds over a lifetime by our exposure to our families of origin, the societies in which we live, the media we choose to consume, and a million other factors that make up who we are today. Our spouses may have been around for part of that formation, but few of us today marry the girl or boy next door. Statistically, it’s more likely we met our spouses later in our development, when we were already adults, with childhood in the past and filed away in our memory archives, our goals and dreams more or less established, and our life plans well underway. For most of us we were already fully formed people when we decided to get married, and whether we were aware of it or not, that formation included a whole raft of expectations about what we thought our marriages would be like.

The problem is, we all have totally different sets of expectations. I knew a guy in college who got married because the Bible says “it is better to marry than to burn with lust,” and he really wanted to have guilt-free sex—and lots of it. I hope his wife had a high libido, because I can’t imagine it would have gone well between them had her own expectations of marriage been less sensual. Likewise, I’ve known people whose marital expectations included financial security, friendly companionship, free housekeeping and gourmet meals, top-quality parenting for their kids, and a million other things they naturally assumed were just “part of the deal” when they tied the knot, but which sometimes ran counter to the expectations of their spouses (which were equally obvious to them, and just as inscrutable to their partner).

That’s why talking about your expectations is so important—not just before marriage but throughout. As your lives change and new problems and opportunities present themselves, you won’t always be on the same page about how to handle them. Assuming you will be is a dangerous game.

Maybe a husband and wife agree that she’ll stay home with the children when they are small, because they both think it’s what’s best for the kids. So far, so good—they made the decision together, and they’re on the same page. But what happens if the husband’s idea of a stay-at-home-mom is based on his own mom, who devoted a significant portion of her time to cooking and cleaning and expected very little from her husband in the way of help with household chores … while his wife (who grew up with a working mom and is now learning everything she knows about at-home child rearing from modern books and blogs) thinks of the children themselves as her job and the household chores as a shared responsibility?

Ideally, the couple would have discussed these details in advance, but the fact is, many don’t—largely because they each assume their view of the world is the “correct” one. It never occurs to them that their spouse may be seeing the world through entirely different eyes, and may have a completely different idea of what being a “stay-at-home parent” actually means. Before long, discontentment sets in for both sides. Dad feels disrespected when he comes home to a messy house and no concrete plan for dinner, like he slaves away all day at work just so his wife and kids can goof off. Meanwhile, Mom is frustrated because there are three or four or more people messing up the house with their laundry, food, toys, papers and electronic gadgets, yet she feels she is expected to clean it all in her “downtime” after the exhausting work of keeping the kids entertained all day and whipping up fancy feasts for her husband … who, from her perspective, gets a “break” from the hard work of family life at the office every day.

If this couple had talked about their expectations up front, they might have avoided some of the resentment they now feel, but because they didn’t, the information will spill out bit by bit, piecemeal, in snide remarks and outbursts, or maybe in a massive fight that might finally lay everything out on the table but will come as a nasty surprise.

This is just one hypothetical example of literally thousands of misunderstandings that can happen when people fail to speak up about their expectations. Over time, these misunderstandings can fester and grow until they metastasize into a cancer of disappointment that poisons the whole marriage. They can also boil over, seemingly without warning, into the kinds of fights where ugly things are said—things that can never be taken back, things that can destroy marriages in a matter of moments.

If your spouse is failing to meet your expectations in one or more areas, the first thing you need to do is ask yourself whether you’ve ever actually spoken those expectations out loud. If you find yourself reluctant to do so because the expectation “sounds bad,” perhaps you might evaluate whether the expectation you have is actually fair at all. But assuming it is fair, and important to you, it’s your responsibility to express it to your spouse and give him or her a chance to succeed. It is unfair to condemn someone for failing to meet a standard against which they never knew they were being measured.

When it comes to unspoken expectations, suffering in silence doesn’t make you a self-sacrificing martyr, it makes you passive-aggressive. So speak up and ask for what you want. Your spouse may well be happy to accommodate you. If not, then at least you’ll have a chance to communicate and hopefully come to some sort of compromise.

Next up in our list of communication failures: Assumptions. Stay tuned.