Is James Bond a Good Guy? 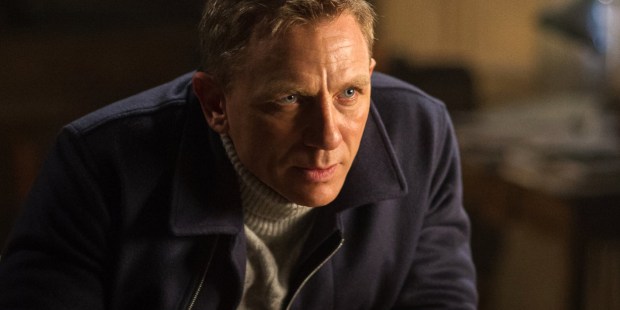 I have a soft spot for James Bond and his creator, Ian Fleming. Apparently, however, my sons don’t.

I’ve long enjoyed the Bond movies (though I try to pretend the Roger Moore films never happened) as well as the novels. But when covering a James Bond conference years ago for my newspaper column, I learned that Fleming published his first Bond novel at my age. That bit of information helped launch my career, such as it is, as a novelist. I filed my column, and then, after years of delaying, finally got started on my first novel.

A new flurry of James Bond activity recently hit the film world. Spectre, starring Daniel Craig in his fourth installment as 007, an agent with a license to kill, has turned out to be a big box-office success globally. And deservedly so. The Craig Bond films manage to combine nods to the best of past Bond movies, perhaps more so in Spectre than the previous three movies, while adding a certain gravity, or at least seriousness, to the character.

Interestingly, my two sons both saw their first Bond films in their early teens. Coming out of the theater after watching Spectre, my younger son said pretty much the same thing his older brother did about seven years earlier, that “James Bond really isn’t a good guy.” While appreciating much of the films, such as the action and humor, they each criticized Bond for his personal behavior, including his casual engagements with assorted women. (Yes, these were proud dad moments.)

Hmmm, so what should we make of Bond? Is he a good guy or not? Well, an answer might be found in the new Bond novel, published shortly before Spectre hit theaters.

Trigger Mortis certainly is a taut thriller, with Bond taking on his old nemesis in the Soviet Union’s SMERSH and a new madman bent on destroying a swath of Manhattan, while also finding a new ally in a woman with one of those classic “Bond girl” names—Jeopardy Lane.

In general, the novels reveal more about the character of Bond than the movies. And since Fleming’s first book, Casino Royale, we’ve seen a Bond with greater depth, including not just his assorted strengths, but various weaknesses and even doubts.

In Trigger Mortis Bond has clear ideas on right and wrong. This Bond understands that evil does exist. Bond is no relativist—well, at least in certain areas.

At one point, after Horowitz relays how Bond lied about his age to join the fight early in World War II, he adds, “His enemies might be different now, but for Bond, the moral certainties remained the same.”

Later, as the madman Jason Sin tells his backstory, Bond considers various excuses for the man’s actions. But he concludes, “Like all truly evil men, Sin knew what he was doing.”

Finally, toward the end of the book, after a horrifying situation, Bond notes that while he had a license to kill, that “didn’t mean that he had to kill or that he would ever enjoy killing.”

Unlike his opponent, “A great evil had been done to him, but it had not made him evil.” Indeed, at one point in the book, going against all his training and what might be best for the mission, as well as aspects of his past, Bond shows mercy.

Even given the outsized and often over-the-top stories, including his fantastic actions and challenges, James Bond is much like everyone else in terms of whether he is a good guy or not. He is guided by a clear moral compass in some areas, while willing to toss aside—often quite casually—that compass to fulfill his own desires in other situations. In this sense James Bond is like the rest of us.

Bond, like the rest of us? Well, you get the idea. Now, perhaps it’s time to hop in the Aston Martin and head to the club for a martini—of course, shaken, not stirred.

Murderer’s Row is the latest thriller penned by Ray Keating, part of his Pastor Stephen Grant spy series. When not inventing spy novels, he is an economist, adjunct college professor and occasional book reviewer for Aleteia.