Playing the “Glad Game” Is Not for Wimps 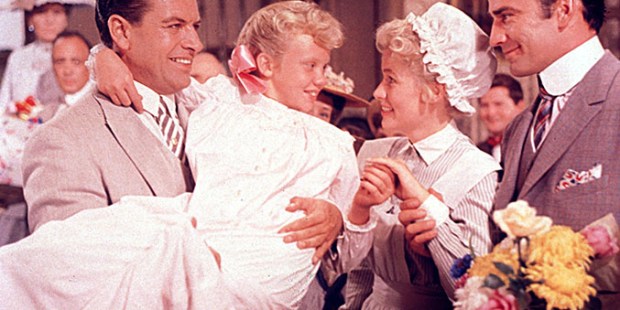 Pollyanna was right, but her game demands spiritual fortitude and surrender

Almost everyone of a certain age remembers the story of Pollyanna and her “Glad Game.” First published as a bestselling novel in 1913 and later adapted for film, Pollyanna told the tale of Pollyanna Whittier, a spirited, optimistic young orphan forced to live with her cold and unsympathetic aunt Polly after the death of her parents, who served as missionaries.

Aunt Polly, a well-to-do spinster, lives in a small New England town where it seems like clinical depression has somehow contaminated the municipal water supply. Virtually everyone Pollyanna meets is miserable. Her lonely aunt; the bedridden, chronically ill Mrs. Snow; the grumpy and reclusive Mr. Pendleton and a large cast of cynical background characters provide plenty of narrative conflict for the relentlessly positive Pollyanna, who can only respond with the “Glad Game”—a game her father made up before he died to help his daughter find the good in any bad situation.

The game was born when the missionary office, responding to Mr. Whitter’s request for a secondhand doll for Pollyanna, sent a pair of crutches instead. Seeing his daughter’s disappointment, Mr. Whittier invented the “Glad Game” on the spot, suggesting that, rather than focusing on her dashed desire, they look for a reason to be glad about the crutches. It took them some time, but they finally decided they could at the very least be glad they didn’t need the crutches, because that meant their legs were strong and healthy.

Upon her arrival in sad-sack Beldingsville, VT, Pollyanna plays the game to convince herself that the hot, musty, sparsely furnished attic space provided for her by her aunt is actually preferable to the plush bedrooms standing empty below. With no mirror above her dresser, she reasons, she can’t see her unwanted freckles; with no art on the walls, she can better appreciate the view from the single small window.

She draws her cranky new neighbors into the game too, gleefully explaining its method and origin to anyone who dares be unhappy in her presence. Sometimes, her attempts to get people to look on the bright side go a little too far; challenged by the bedbound Mrs. Snow to find a reason someone in her condition should be glad, Pollyanna says in earnest, “I thought how glad you could be that other folks weren’t like you—all sick in bed like this, you know?”

Unsurprisingly, the townspeople are annoyed by Pollyanna’s evangelical zeal for forced optimism. They find her simple-minded and irritating. Indeed, “Pollyanna” exists in the cultural lexicon not as a friendly euphemism for an optimistic person but as an insult, its meaning falling somewhere between “hopelessly naïve” and “completely divorced from reality.”

But here’s the thing: Pollyanna was right.

Pollyanna’s optimism doesn’t just cheer people up on a bad day—it saves lives. Mrs. Snow, the chronically ill shut-in, goes from dwelling on her sickness to knitting blankets for hospital nurseries and feeling grateful to be alive. An elderly widow who’d stopped living the day her husband died begins wearing color again—a symbol of her decision to finally move on. A quarreling couple abandons their plans to divorce, having begun, at Pollyanna’s urging, to focus on the positive in one another. And reclusive Mr. Pendleton adopts Pollyanna’s friend Jimmy, giving both man and boy a chance at a family and a new life.

Pollyanna’s dedication to the “Glad Game” is put to the test, though, when she loses the use of her legs after an accident. Previously, and without tact, she had boasted that the more difficult it was to come up with something to be glad about, the more fun the game was. Now paralyzed, she discovers, in the words of her maid, Nancy: “It’s easy ter tell lifelong invalids how ter be glad, but ’tain’t the same thing when you’re the lifelong invalid yerself, an’ have ter try ter do it.”

Were Pollyanna written in 2015, the novel might have ended on that note, and win prizes for its conscience-raising critical commentary on privilege. Who is Pollyanna, after all, to tell anyone to cheer up, or to focus on the positive? The accident might even be seen as cosmic justice—taking her down a notch and forcing her to confront the very philosophical “aggressions” she had simplistically offered in response to people facing hardship. Perhaps, in epilogue, Pollyanna would denounce herself for not having tried harder to see things through the eyes of her miserable neighbors, and they would all live unhappily ever after—albeit in solidarity, advocating for their right to wallow.

Thankfully, the book was written in 1913, so when the townspeople hear that Pollyanna can no longer bring herself to play the “Glad Game,” the entire town bands together to show her what a difference she and the game have made to their lives. Visitors come to her bedside, sharing how their attitudes were changed by looking for reasons to be glad. It isn’t long before Pollyanna decides that she can be happy she had the use of her legs for as long as she did, which was time enough to make a difference.

As a person who is chronically ill and facing numerous serious difficulties in my life at the moment, I thank God for Pollyanna, and her message, which help me remember that even on my worst days, I have much to be thankful for. Playing the “Glad Game,” or something like it, truly helps keep me sane.

This Thanksgiving, in the midst of all the suffering in the world, whether overseas or in our own homes, I hope we’ll all take a page from Pollyanna’s playbook. There is always a reason to be glad. Let’s find it, and be thankful.

But be glad to the extent that you share in the sufferings of Christ, so that when his glory is revealed you may also rejoice exultantly.—1 Peter 4:13