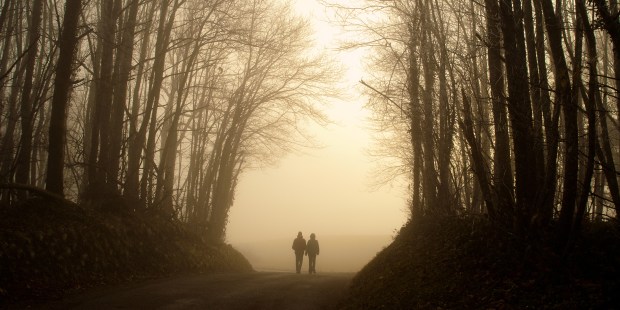 What’s squeaking loudest in your marriage? Your complaints and criticisms, or your love and praise?

[Continuing a series of posts on marriage and communication – Ed]

“I confess to almighty God, and to you, my brothers and sisters, that I have greatly sinned, in my thoughts and in my words, in what I have done and in what I have failed to do …”

Every Sunday at Mass, we ask forgiveness for our sins of omission: the missed opportunities; the good things we should have done, but didn’t. You see, as Christ’s hands and feet in a suffering world, we’re called to do more than just refrain from causing more pain. We’re called to minister and heal, to nurture and build up.

Our Savior told us that what we did or did not do for “the least of these,” we did – or failed to do – for him. He gave us the story of the Good Samaritan, who went out of his way to help a stranger in need just because it was the right thing to do. He urged us to do likewise.

So far in this mini-series on failures in marital communication, we’ve focused on things we say and do to hurt each other. Today, however, we focus on what may be a far more common problem: The things we fail to say and do to build each other up. They say the squeaky wheel gets the grease. Well, what’s squeaking loudest in your marriage? Your complaints and criticisms? Or your love and praise?

My husband is not one to talk about his feelings. In therapy, he has openly admitted he struggles with seeing emotions as weak or “womanly,” so he bottles them up inside. But he can only hold onto the unpleasant ones for so long. So for months or even years on end, the only comprehensive emotional feedback I received was when (at seemingly random times) he would explode with burning anger and resentment, unable to absorb any more negative feelings. Meanwhile, his positive feelings, so much easier to handle, often stayed hidden inside. Over time, I became convinced that it was only when we fought that the truth came out – that the hateful words he hurled at me in those moments were the only emotions he was hiding behind his coldly logical persona. It has taken months of therapy and a weekend at Retrouvaille to even begin to believe him when he says something nice.

Think about how many times you’ve felt so frustrated or angry that you just couldn’t stop the outburst. It happens to everyone now and then, doesn’t it? That’s how we end up having enormous fights about seemingly little things – there’s always more to the story, onion layers of resentment built up over time.

Now, think about the other side of the coin: How many times in your life have you felt so happy, joyful, grateful, and full of love that you just had to get it off your chest, because if you didn’t, you might burst?

Sadly, I bet the second number is a lot smaller than the first one.

People generally have a much stronger tolerance for positive feelings than they do for the bad ones. Because we like happy feelings, we’re able to happily bask in them for long stretches without ever feeling the need to “vent” them. But after a couple of hours, days or weeks of negative emotional buildup, depending on our level of self-control, we simply can’t hold it in anymore. That’s why intentionally sharing our positive feelings with our spouses is so important – if we wait for our emotions to surface naturally, we may give the mistaken impression that our good feelings are less common than our bad ones.

And that’s not a message we should ever want to send to our spouse.