All We Need to Hear

If you’re listening to Marie Miller, you’re in good company. This rising star, who has also played alongside the likes of Colbie Caillat and Andy Grammer, just had the performance of a lifetime: she played for Pope Francis during his visit to Philadelphia.

Marie, one of 10 children, got her start in the family band. The singer, songwriter, instrumentalist triple-threat branched out on her own in 2005 and has since released two EPs, Marie Miller and You’re Not Alone. Her song “6’2” was featured on Dancing with the Stars and “You’re Not Alone” claimed the top spot on the Billboard Christian Hot AC/CHR Charts.

Her music resonates, which gives it that cross-genre appeal. Her songs draw from everyday experiences. “You’re Not Alone,” one of the songs she played for Pope Francis, has been called a battle cry, a song written for a friend going through a tough time. The catchy refrain repeats again and again the simple message: You’re not alone. And sometimes that’s what we need to hear … again and again. When it seems like the rest of the world is turning its head, that nobody cares, that nobody would even notice if you’re there or not, remember: you’re not alone.

The song “You are not alone” is from the same album. 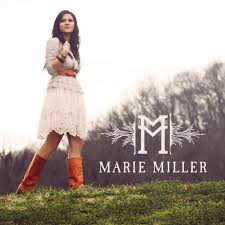