Called Out Onto the Waters

Oceans (Where Feet May Fail)

It’s the song heard ‘round the world’. “Oceans” not only held onto a spot on the Billboard Christian Songs chart for two years, it became the first Christian chart-topper to break into the Billboard Top 100. Taya Smith’s ethereal voice is mesmerizing, but it’s her passion that really carries the song.

The group behind the hit began in 1988 as the worship band for a small church in Sydney. Now with eleven live and four studio albums, they have become a global phenomenon and a household name. They say their purpose is “to passionately seek and worship God,” and it seems they’ve inspired millions of others along the way.

At once Jesus spoke to them, “Take courage, it is I; do not be afraid.”

Peter said to him in reply, “Lord, if it is you, command me to come to you on the water.”

It’s the song of Peter venturing into troubled waters. The song of missionaries who left everything and everyone they knew, knowing they wouldn’t come back. It’s the Christians in the Middle East. The girl discerning religious life. The guy who goes to school and doesn’t compromise his faith. The agnostic who dares to take a leap of faith.

Spirit, lead me where your trust is without borders. Let me walk upon the waters wherever you would call me.

Like Peter, our feet may fail but Christ will not. I will call upon your name and keep my eyes above the waves. When oceans rise I will rest in your embrace.

The song “Ocean” is from the album Zion. 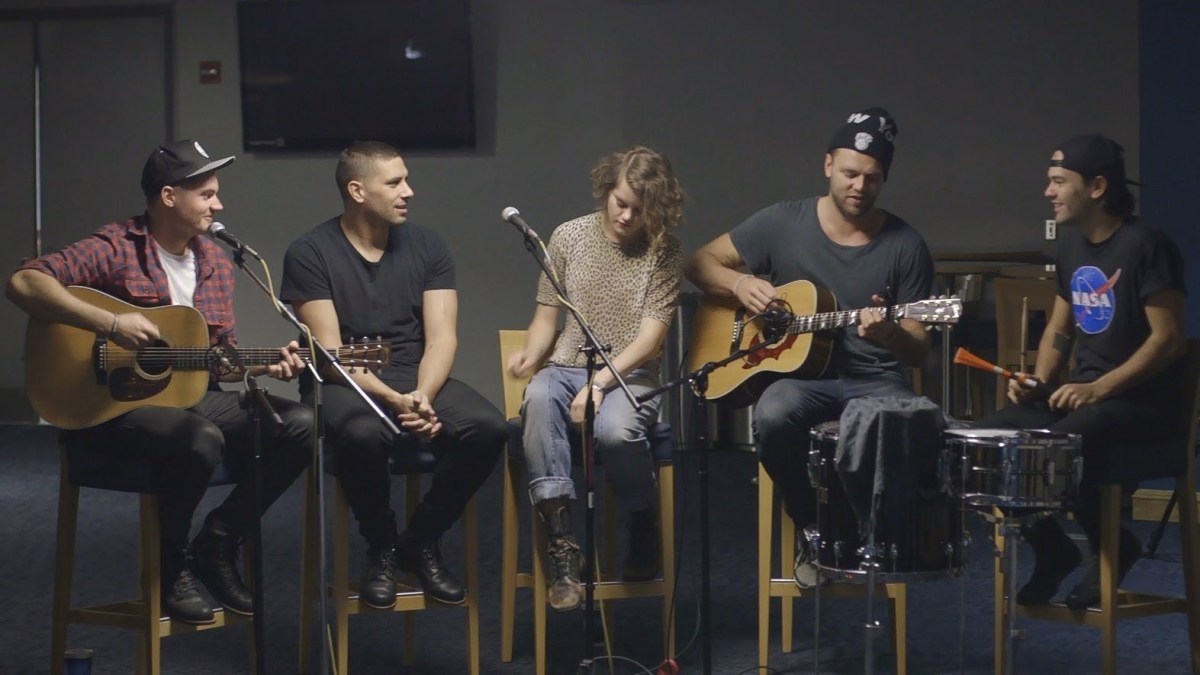