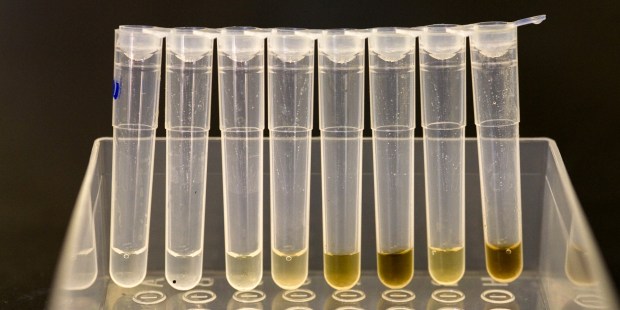 Layla Richards wasn’t supposed to make it much past her first birthday. Doctors told her parents there wasn’t much more they could do for her leukemia.

But her family insisted she be given an experimental treatment that had worked in mice.

The treatment, administered at a hospital in London, was a tiny vial filled with genetically engineered immune cells that were designed to kill her cancer, the BBC reported.

Gene-based therapy like this, involving changing a person’s DNA, have been done before. But in the past, therapies were inserted almost at random and in such a way that they disrupted the natural functioning of some cells — and they became cancerous.

Now, new technologies, with names like called Zinc fingers, Talens and CRISPR, are providing precise targeting and the ability to edit DNA. Said the BBC, they “have opened up a whole new field — genetic engineering — in which not only can new information be inserted, the code of life that is already there can be rewritten.”

But like much in the rapidly expanding field of biotech, there is some trepidation about potentially life-manipulating technologies, especially the very new and revolutionary CRISPR technique. Hundreds of scientists, policymakers and the president’s science adviser gathered in Washington, DC, Dec. 1-3 to give CRISPR a closer look — and discuss its moral implications. The International Summit on Human Gene Editing was co-sponsored by National Academy of Sciences and the National Academy of Medicine, the Chinese Academy of Sciences and the U.K.’s Royal Society.

Developed only in the past four years, the CRISPR technique exploits a natural process used by ordinary bacteria to defend against invasive viruses. It enables rank-and-file scientists — just about anyone with a modern laboratory and the right skills — to alter specific genes within plants and animals and make those changes heritable. This kind of gene editing could potentially be used in gene therapies targeting a variety of devastating, heritable diseases.

But many researchers argue that it is too soon, and potentially too dangerous, to tinker with the human genome in a way that is passed down to future generations. One objection is simply pragmatic: Biological systems are extremely complex, and changing human genes could have unintended and undesirable consequences. And many bioethicists are not comfortable with the prospect that gene editing could be used for purely cosmetic enhancements, or in an attempt to give certain people physical and intellectual advantages.

The Post said that CRISPR is controversial in part because the genetic editing can be passed down to future generations. But there are other aspects, at least in the science’s current state, that many will find troubling. The organizing committee for the summit said in a statement Dec. 3 that it would currently be “irresponsible” to use new DNA editing tools to alter the genomes of human embryos, eggs or sperm in order to produce a baby.

In other words, the experiments can be conducted on embryos, but those embryos should not be allowed to come to term — at least not until “safety questions are resolved and society develops a consensus on ethical and legal issues,” reported Science Insider.

In the U.S., altering the DNA sequences of human eggs, sperm or embryos is currently ineligible for federal funding.

“Our ability to rewrite the human genome at will through precise DNA editing techniques … does raise substantial concerns about misusing the technology,” said Father Tad Pacholczyk, director of education at the National Catholic Bioethics Center, in an interview. “In fact, researchers are already discussing the possibility of going beyond therapies and treatments, and instead, using CRISPR and other gene-alteration technologies to enhance human characteristics. For example, one possible direction would be to engineer changes in the genes of human muscles so that they could be worked harder and longer, thereby enhancing the performance of athletes and soldiers.”

At the international summit MIT researcher Rudolf Jaenisch raised another concern, according to Science Insider: when CRISPR repairs one copy of a diseased gene, it sometimes introduces mutations into the healthy copy.

But the deliberations have just begun, and in the wake of the international summit, the National Academy of Sciences and National Academy of Medicine have commissioned a “comprehensive study of the scientific underpinnings of human gene-editing technologies, their potential use in biomedical research and medicine — including human germline editing — and the clinical, ethical, legal and social implications of their use,” according to a press release.

An ethical consideration will be part of the study: One of the goals of the panel will be to consider whether “current ethical and legal standards for human subjects research adequately address human gene editing.”

In the meantime, there may be more and more uses of the technology like that in the Richards infant’s case.