Why We Love John the Baptist 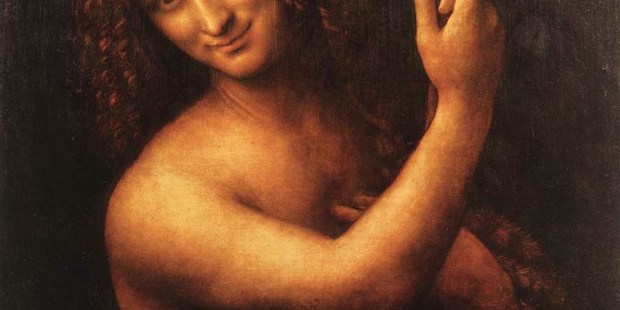 I first became fascinated in 1977 by watching the “Advent man” John the Baptist on the NBC miniseries Jesus of Nazareth. I was 10. In the episode, Michael York jumped on rocks and shouted while wearing his camelhair coat, and to my young eyes he was the very picture of the man of God.

My admiration has only grown as layers of understanding have been added to the shrieking hairy Brit. Now I see why I liked him: his virtues perfectly fit our age.

First, he was utterly authentic.

The way Jesus describes John is perfect for we who value authenticity and individuality so much:

Then he says something amazing: “Amen, I say to you, among those born of women, there has been none greater than John the Baptist.’”

When the Second Person of the Trinity says that about you, you are great indeed.

Jesus loves John for exactly the reasons we love John: because he is fully himself, not dressed up and puffed up but plain and honest. This is the ultimate goal of the spiritual life: to be the opposite of the “spiritual narcissists” Pope Francis is always warning us about — to “become who you are,” as Pope John Paul II puts it.

Second, he was forcefully humble.

He doesn’t make a grand show of humility but he also isn’t a wilting flower either. His humility is a blinking construction sign pointing to Christ with such force that you forget that what you are looking at is a wall of brilliant lights.

“I am baptizing you with water, but one mightier than I is coming,” he says. “I am not worthy to loosen the thongs of his sandals. He will baptize you with the Holy Spirit and fire.”

Jesus actually seems to take a cue from John’s humility. This Monday’s Gospel shows Christ waiting for the exit of John the Baptist before taking the stage himself.

Third, John was a radical moderate.

John the Baptist has two traits not found together enough: he was uncompromising with himself and generous with others.

In the 21st century we tend to be very forgiving of ourselves and unforgiving of others. We excuse behavior in our company or department that we denounce in others; we overlook the flaws of our political party and eagerly point out the other party’s flaws; we are quick to condemn and slow to apologize.

Consider John the Baptist: He lived a life of radical holiness, but when crowds asked him what they should do, his advice was the very picture of civilized discretion. He wore camel hide but recommended cloaks, ate locusts but said “share your food.” He lived in extreme austerity but told tax collectors only, “Stop collecting more than what is prescribed.” He was a voice crying in the wilderness, but his voice to soldiers was, “Do not practice extortion.”

He’s like the religious sister who fills you with consoling words and vivacious encouragement and then goes home and skips dinner to pray a holy hour for you.

But he wasn’t easy on everyone. He didn’t hesitate to speak truth to power. Peter Wolfgang gave the best reason for us to love John the Baptist:

“Christians face persecution in the 21st century West not because we proclaim the divinity of Christ or because we oppose a communist dictatorship or whatever is causing persecution in other parts of the world. We face persecution because we dare to tell our contemporaries that they are engaging in sexual practices that are ‘not lawful.’ Just like John the Baptist, it is not Stalin or Mohammed we face. It is Herodias.”

In the face of the attacks on marriage, Wolfgang suggests we start a devotion to John the Baptist’s martyrdom.

Let’s. But let’s wait until after Christmas Season ends as Advent began … with the baptism of the Lord, a feast celebrating John the Baptist.