Can Christians Profess Faith in Islam in Order to Save Their Lives? 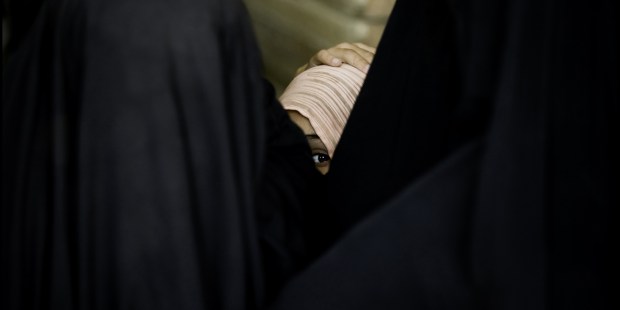 Denying one’s faith is a serious thing, but not everyone receives the gift of martyrdom

Can Christians say the Islamic Shahada, the creed or profession of faith for Muslims, in order to save their lives?

This question was posed recently  by a lecturer in history and theology at St. Paul’s University in Limuru and Nairobi, Kenya. The question at first reading seems straightforward, pressing and very contemporary, especially given the recent massacres of Christians by Islamic extremists in Kenya. Upon closer reading, however, the question is not really all that straightforward. The author mentions Christian leaders in Kenya who hold that, in order the save their lives, Christians can recite the Shahada. The author of the article strongly disagrees. So it is clear that the question is not purely a theological one, i.e., does the Shahada contain anything diametrically opposed to the Christian faith? The answer to that is both yes and no. The first part of the Shahada, “there is no god but God,” is no more problematic for a Christian than is the Shema of the Jews, “hear, Oh Israel, the Lord, our God, is One” (Deuteronomy 6:4). For Roman Catholics and many other Christians, Jews, Christians and Muslims believe in the same God (cf. Vatican II, Lumen Gentium [Dogmatic Constitution on the Church] par. 16). The second half of the Shahada, “and Muhammad is the [emphasis mine] messenger of God,” is much more problematic for Christians.

However, that does not seem to be the purpose of the question. The question seems rather to be one about permission. The author’s stance on this is clear. He speaks of saying the Shahada to save one’s life as “in fact choosing to deny Christ for the sake of self-preservation.” Reciting the Shahada to save one’s life communicates that “my faith in Christ is a faith of convenience …” and such Christians are “self-centered” and “praise the Lord one day and say the Muslim creed the next just to get out of suffering.”

Persecution brings out the best and worst in Christianity, and sometimes the worst comes from unexpected quarters. In the first five centuries of the Church there were two important movements (declared heresies) that dealt with Christians whose faith was not strong enough to die for. These movements were Novatianism (third century) and Donatism (fourth century). Both movements were what is described as “rigorist.” For Novationists, Christians who “lapsed” (lapsi) could never be received back into communion with the Church.” Donatists, though less extreme than the Novationists, were nonetheless very harsh on fallen but repentant Christians. What both movements held in common was the concept as the Church as a “Church of saints, to the exclusion of sinners.” In both cases, the Church disagreed.

It is interesting and ironic that an analogous discussion is going on in Islam. Like the discussion in Christianity, the discussion in Islam goes back many centuries. In Islam, the question is one of apostasy. The question is, basically: is faith solely a matter of the heart or a matter of external observances? If one does not actually deny the faith, even though one does not live by all its precepts, is that person an infidel (kāfir) condemned to hell? The Murjiʽites, who dated back to the first generation of Islam, and the followers of the Ashʽari School of jurisprudence in Islam do not consider such acts apostasy. Shi’ite Muslims have the category of taqiyya, “dissimulation, prudence,” which allows believers to deny their faith under extreme duress. Some Sunni Islamic schools of thought, however, such as the Kharijite, were quick to consider such Muslims infidels and worthy of death and damnation. It is interesting that it is the latter rigorist school of thought that has been picked up by many contemporary salafi-jihadi Muslims and taken to the extreme by ISIS. And so in an ironic example of “opposites meet,” the rigorist position in Christianity finds analogies in the contemporary extremist position in Islam.

Ultimately, however, the question must be treated as a pastoral one. Just as all medical research is geared toward healing, all theology, regardless of how abstract, must be geared toward pastoral practice. It is also a question of one’s ecclesiology or theology of the Church. If the Church is exclusively the community of the “saints, the pure and the heroic,” then there is no place for the lapsed or the weak. If, however, the Church is the community of saints and sinners, the heroic and the weak, if the Church is — as Pope Francis calls it — “the field hospital after a battle” — then there is room for all.

The New Testament describes Jesus as one who came not to the righteous but to sinners (Luke 5:32), not to the healthy but to the sick (Mark 2:17) and as the one who requires mercy, not sacrifice (Matthew 9:13). Christians are suffering terrible persecution in many parts of the world. We are not talking here about discrimination or loss of prestige but rather loss of property, family and life. If we are to be honest, none of us knows how we would react when faced with the threat of violent death. I am certain that those “Christian leaders and academics … who say it is okay to say the Muslim Shahada” are not merely saying it is okay — i.e., one choice among many (equal?) choices. They are fully aware of what kind of a situation one would have to be in to be faced with this dilemma. My suspicion is that some might have used the ancient moral reasoning of a “lesser of two evils.” In any case, regardless of how the question might be posed, the problem is profound pastorally, namely how do we deal with people who did not choose martyrdom. Almost since the very beginning Christians have spoken of martyrdom as a gift. If martyrdom is a gift, then we might have to deal with the fact that it is a gift not necessarily given to everyone. As the history of Christianity has shown repeatedly, the ideal and the reality of a faith heroic to the death have always been two different things. There have been those who died rather than deny their faith and those who did not. To be sure, denying one’s faith is a very serious thing. Several times in the Gospels Jesus speak of denying those who deny him (Matthew 10:31 ff.; Mark 8:38; Luke 12:9). However, that same Jesus also tells Peter he must forgive not seven but 77 times (Matthew 18:22). I really doubt Jesus was setting a higher standard for humans than for God.

Rev. Elias D. Mallon is a member  of the Franciscan Friars of the Atonement.   He obtained a licentiate degree (STL) in Old Testament studies and a PhD in Middle Eastern languages from the Catholic University of America. His articles appear regularly in America and ONE magazines. Elias is the external affairs officer for the Catholic Near East Welfare Association (CNEWA), which supports charitable, educational, health and development projects in the Middle East, Ethiopia, eastern Europe and southern India. Here he is responsible for representing CNEWA at the UN, research and interreligious dialogue.