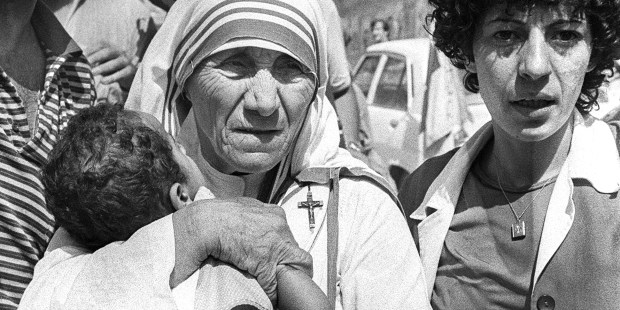 DOMINIQUE FAGET / AFP
Peace Nobel Prize Mother Teresa hugs a child in West Beirut 14 August 1982. Mother Teresa visited the children who were in the Islamic Home which was shelled during the Israeli attacks on West Beirut. The children are now being evacuated to the mountains after living for several days without food and water. Mother Teresa will be beatified, 19 October 2003, in a ceremony in St Peter's Square, Vatican. The beatification ceremony is the penultimate step to being canonised a saint and has been the shortest in modern history. Following the beatification, a second miracle has to be verified by the Vatican before Mother Teresa can be proclaimed a saint. AFP PHOTO DOMINIQUE FAGET / AFP / DOMINIQUE FAGET
Share
Print
Diane Montagna - published on 12/18/15

VATICAN CITY — Pope Francis has reportedly signed a decree approving a miracle attributed to the intercession of Blessed Mother Teresa, paving the way for her canonization.

According to Avvenire, the official newspaper of the Italian bishops’ conference, the pope signed the decree on December 17, the day of his 79th birthday. His decision is expected to be made public soon.

The newspaper predicts the canonization will take place “in all likelihood” on September 4, during the Holy Year of Mercy.

The miracle, required for canonization, took place after beatification and involved the inexplicable healing of a 42-year-old Brazilian man in 2008 who was suffering from a deadly brain disease. Family members prayed to Mother Teresa for the healing of the man, who rapidly recovered, Avvenire said.

On December 15 a commission of bishops and cardinals of the Congregation for the Causes of Saints gave a “unanimously positive verdict” on the miracle, supporting an equally unanimous declaration September 10 by the congregation’s medical board that the man’s healing could not be scientifically explained.

Blessed Mother Teresa was born Anjezë Gonxhe Bojaxhiu of Albanian parents in Macedonia in 1910. After founding the Missionaries of Charity to help the poor on the streets of Calcutta, she won the Nobel Peace Prize in 1979. Pope St. John Paul II beatified her in 2003.