What It Means to Have Been Mentored by Mother Teresa 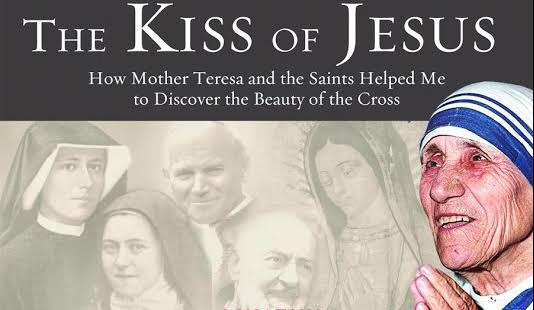 For author and EWTN program host Donna-Marie Cooper O’Boyle, there could have been no more welcome or gratifying news than today’s announcement that Pope Francis has approved a second miracle attributed to the intercessory prayers of Blessed Mother Teresa, and that her canonization will happen next year, probably in September.

In her recently released memoir, The Kiss of Jesus: How Mother Teresa and the Saints Helped Me to Discover the Beauty of the Cross (which this writer found to be a courageous, sometimes stunningly personal and triumphant story) Cooper O’Boyle writes of meeting Mother Teresa at a Mass in Washington, DC, during which her toddler daughter had become fussy. Approaching the family later, the small nun reached out to them, saying, “Is this the baby who was singing at Mass?”

On the strength of that encounter, Cooper O’Boyle later decided to write a letter to Teresa, pouring out her heart full of concerns but expecting nothing in return. A few weeks later, though, there was a response:

“I’ll never forget pulling it out of the mailbox and seeing the Calcutta, India, return address in the corner of the envelope. … As I read, my heart rejoiced to realize the care with which Mother had chosen her words. Later I heard from some sisters that she had composed the letter on an old typewriter, late at night. With so many other duties, she nevertheless had taken the time to write me back.”

Over the course of years, Cooper O’Boyle would receive twenty-two letters from the future saint, who became a friend and mentor. “She was extremely down to earth and totally in touch with the practical needs of the day,” writes Donna-Marie. “She was no stranger to the realities of modern life and therefore was able to counsel people in a prudent and appropriate manner, all the while being in touch with the spiritual side of things too.”

With today’s announcement, Aleteia was able to get the author’s first reaction to the news that her beloved friend will soon be called a saint in the canon of the church:

You must be so excited. What did you do when you learned the news?

What wonderful news to wake up to on a special day for me. Today is the anniversary of my baptism! To answer your question, immediately after I heard the news I was answering requests for interviews, so I needed to tend to that right away and then get ready for a scheduled Skype TV interview about my memoir.

As the news sinks in today, I am feeling utterly thankful to God for blessing his very undeserving servant with the gift of having known this beautiful woman. I think as I have more of a chance to pause and ponder (at such a busy time of year — exactly one week from Christmas!), I will be meditating more deeply about this news and what it means to me and the whole world. I can’t wait to get to Mass later tonight to allow it all to congeal even more in my heart as I thank God for the news.

In your book you beautifully recount how Mother Teresa influenced you and even ministered to you and mentored you on a very personal level. Can you share a little of that?

To know Mother Teresa was a blessing I am certain I did not deserve. But I really never questioned it as it was unfolding in my life, nor did I understand why it was happening. In retrospect, I am deeply thankful that I can try my best to pass the blessings that I received onto the world.

Yes, Mother Teresa became a spiritual mother, a mentor and a friend to me. She actually prayed and guided me through some pretty trying times. She taught me so much during the ten years that I knew her, and I believe she still does from heaven. I constantly call upon Mother Teresa’s intercession and believe that her lessons of love are accentuated more and more in my life.

The canonization comes during the Year of Mercy. What does that say to you?

It’s pretty amazing timing, actually. Then again, God’s timing is always perfect. I think it’s absolutely great to have Mother Teresa’s canonization happen during such a momentous Jubilee Year of Mercy. I can’t even imagine the graces that will abound (and the ones that have already). God is certainly blessing the world with such an amazing witness of love and mercy. If we could all pray and work hard to emulate the virtues of this holy, humble, and tireless worker of God’s love and mercy (still working though she’s in heaven!), imagine what our world could be like!

Can we expect to see you in Rome in September, then?

I am totally leaving that up to God. In fact, during my busyness in responding to the news this morning, I actually stopped what I was doing and asked Our Lord to allow me to be there in Rome only if it is his holy will for me to be there at that time. He knows what is best.