There’s Not an App for That: The Catholic Ideas of Matthew Crawford 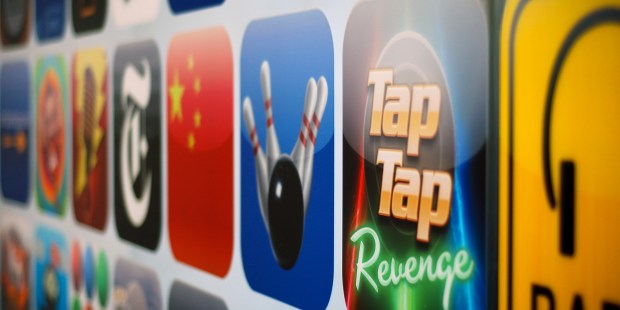 Want to hear your favorite song when you’re driving to work? You don’t have to bother waiting for it to come on the radio, or remember to bring the CD with you when you leave the house, or even fiddle with that ungainly USB cord to connect it to your car’s audio system. In fact, you don’t even have to use your hands or fingers at all, slow and troublesome as they are at carrying out orders. As we say now, there’s an app for that. Just tell Siri to sync your phone with your Bluetooth stereo, instruct her to play the song you desire from Spotify and voila — your wish is granted.

The way we listen to music now is but one area in which we can glimpse the ultimate goal of modern personal technology: to integrate seamlessly our desires with reality. The limits of time and space necessarily stand in the way of this goal. In his recent book The World Beyond Your Head: On Becoming an Individual in an Age of Distraction, Matthew Crawford, a philosopher and a working motorcycle mechanic, uses such varied sources as Disney cartoons and casino gambling to demonstrate that our age is relentless in encouraging us to retreat from the physical world into a virtual one that aims to operate at the speed of thought. This virtual reality is accessible to us now by touch screen and voice-activation, but who knows what it will be tomorrow? A computer chip in the brain, perhaps?

Crawford argues that this state of affairs is deeply unhealthy and dangerous to our becoming genuine individuals. He traces its roots to the Enlightenment, when philosophers began to assert that we are most free when we eliminate all external influences on our wills. Though it was intended to liberate us, this line of thinking, Crawford claims, has had the opposite effect in our consumer-driven age. If we think of ourselves as ultimately removed from the world around us, we grow vulnerable to the efforts of moneymaking enterprises to tell us who we are, what we want, and then exploit us until our pockets are empty. The isolated, distracted consumer is a slave, not a free individual.

Crawford is not your run-of-the-mill naysayer, however, eager to rant about the depravity of society without offering a way to improve it. As his title suggests, he argues that we become true individuals not by retreating from but by venturing out into the world beyond our heads. In encountering things, we encounter ourselves, he claims, and he looks to short-order cooks, jazz musicians and organ-makers, among others, as professionals whose occupations require them to do just that. Overall, he is hopeful that a revitalization of the arts, crafts and trades can re-ground us in firm reality.

Crawford does not argue from or toward any set of religious values, but his points are deeply resonant with Catholic ones. In a sacramental understanding, the world outside our heads does matter, is real and is inextricably wrapped up in any attempt to talk about who we are. We are bodies as well as minds, the Church teaches, and it is fundamentally opposed to any worldview predicated on the avoidance of discomfort on an attempt to make the world fit our desires, rather than the other way around.

It is not a far leap from Crawford’s points about the importance of material reality to Catholic social teachings. If, as Crawford suggests, consumer culture trains us to think of the world outside our heads first and foremost as an obstacle, how can we be expected to approach it as something to be treated with love?

His observations are especially relevant as we embark on our Year of Mercy. The world around us happens to include other people, who often present difficult, even repugnant challenges to the supremacy of our own wills. How will a population habituated to the smoothness of touch screens handle the crisis of caring for infirm, drooling baby boomers? Or helping those caught in the web of deep poverty and homelessness? There’s no app for that, we might say.

In fact, we might think of mercy as an anti-app. In being merciful we are called not to swipe away from difficult situations but instead to embrace brokenness wherever we find it, whether in ourselves or in the world around us.

The mystery of the Trinity teaches that we exist in communion and that we discover who we are not when we retreat into a private reality that we control but when we enter into relationships with others. Crawford’s ideas are important, especially for Catholics. The more we engage the world beyond our heads, the better suited we will be to treating it with mercy.

Mike St. Thomas teaches English at a Catholic high school in Rhode Island, where he lives with his wife and daughters. He writes about literature and Catholic education at thecatholiclitclassroom.blogspot.com.