Worth More Than Sparrows … or Frogs 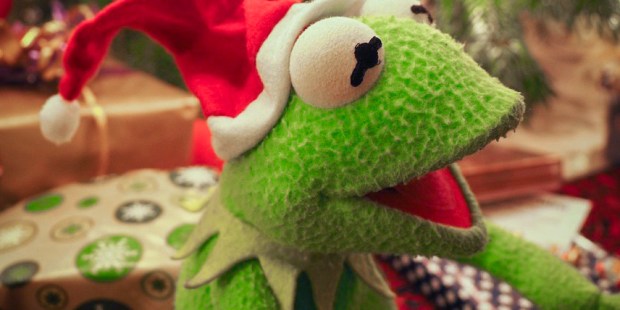 It is a huge investment God has made in us …

The Word of God in all its power comes to us first in a very fragile condition.

The Church Fathers used to speak of the “abbreviated word,” verbum abbreviatum. It was a source of puzzlement and wonder. God knows our limited capacity for understanding, so the divine Word trimmed itself to suit our abilities so we could better comprehend it.

The “abbreviated word” did not appear in its expanded form. Instead, the Word came without overwhelming power and splendor in accessible human form.

This was always the manner of God’s revelation. It reached its peak in the incarnation, when the second person of the Trinity became subject to space and time and all other human limitations.

In so many ancient Christmas homilies, bafflement and joy is expressed that the Word should — that it could — have become a speechless infant in arms. It helps to remember that the Latin word infans has as its literal meaning “one who does not speak.”

Which bring us to Christmas images. If you are trying to implant Christmas scenes in your head this season, here is a suggestion.

Forget your magic snowmen, picturesque scenes of “over the river and through the woods,” sparkling flakes of glistening snow, all used here and there to describe the wonder of Christmas.

Snowmen melt. Whizzing over the river in winter will get you fishtailed into a ditch. Glistening accumulations of snow means, for me, getting down the huge scoop shovel my father-in-law, way down in sunny South Carolina, gave us for a wedding present.

For Christians through history the authentic wonder of Christmas all comes down to a baby, the speechless Word of God, a verbum abbreviatum.

The doctrine of the incarnation means that the creator of all things took on human form and became man. How astonishing! As a human baby, Almighty God, maker of heaven and earth, surrendered himself to all the human limitations and indignities we experience — aching feet, hungry belly, the whole deal and ordeal of human life.

Suppose — I am searching here for a comparison — it was possible that a human being could incarnate as a frog. This would be to a high purpose of course, namely, to teach all frog-kind everywhere how to live fully and completely in harmony with the true purpose and destiny intended for frogs.

Our hypothetical human-incarnated-as-frog would live fully as frog. Being frog he would start life in a slimy pool of water encased in the goo and goop of frog-egg jell-o, progressing from there in appropriate stages from a gill-breathing tadpole and on to the first inhalation of air on land, snapping flies and, somewhere along the way, teaching fellow frogs with a clarity that somehow rises above the incessant croaking all around.

I am thinking icky. But divinity becoming human must compare to that in some way, the self-humiliation of Divinity in abject love for humanity. A human-incarnated-as-frog would require some supreme love of and for frogs, do you think?

Of course, we are not frogs. Most of what I know about frogs comes in fact largely from their deep-fried legs piled high on the $8.99 special at Gulf Stream Fish; yeah, they taste like chicken. So maybe my human-to-frog comparison is not the best.

Jesus said we are worth more than sparrows. Frogs too, I’d guess. As the psalmist put it, in point of fact, when it comes to humankind we were made just a “little lower than the angels.”

It is a huge investment God has made. We never know how big it is until we see it so small at Christmas: the divine Word, abbreviated to silence, enfolded within Mary’s arms.

Russell E. Saltzman is a web columnist at First Things who lives in Kansas City, Missouri. This essay first appeared in his book The Pastor’s Page and Other Small Essays.