Will 2016 Be the Year of the Transgender? 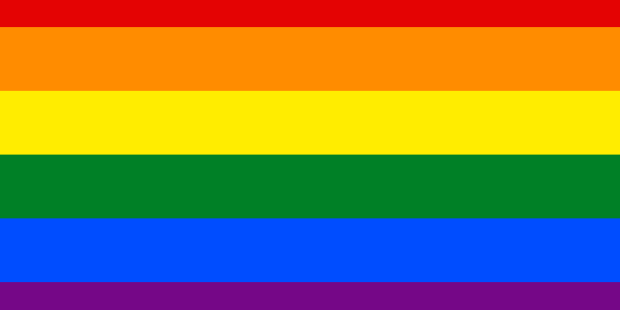 In 2016, what Pope Francis calls “gender theory” will continue to dominate headlines, this time on behalf of transgendered people seeking equal rights.

The “coming-out” of Caitlyn Jenner as a transgender put the issue squarely in the public’s consciousness, and the Obama Administration has taken up the cause, supporting bans on therapies to help young people overcome confusion about their gender. New York City now can fine an employer for refusal to use a transgender employee’s preferred name, pronoun, or title.

Now comes news that Medicaid and some insurance companies are covering sex reassignment surgery. The New York Times recently profiled a low-income, HIV-stricken African American man and his struggle to fulfill his dream of becoming a woman. The man, Kricket Nimmons, had Medicaid cover the surgery.

But if such a radical move is getting easier, some psychiatrists and other thinkers are warning potential gender jumpers to think long and hard first.

Young people with “gender dysphoria” generally have conflicts over the prospects, expectations and roles that they sense are attached to their given sex, said Dr. Paul R. McHugh, in a recent article at Public Discourse. McHugh, who was psychiatrist in chief of Johns Hopkins Hospital for 26 years, said they should see therapists who guide them in ways that permit them to work out their conflicts and correct their assumptions.

Another type of transgendered person is a man who can be sexually aroused by the image of himself as a woman, McHugh wrote. Men with such feelings should be treated for those feelings rather than being encouraged to undergo bodily changes, he counseled.

The Catholic Church did not ignore the issue of transgenderism during its two-year-long look at family issues. In the final document of the Synod on the Family this fall, the Vatican said “gender ideology … denies the difference and reciprocity in nature of a man and a woman and envisages a society without gender differences, thereby removing the anthropological foundation of the family.”

“According to our faith, the difference between the sexes bears in itself the image and likeness of God (Gen. 1:26–27),” the synod wrote.

Around the same time the Synod issued the document, German Bishop Rudolf Voderholzer said that the Church wishes to help people live in accordance with their nature. “Nobody is condemned for having difficulties accepting his biological gender,” he said in a homily in his Diocese of Regensburg, according to Catholic News Agency, “but then someone has to help them accept their masculinity and their femininity. This is not surgically possible; it is only possible with human and pastoral care.”

The process of maturation, he added, “can only be successful with nature, not against it.”

Dale O’Leary, author of The Gender Agenda, said the confusion some young people have about their gender is treatable, but parents have to be willing to cooperate. She endorses “forgiveness therapy” for people who feel drawn to the transgender lifestyle.

“Robert Enright and Richard Fitzgibbons wrote a book on it,” she said. “Forgiveness is crucial, with same-sex attraction and gender identity, that there’s a tremendous burden of resentment; there’s been abuse, often sexual abuse, and forgiveness is the only way to freedom. Jesus was right: ‘Forgive us our trespasses as we forgive those who have trespassed against us.’ And when we deal with someone who has these problems, the resentments are justifiable, but they’re usually huge. They really have been victims. We have to understand that, we have to love them, we have to care for them.”

2015 saw the US Supreme Court ruling in Obergefell v Hodges, which forbids states from restricting marriage to one man and one woman, and in Ireland a majority of citizens voted to legalize same-sex “marriage.” Even as those stories predominated public discussion, Pope Francis was critical of what he calls “gender ideology,” publicly wondering “…whether the so-called theory of gender is not an expression of frustration and resignation, which tries to erase sexual differences because it doesn’t know how to handle them” and noting that “the difference between man and woman is not for opposition or subordination, but for communion and procreation, always in the ‘image and likeness’ of God”

In discreet remarks made to the United Nations during his September visit to the United States, the Pontiff said. “This common home of all men and women must also be built on the understanding of a certain sacredness of created nature.”