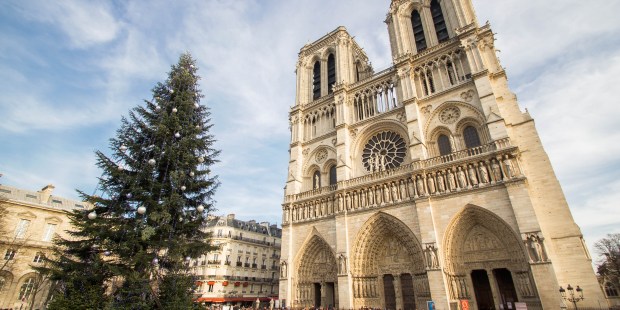 Churches may have been the most secure places in France at Christmastime. Coming just a month and a half after the terrorist attacks in Paris, Christmas Eve and Christmas Day saw around 120,000 policemen, gendarmes and soldiers stationed outside Christian houses of worship.

But in one town in northern France, a Catholic church had some extra protection, thanks to a goodwill gesture on the part of local Muslims.

A dozen Muslims came to symbolically protect the church in the town of Lens in the province of Pas-de-Calais during Midnight Mass Thursday, the Paris daily Le Figaro reported.

The decision came after France’s Interior Ministry issued warnings that “particular vigilance” should be practiced during Christmas Mass, PressTV reported.

“It is quite normal that Muslims respect other religions and a strong gesture that honors all Muslims shows that they are alongside our fellow citizens” after the attacks in Paris, said Abdelkader Aoussedj, president of the Federation of Muslim Associations of Nord-Pas-de -Calais. The initiative was intended to “give a different image of Muslims.”

“We would have liked this to happen everywhere else, especially at a time when Muslims are stigmatized,” he said. “This is the true Islam, it has nothing to do with these fools, these bad apples.”

Some 200 faithful attended the Mass. The pastor showed his appreciation of the gesture by presenting the Muslim representatives a “light of Bethlehem.”

“It is a great pleasure to receive this light today for peace,” a representative of the Islamic group said in front of the congregation. “Islam is also a religion that calls for peace.”

“They are our brothers. And as we are their brothers, there is no reason that we do not share that light with them. We have a lot in common, very few differences,” a parishioner said.”

Not everyone was so sanguine, however.

Robert Ménard, mayor of the southern French town of Béziers, commented on a similar gesture there, saying, “Since when do arsonists protect from fires?”