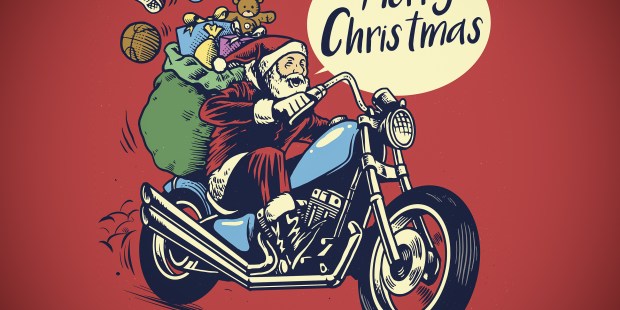 “What difference does it make?” Does our celebration of Christmas do anyone any good?

“What difference does it make?”

Perhaps the most incendiary question in recent American politics ought to be raised as we make our way from the Solemnity of Christmas to the start of the new year. The Church has had its big buildup toward Christmas with the season of Advent; the secular world had its big buildup toward Christmas with the orgies of consumerism known as Black Friday and Cyber Monday. In the First World, at least, the immediate aftermath of the Christmas season seems to be bloated waists from overeating and bloated debt from overspending. In other parts of the world, where Christians are daily subjected to genocidal violence, I think we may be obliged to think of Christmas and ask, “What difference does it make?”

The messianic era of peace, when “the lion shall lie down with the lamb” (Isaiah 11:6) appears to have been delayed. If many hearts have been changed for the better since December 25, 2015, I have not seen much evidence for that good news reported in the headlines I search through daily. As I reflect on the First Coming of Christ, and ask that awkward question, “What difference does it make?,” I find myself thinking less of Luke and Matthew and their account of the First Coming of Christ and more of Yeats’ wrenching poem, “The Second Coming,” with its haunting first stanza:

Turning and turning in the widening gyre
The falcon cannot hear the falconer;
Things fall apart; the centre cannot hold;
Mere anarchy is loosed upon the world,
The blood-dimmed tide is loosed, and everywhere
The ceremony of innocence is drowned;
The best lack all conviction, while the worst
Are full of passionate intensity.

As I write this on December 28, 2015 (the Feast of the Holy Innocents), at least on the surface, Yeats seems more applicable today than Isaiah 11:6. It is hard not to feel disappointed by how seemingly little has changed for the better since our most recent celebration of Christmas. But perhaps that is so because we have been immersed (at least in the First World) in an overly sentimental, infantilized presentation of the holiday that celebrates Christmas toys and “magic” rather than Christ’s mission and grace. In other words, if Christmas seems trite and the “difference it makes” seems trivial, that may be because we have lost sight of the fact that the Son of God, given to us as an infant, was born to live among us as a man and die for us as a savior. The meaning and power of Christmas can be obscured if we forget the purpose of the Incarnation of Christ.

Please read and pray over St. Ignatius Loyola’s contemplation of the Incarnation. There we see clearly that the Son of God became son of Mary as part of the divine plan to save man and creation from sin and bondage to Satan. So understood, we can agree with Monsignor Pope’s essay, “Christmas Isn’t Candy Canes — It’s D-Day in the War Against Satan.” And then we would do well to recall Winston Churchill’s description of D-Day’s part in World War 2, “not as the beginning of the end but as the end of the beginning.”

The First Coming of Christ at Christmas is the visible beginning of the divine war to reclaim creation and man its crown, from the usurper and rebel who is Satan. The war was won at Calvary, and will be completed with the Second Coming of Christ in glory. We now find ourselves between the first arrival of Christ and His return. During this era, these last days, we should not be surprised when we see violence, strife, confusion and hatred — all characteristics of war.

The outcome of the war is not in doubt — Christ is victorious! That is why Joseph Pearce rightly speaks of “The Comedy of Christmas.” What is in doubt is our role in the war between good and evil. Whose side are we really on? Shall we be courageous or cowardly? Shall we live and die badly or well? How we live our answers to those hard questions, these questions of life and death and eternal life and death — that will constitute our reply to the painful question, “What difference does it make?”

Contrary to the secular world, the Christmas season is not yet over. The Church calls upon us now to meditate on the soul-forming, creation-changing fact of the birth of the Christ. (Let St. Ignatius Loyola’s contemplation on the Nativity be the guide for your prayers during these sacred days.) We can decide for ourselves, and help those around us to decide that the difference made by the birth of Christ is that honest, humble, grateful people of faith can fall in love with their Creator and his creation. Fired by such love, we can choose to play our part, great or small but always truly costly, to join with the Christ of God to restore the kingdom of God. If we do that, then lives will be saved and souls will be saved and, best of all — God will be glorified.

When I write next, I will speak of the possibilities and perils of New Year’s resolutions. Until then, let’s keep each other in prayer.