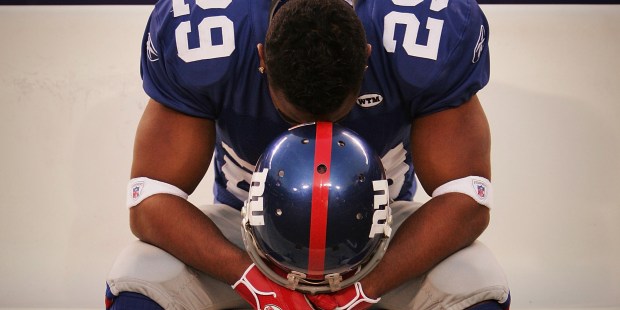 Things will get worse, but that itself is the condition for things getting better

“You should write something hopeful for next year!!!” said my friend. The multiple explanation points are hers. She’s a cheerful person for whom the future stretches out as bright and promising as an early spring sunrise. I am a childhood New York Giants fan. Even when life goes wonderfully, I feel like the Giants on the play before they lose the game in the final seconds. It’s a mixture of irrational hope with rational dread.

If you are not a football fan, let me explain that the Giants are a team that’s rarely as good as it should be, and when it is, they can still find a way to lose. The very first game of this season, they had the game won and then made a boneheaded, rookie, incomprehensible mistake that gave the Dallas Cowboys (a.k.a. Satan’s Team) enough time to win. The season went on like that. The childhood fan hopes for a playoff run next year, but in the way you hope for an inheritance from an uncle you never knew about.

But since my editor said the same thing as my friend, I shall try. She didn’t say I had to be happily hopeful.

This is good, because I think the Catholic’s reasons for hope in the coming years lead through pain. The Church still has a recognized importance. Even hard secularists know the Catholic Church is something to deal with.

But political operatives and reporters are beginning to realize it’s not the powerful body it once was. The bishops don’t really affect their people’s voting. They can’t rally many of their people even to oppose an open attack on the Church like the contraceptive mandate. Most Catholic couples use contraception, and you would have to look very hard to find a Catholic executive in the upper levels of a large corporation who pays attention to Catholic social teaching.

We’re in for a hard time when the anti-Catholic forces finally understand how much power they have. To take one practical example, the tax exemption for churches will be a secularist target and it’s more vulnerable than most religious people think. Years ago, the IRS took away the fundamentalist Bob Jones University’s exemption for what the agency believed its racist policies, and few Christians objected. Nearly everyone, including Catholics, accepted its first amendment right to order its life that way but also asserted that the first amendment didn’t require the government to offer the indirect support of tax exemption. A social consensus governs these things.

It might not be long before the Church’s positions on sex and sexuality will be considered equally unacceptable and unworthy of even indirect public support. The social consensus is already shifting. Why support an institution that bars its most important jobs to women and homosexual people? Why enable such oppression, which is (so the new social consensus insists) no different from Bob Jones preventing students of different races from dating? Just a serious threat to remove the tax exemption will be enough to convince many Christian leaders — and that group would include bishops and priests — to stop speaking for Christianity in public life, and the actual removal would cripple the Church.

If I had more space, I could offer many other reasons for worry and gloom. The trends run against the Church’s interests, especially her obvious and concrete interests, like not paying property tax. Catholics should not underestimate how much hatred for the Church many secularists feel and how little real belief they have in the constitutional protections for religion. Freedom of religion as it’s been practiced in America since the beginning will be one of those antiquated beliefs the “living constitution” no longer requires.

That will cause part of the pain the Church and her people will suffer in the next few years, but hope will come through that pain. Some people romanticize the Church’s alienation from mainstream American society, as if we were an Amish community, and much of that’s dreamy unrealistic romanticism of the teenage variety. Losing her tax exemption, or even facing the serious threat of removal, will hurt the Church very much. It’s foolish to think otherwise.

But still. The Church is at her best when her back’s against the wall, when being a Catholic costs her people, so that they (which is to say, we) have to decide to be Catholic and therefore will work harder to make the sacrifice worthwhile. If you’re going to suffer, you might as well get something out of it. If you’re going to lose something for God, you’re going to want to get to know him better and take what he offers.

That’s a hopeful vision for the future, though one offered without multiple exclamation points. God created the Catholic Church as a thing that springs back and reforms itself when the world hits it hard. But there’s still a lot of pain to be suffered between now and then. That’s why it’s hope, not optimism.