Sleep in Deep Peace: Study Suggests Avoiding Alzheimer’s May Be Simpler Than We Think 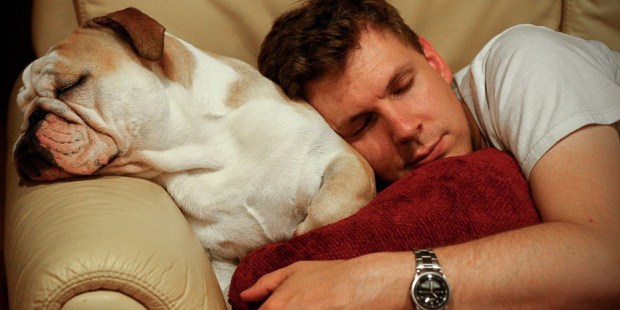 Early January: the time right after the winter solstice when the sun’s later rising encourages some good sleeping in …

But soon we’re struggling to get back into work mode, following (perhaps) a few days off between Christmas and New Year’s celebrations.

Now, there’s a study out suggesting that we may not be getting enough of that solid sleep and that people are developing Alzheimer’s disease as a result.

The brain appears to clear out toxins linked to Alzheimer’s during sleep, Iliff explains. And at least among research animals that don’t get enough solid shut-eye, those toxins can build up and damage the brain.

Iliff and other scientists at OHSU are about to launch a study of people that should clarify the link between sleep problems and Alzheimer’s disease in humans, NPR said, noting that sleep disorders are very common among people with Alzheimer’s.

In 2013, Iliff was part of a team that discovered how a lack of sleep could be speeding the development of sticky amyloid plaques that flourish in the brains of sleep-deprived mice. A cleansing process known as the glymphatic system takes place in the brain during deep sleep: cerebrospinal fluid on the outside of the brain begins to recirculate back into and through the brain along the outsides of blood vessels, allowing the brain to clear out toxins.

Researchers will need to study the cleansing process as it occurs in people, and they won’t have to open subjects’ skulls to do so. OHSU has one of the world’s most powerful magnetic resonance imaging machines, so sensitive that it should be able to detect changes that indicate precisely when the glymphatic system gets switched on in a person’s brain, Bill Rooney, who directs the university’s Advanced Imaging Research Center, told NPR.

When humans enter deep sleep, and toxin removal begins, there should be a particular change in the signal coming from certain salt molecules. That would indicate that fluid has begun moving freely through the brain.

If successful, the research may ultimately pave the way to new treatments.

“It could be anything from having people exercise more regularly, or new drugs,” Rooney said. “A lot of the sleep aids don’t particularly focus on driving people to deep sleep stages.”

There’s just one thing they’ll have to do first: figure out how to allow people to fall asleep in the noisy, cramped environment of an MRI machine.