The key to getting through winter? Hygge! Gemutlichkeit! 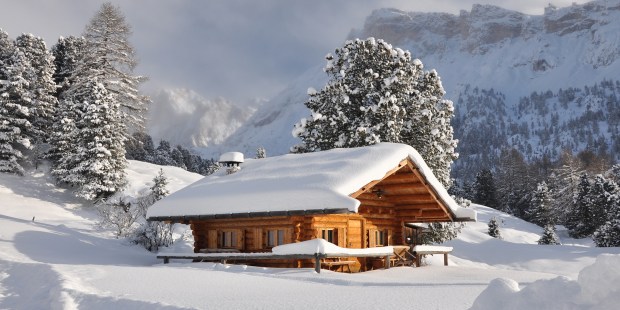 Cold weather doesn’t have to make you miserable. Take a page from the Danes

Despite the fact that I hate being cold, there’s something I miss about the winters I spent growing up in Nova Scotia. It wasn’t just eating hot maple syrup dribbled on freshly fallen snow or reading by kerosene lamp when storms downed the electrical wires; it was something more, something akin to the Danish concept of “hygge.”

Hygge, pronounced something like HYU-gah, a Norwegian word, is a concept lacking an equivalent in English. It’s related to “togetherness” and “coziness” and feelings of well-being, but those words don’t quite cut it.

Hygge is more of an experience and a feeling than a particular action or physical activity, but the easiest way for Americas to understand it might be to conjure up the feeling that pretty lights, time with family and friends and enjoying traditional foods and events evokes around Christmastime.

Lotte Hansen, a library science student from Aalborg, Denmark, told a writer in Mother Nature Network back in 2013 that hygge goes beyond Christmas, however; it’s a pervasive, year-round spirit. “It’s like a mood you have. We can see hygge in many things, in many situations.”

Helen Dyrbye, author of Xenophobe’s Guide to the Danes writes, “Coziness relates to physical surroundings — a jersey can be cozy, or a warm bed — whereas hygge has more to do with people’s behavior toward each other. … It is the art of creating intimacy: a sense of comradeship, conviviality and contentment rolled into one.”

The Danes aren’t the only ones with such a concept. The Germans have something called “gemütlichkeit” (GEH-mootlik-kite), which refers to a sense of comfort and coziness, contentedness and relaxation. “Constanze” at German Language Blog writes,

A soft chair in a coffee shop might be considered “cozy.” But sit in that chair surrounded by close friends and a hot cup of tea, while soft music plays in the background, and that sort of scene is what you’d call gemütlich. Some might say that the Weihnachtsmärkte (Christmas markets) in München have a very gemütlich atmosphere. Gemütlichkeit has social connotations, but it is not restricted to that — you can experience it on your own too. Another, less-common meaning refers to the comfort of a well-off, middle-class life. In short, it refers to the comfort of an atmosphere or situation more than it does to the comfort of physical objects. Its definition is very vast!

So why don’t Americans have something similar to hygge or gemütlich? Well, it might be because as a culture we’re too rushed. Hygge and gemütlichkeit are culturally reinforced mind-sets, but they must also be cultivated. And there must be time do so.

If I think back to those Nova Scotia winters, I remember how the cold weather slowed things down, which helped us forge an appreciation for the simple pleasures — spotting fresh animal tracks in the woods, sitting by the wood stove, enjoying a cup of hot tea with homemade scones, visiting with neighbors who stopped in while snowshoeing. Things like this, taken together, provided a sense of place, and of comfort and community.

These may be more indicative of rural life, certainly, but the city can allow us some of this too.

I remember taking a solo trip to New York City and getting stuck in a snowstorm while staying at my cousin’s Tribeca apartment when she was out of town. Sitting in a small neighborhood cafe with a steaming cup of chai latte and homemade croissant, chatting with other patrons coming in from the snow, watching people on the streets smile and nod at each other — all of it provided a great sense of connection and togetherness and an experience of warmth and coziness. That may have been my favorite trip ever to the Big Apple, now that I think about it.

Winter may be hard to get through for some of us, but it offers us a terrific opportunity to slow down and create moments that bring our souls (and those of others) comfort and healing. Concepts like hygge and gemütlichkeit aren’t complicated; they’re rooted in practices we’re already familiar with: hospitality, conviviality, rest and renewal.

And if you wonder why Americans should even care about a Danish concept like hygge when it comes to getting though winter — or any time of year — consider the fact that Denmark was ranked the happiest nation on earth in 2013 (third in 2015) in the UN General Assembly’s World Happiness Report, which ranks countries according to various measures of well-being. As for the US, we came in 17th (behind colder countries like Norway, Switzerland, the Netherlands, Sweden and Canada).